Both a bull and bear wave counts at the quarterly chart level may remain valid.

Summary: The bearish Elliott wave count expects a downwards trend has begun. The long-term target is re-calculated at 77.80.

The bullish Elliott wave count expects a third wave up is beginning. The first target is at 138.62. 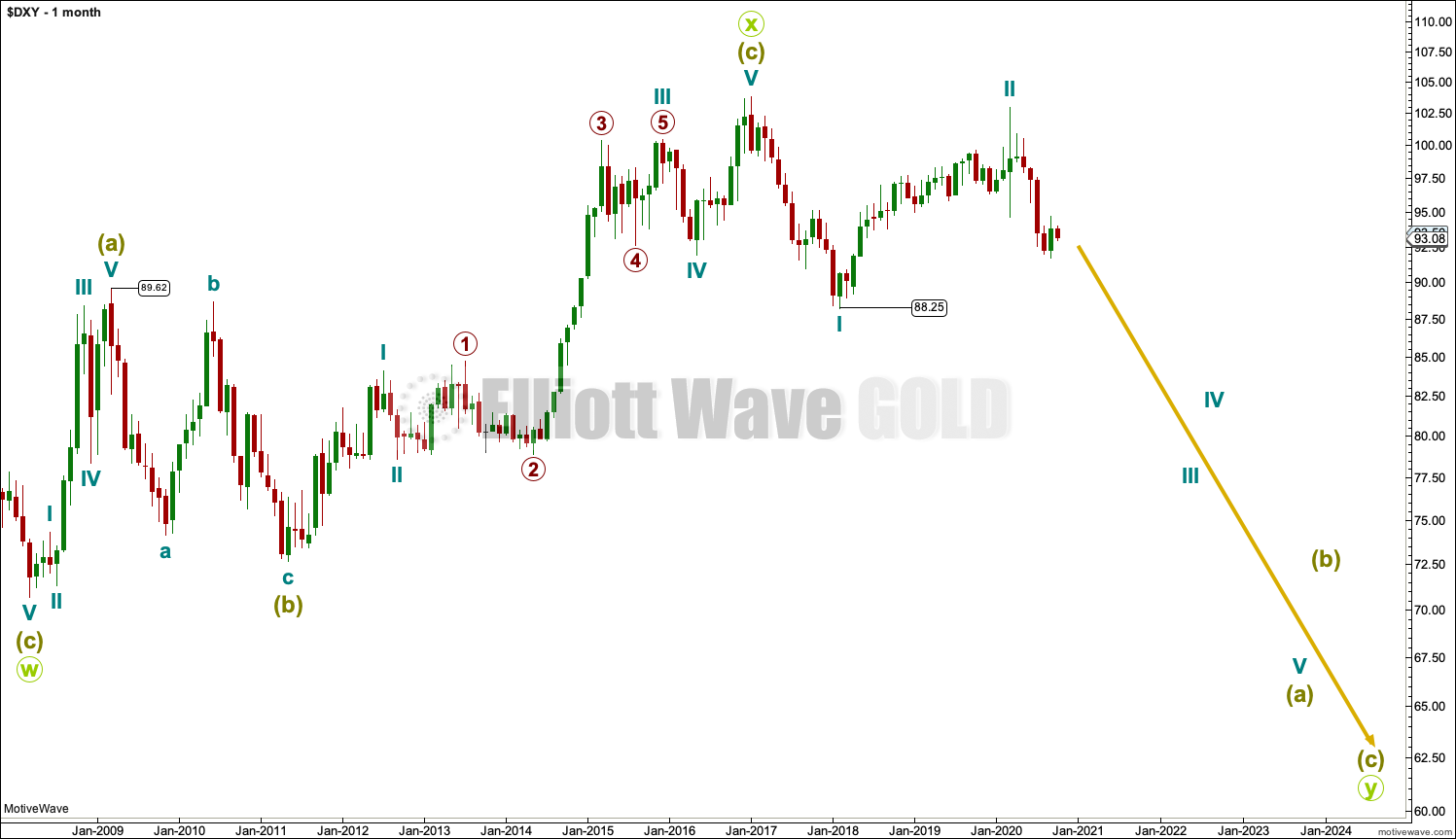 That indicates the last big wave up may be a completed three, and for that reason this is still my slightly preferred wave count. 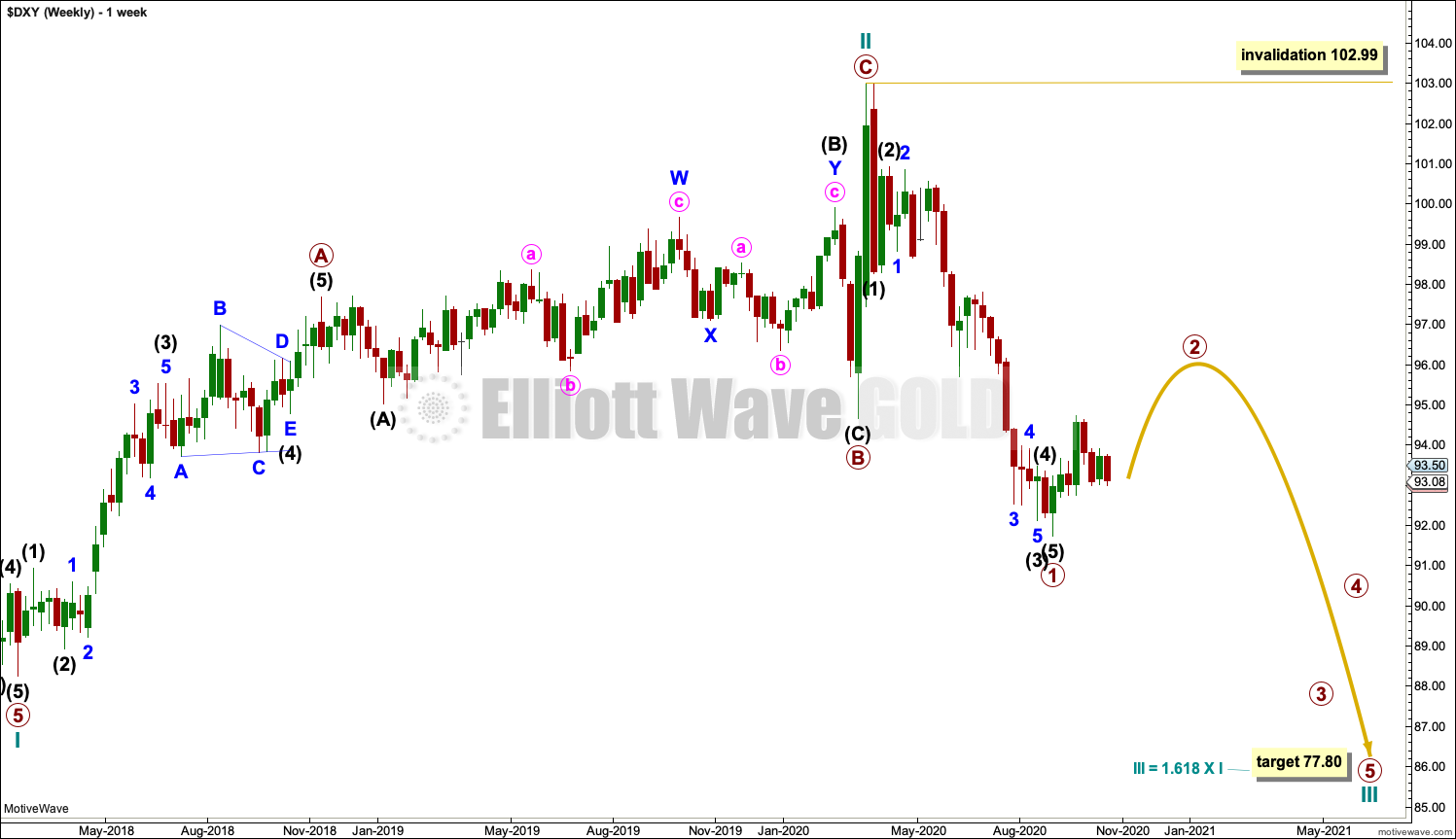 For the USD Index, historically the first second wave correction within a new trend is usually extremely deep, about 0.80 to 0.90 of the first wave it corrects. Cycle wave II may have continued higher within the last year to now be 0.95 the depth of cycle wave I, following normal behaviour.

Cycle wave II may be complete as a zigzag, which is the most common type of corrective structure.

Primary wave B may be a completed expanded flat.

Primary wave C may be a completed five wave impulse. 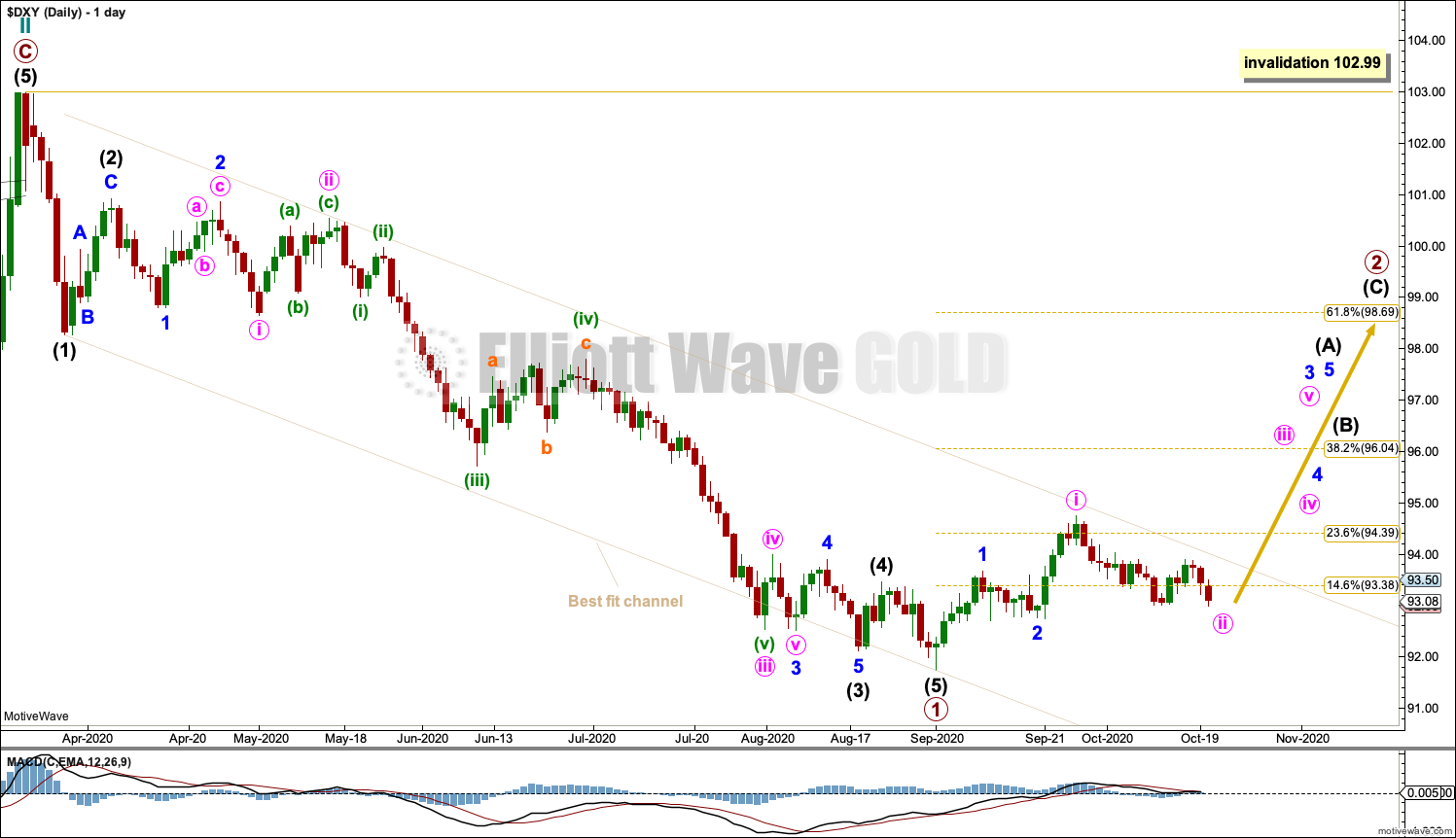 It is possible that primary wave 1 may be over and primary wave 2 may have just begun. This fits with classic technical analysis at the weekly chart level. However, this chart comes with the strong caveat that a breach of the best fit trend channel is required for confidence in it.

While price remains within the channel, it is also possible that primary wave 1 may continue lower, so labelling within it may need to change. 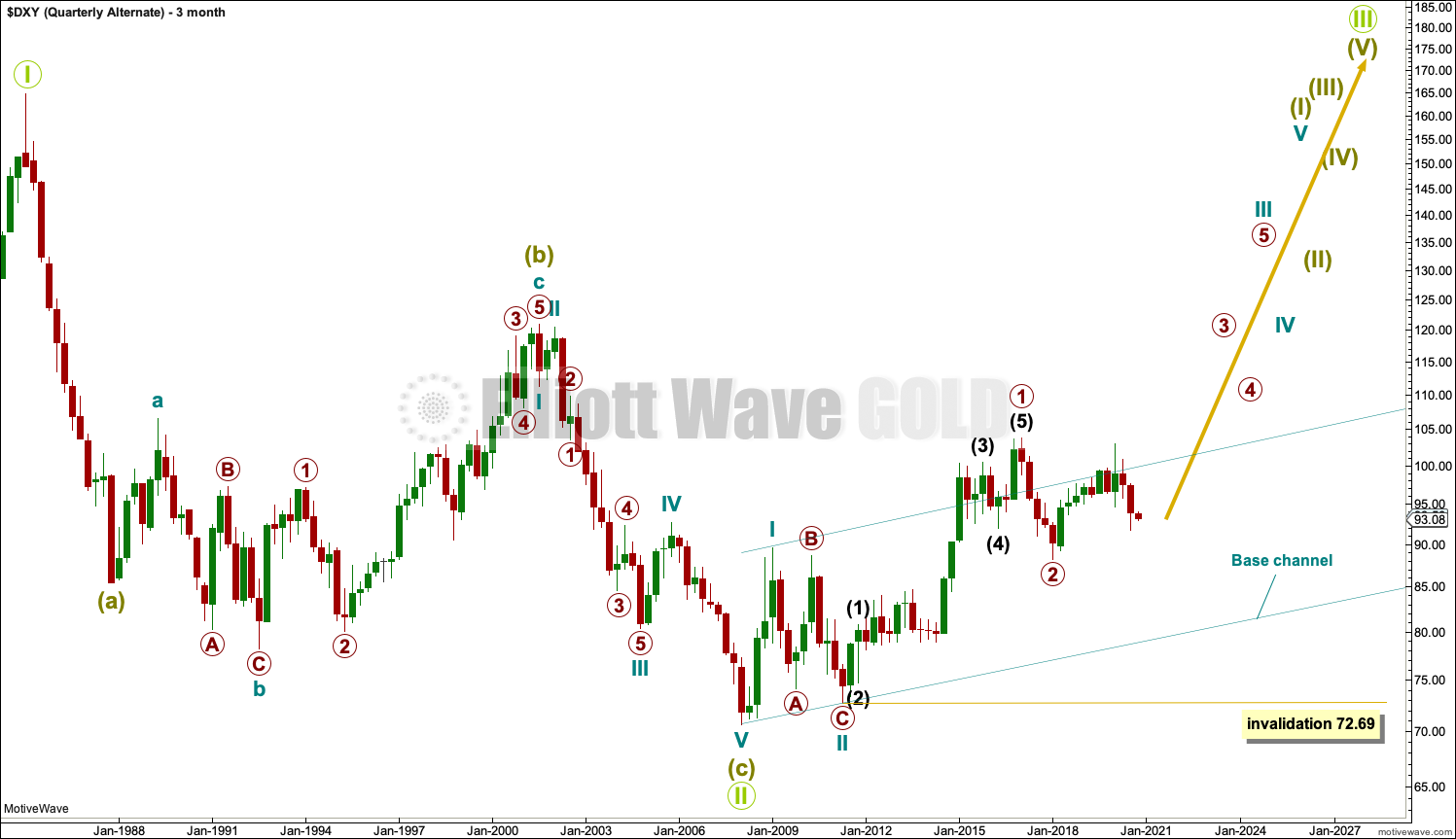 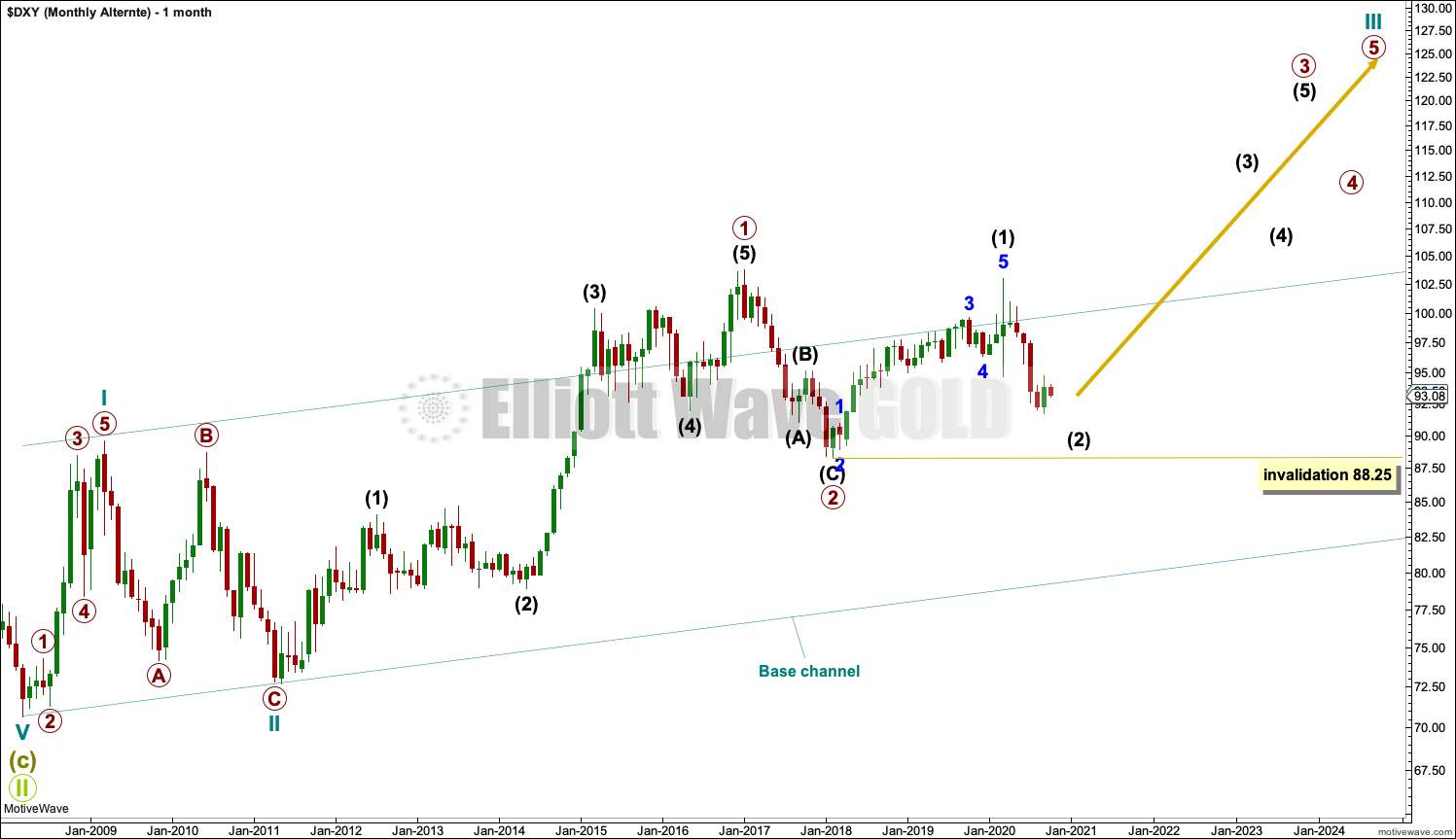 Primary wave 2 may be a complete zigzag. However, this wave down can also be seen as a five and primary wave 2 may yet continue lower. The final invalidation point for this bullish wave count would be the point noted on the quarterly chart at 72.69. 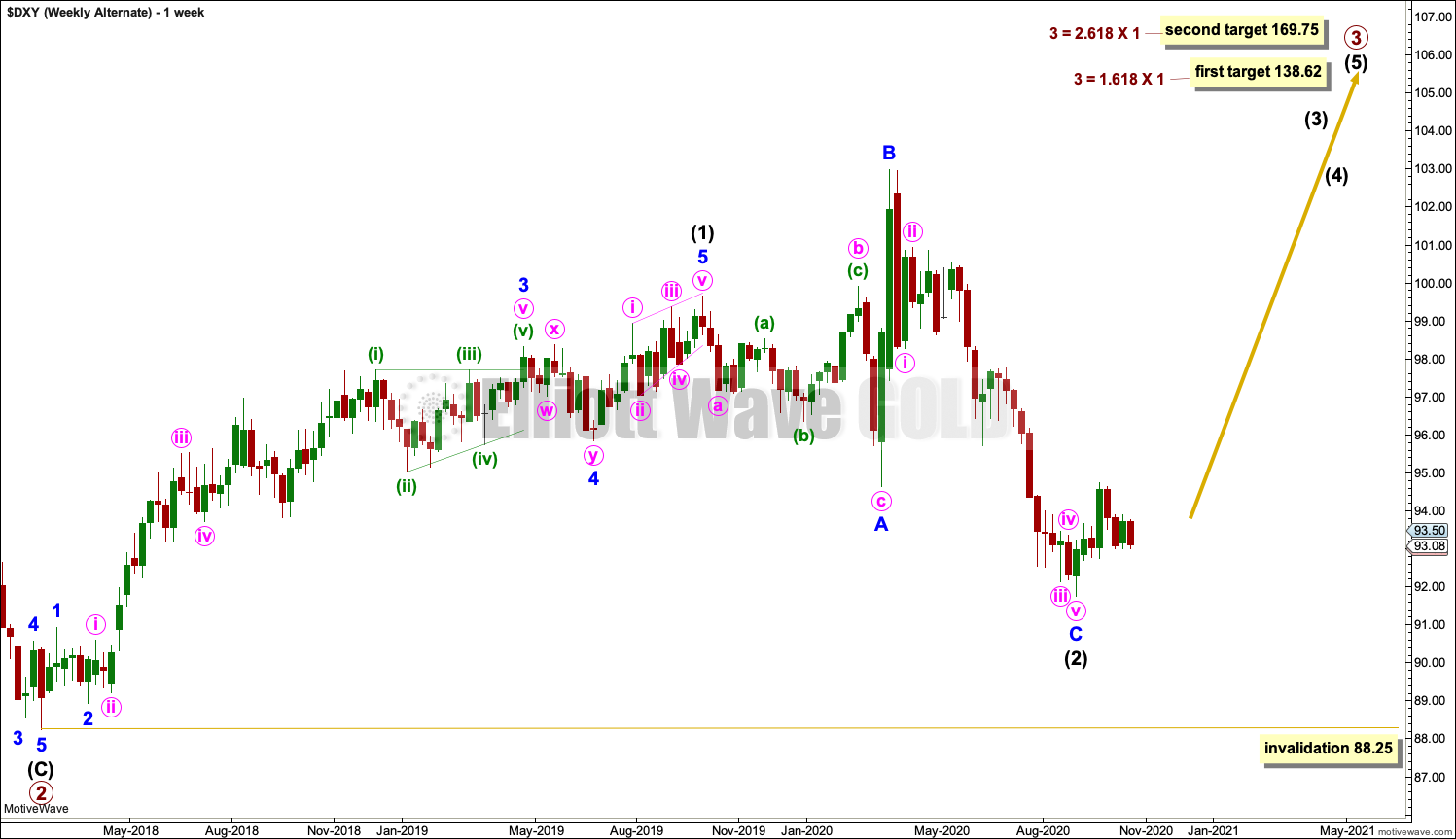 Primary wave 3 may only subdivide as an impulse. Intermediate wave (1) within the impulse may be complete. 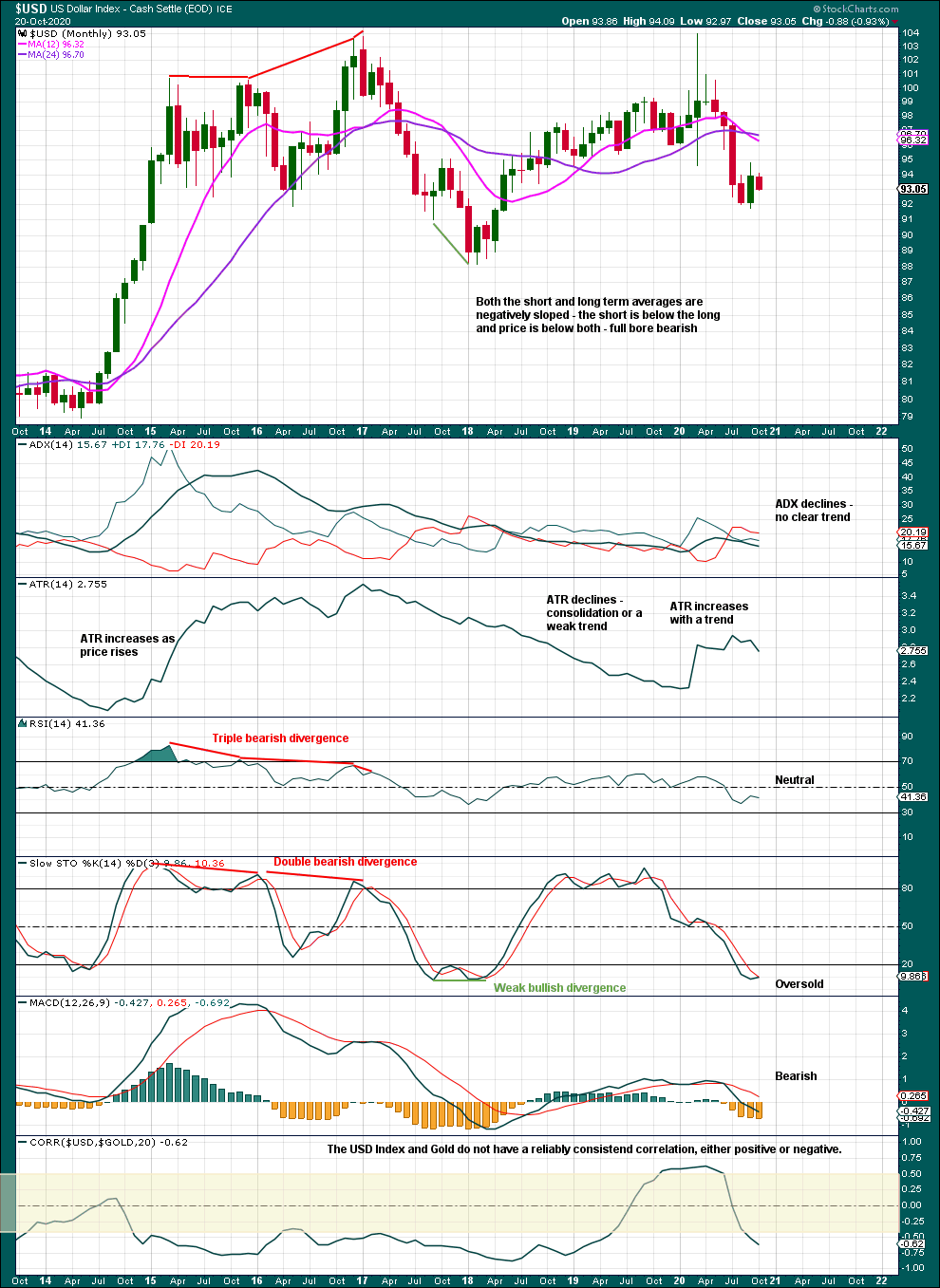 There is no clear trend.

Stochastics is oversold. A bounce up from support may occur here.

If ADX turns upwards, then it would give a strong signal that a downwards trend may be in an early stage. 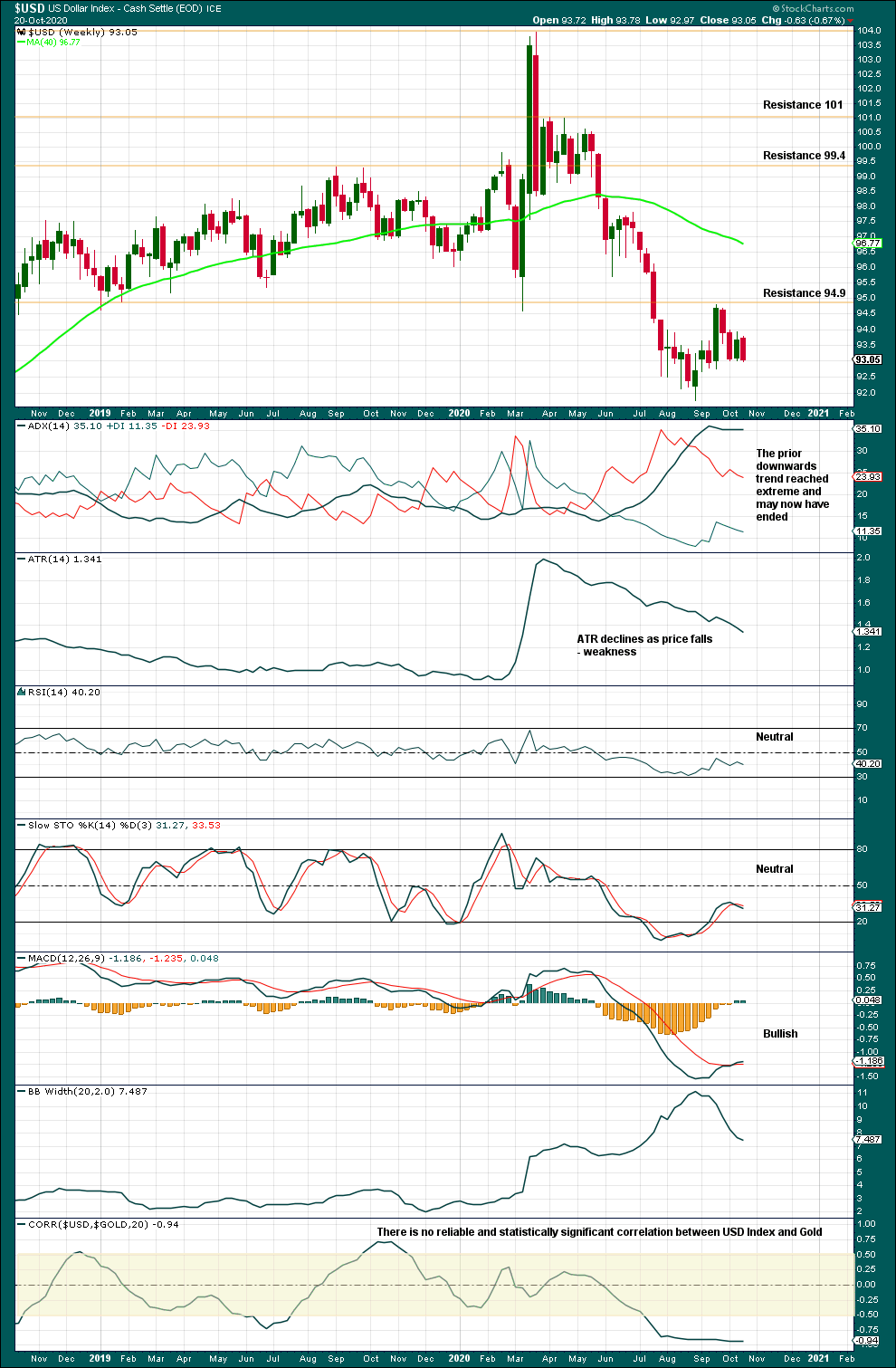 The downwards trend reached extreme. Some consolidation or a bounce may now continue to relieve extreme conditions.