At this time, Bitcoin may be in the early stages of a third wave down at six degrees.

A new alternate Elliott wave count is published today which allows for a large bounce here before a continuation of downwards movement to new lows. 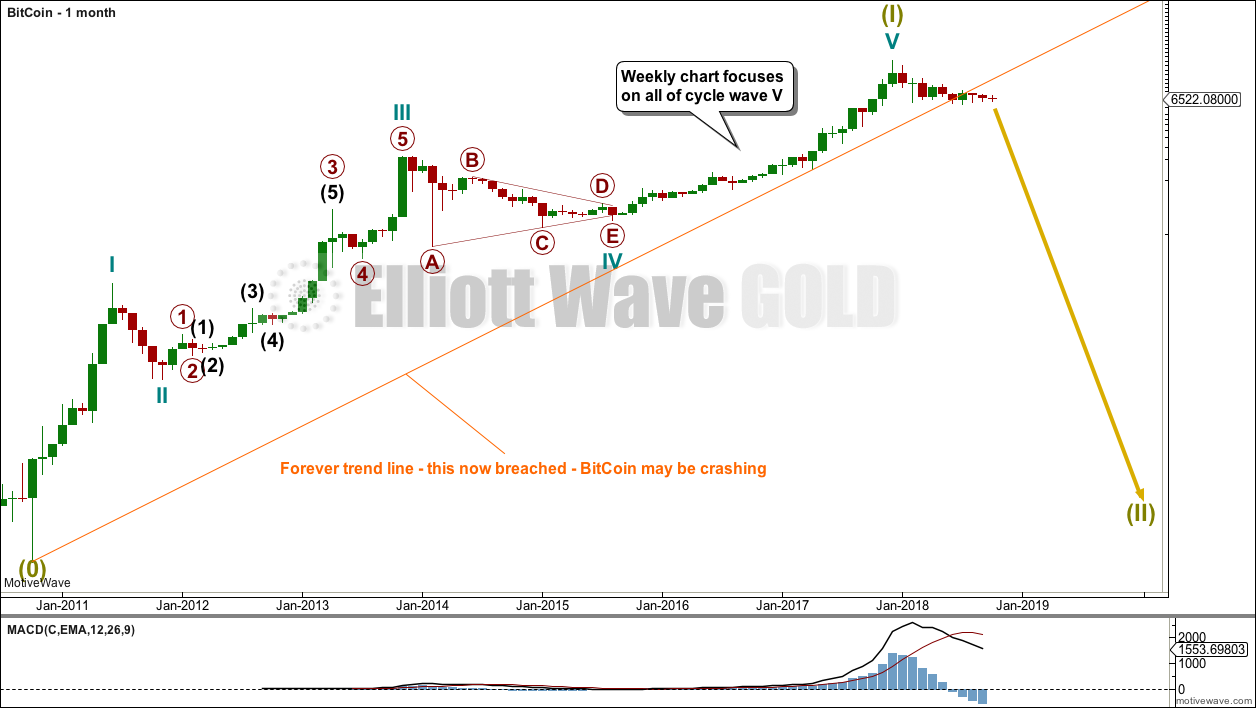 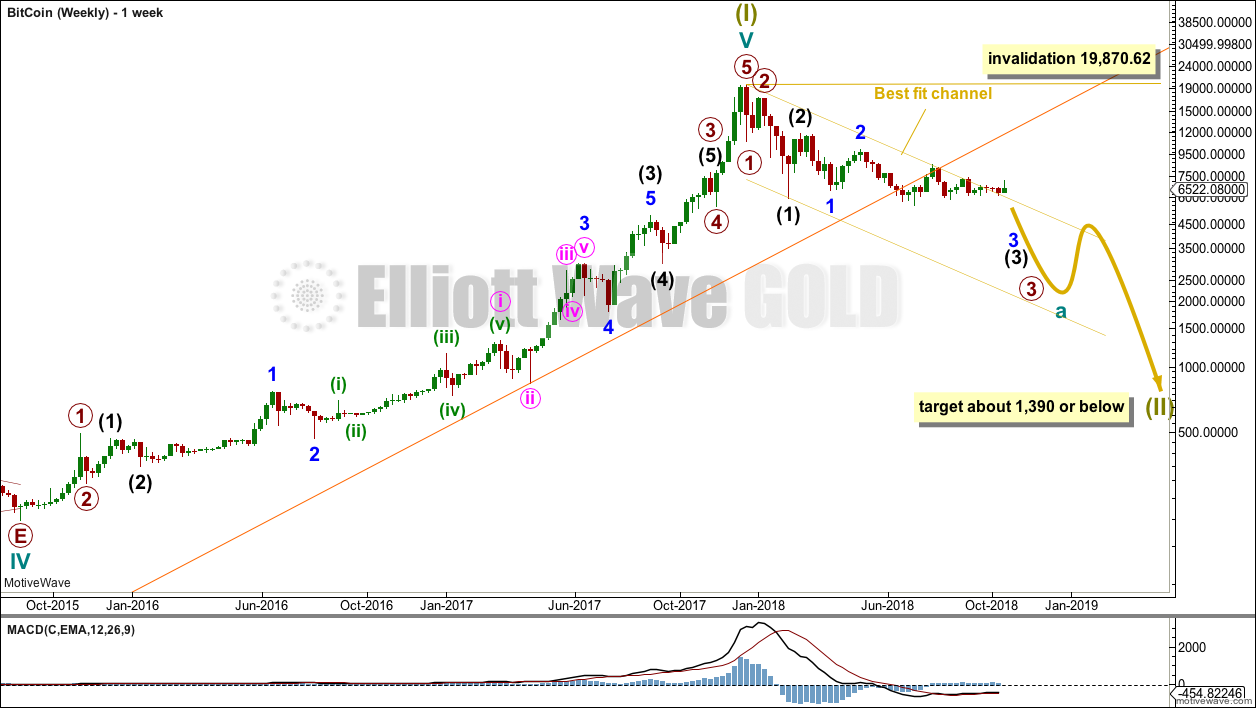 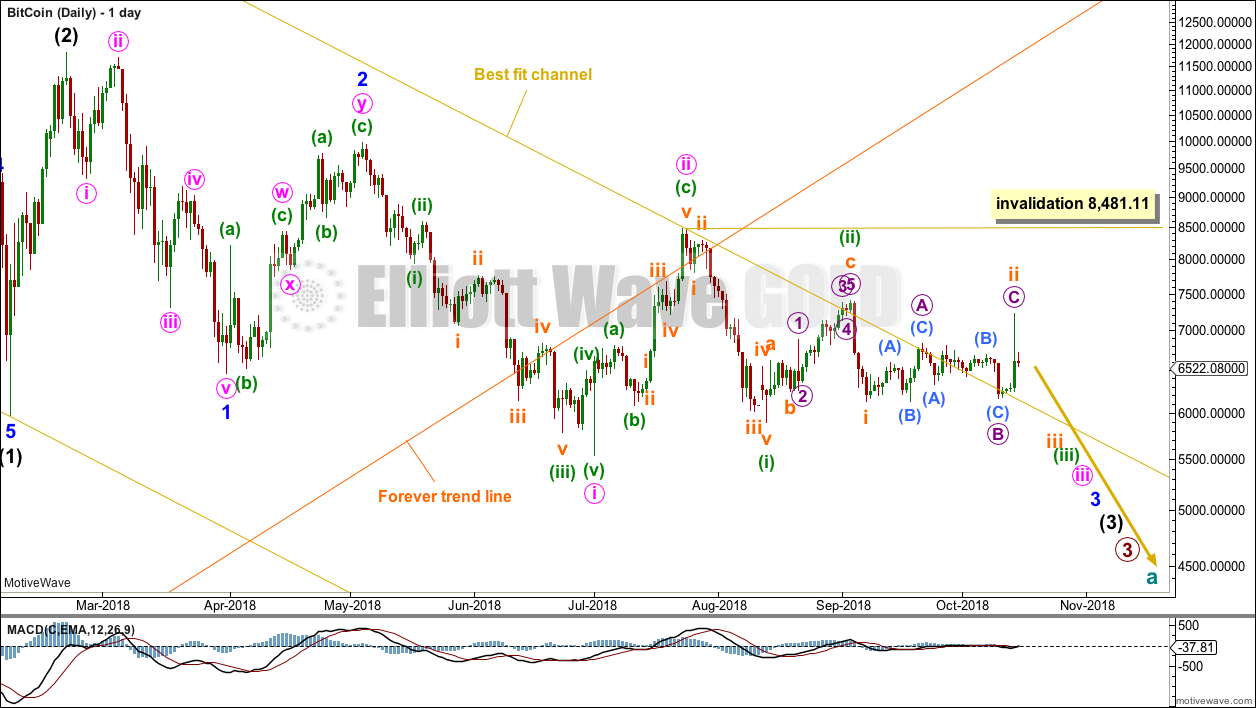 A third wave down may now be beginning at six degrees. Bitcoin may be still winding up for a spectacular plummet in price. The strongest fall may come towards the end of any one or more of these third waves as Bitcoin exhibits commodity like behaviour. Commodities tend to have their strongest portion of impulses in the fifth waves.

The best fit channel has only weak technical significance and is now breached.

I have searched to find if a five down could be seen as complete. At this time, I cannot yet see either a complete impulse or a leading diagonal. 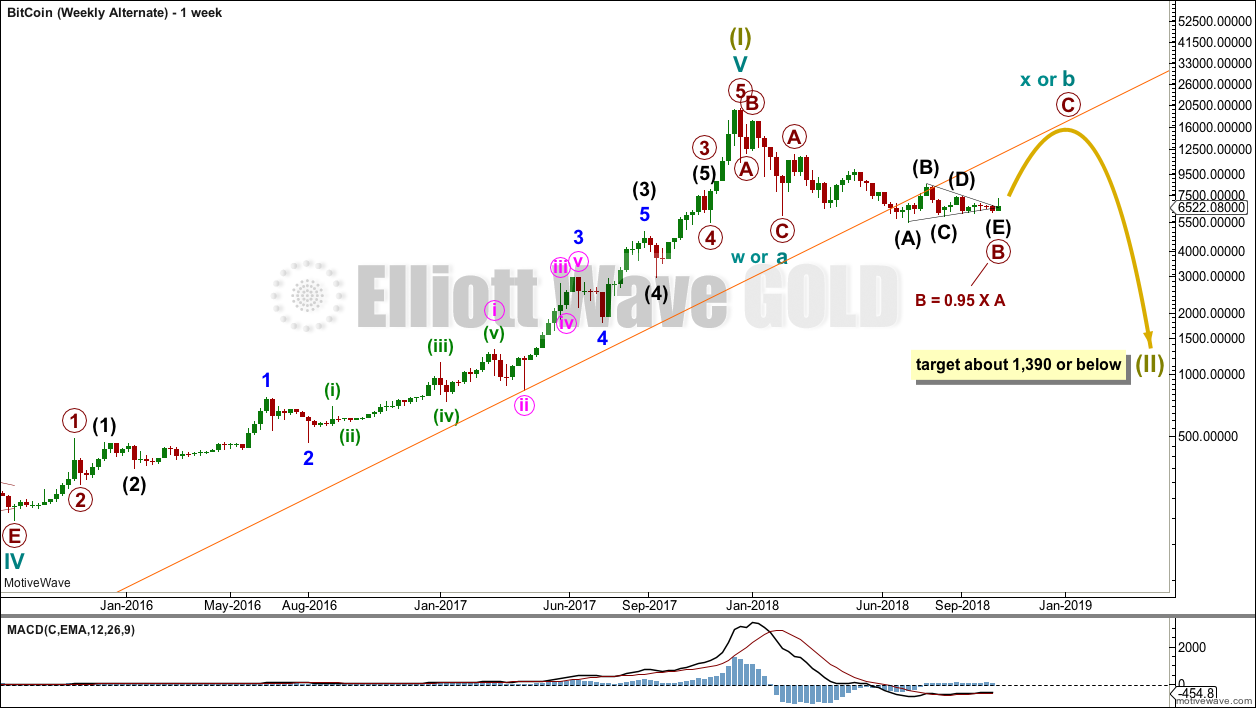 It is also possible that Bitcoin may move lower as a flat correction, double combination or a double zigzag.

Within a double zigzag, cycle wave w may be the first zigzag complete. Cycle wave x would have no minimum nor maximum required length to cycle wave w; it only needs to complete as a corrective structure, which would most likely be a zigzag. X waves within double zigzags are usually shallow, so that the whole structure has a strong slope.

A second wave may not subdivide as a triangle with its sole corrective structure, so a triangle for this correction is not considered. 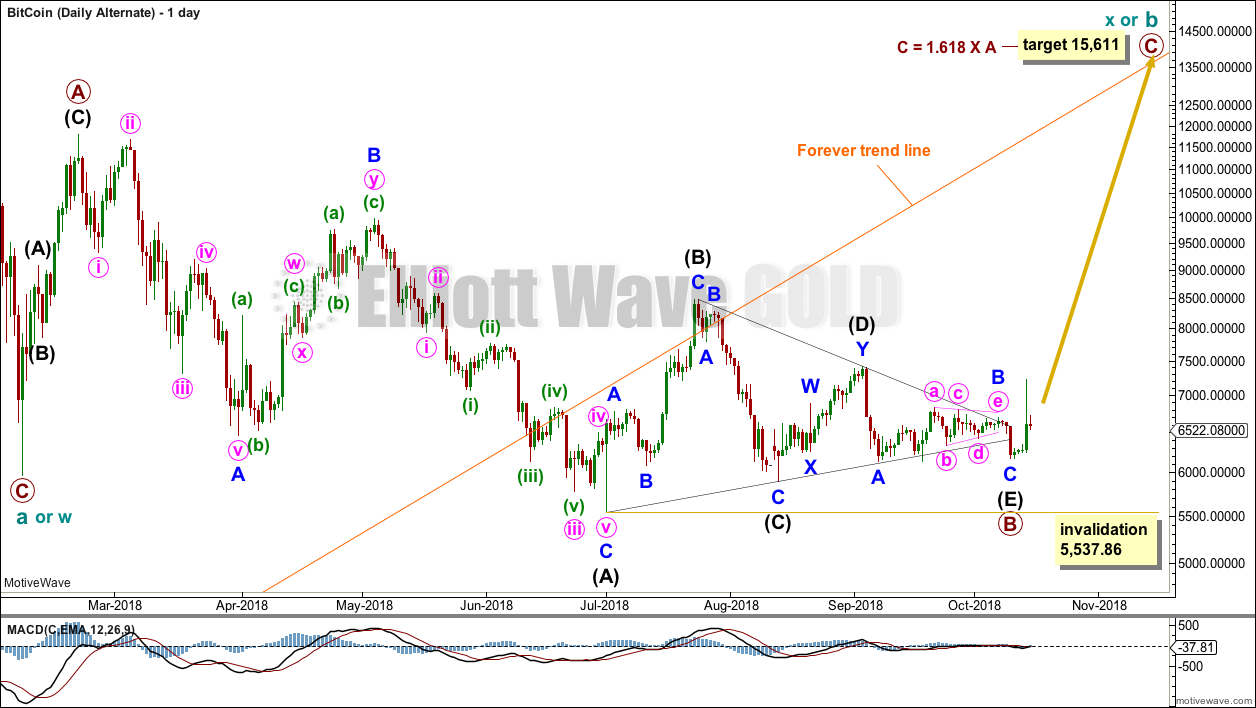 The daily chart focusses on the whole of cycle wave b or x so far.

A target is calculated for primary wave C to end. However, because Bitcoin does not exhibit reliable Fibonacci ratios this target is a rough guideline only. A better guide may be resistance about the orange forever trend line. 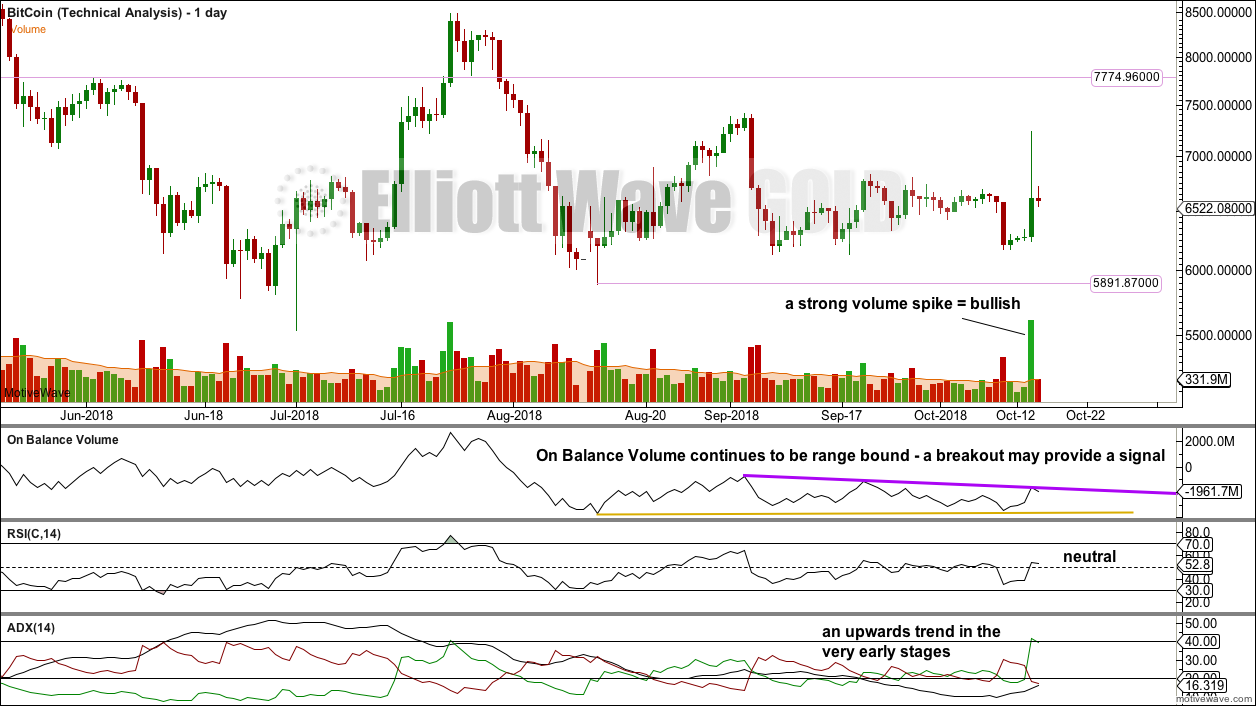 For the current fall in price, the current Elliott wave count expects the fall to be larger in terms of duration than the previous two noted here, and at least equivalent in terms of price movement in that a fall of over 90% is expected now. Currently, ADX is not yet extreme and RSI is not yet oversold. There is plenty of room for this downwards trend in Bitcoin to continue. So far at the lowest low from the all time high Bitcoin has only retraced 0.70. While this is deep, its corrections are usually deeper than this.

On Balance Volume and price remain range bound. Price has resistance about 7,775 and support about 5,890. Watch both closely to see a breakout.