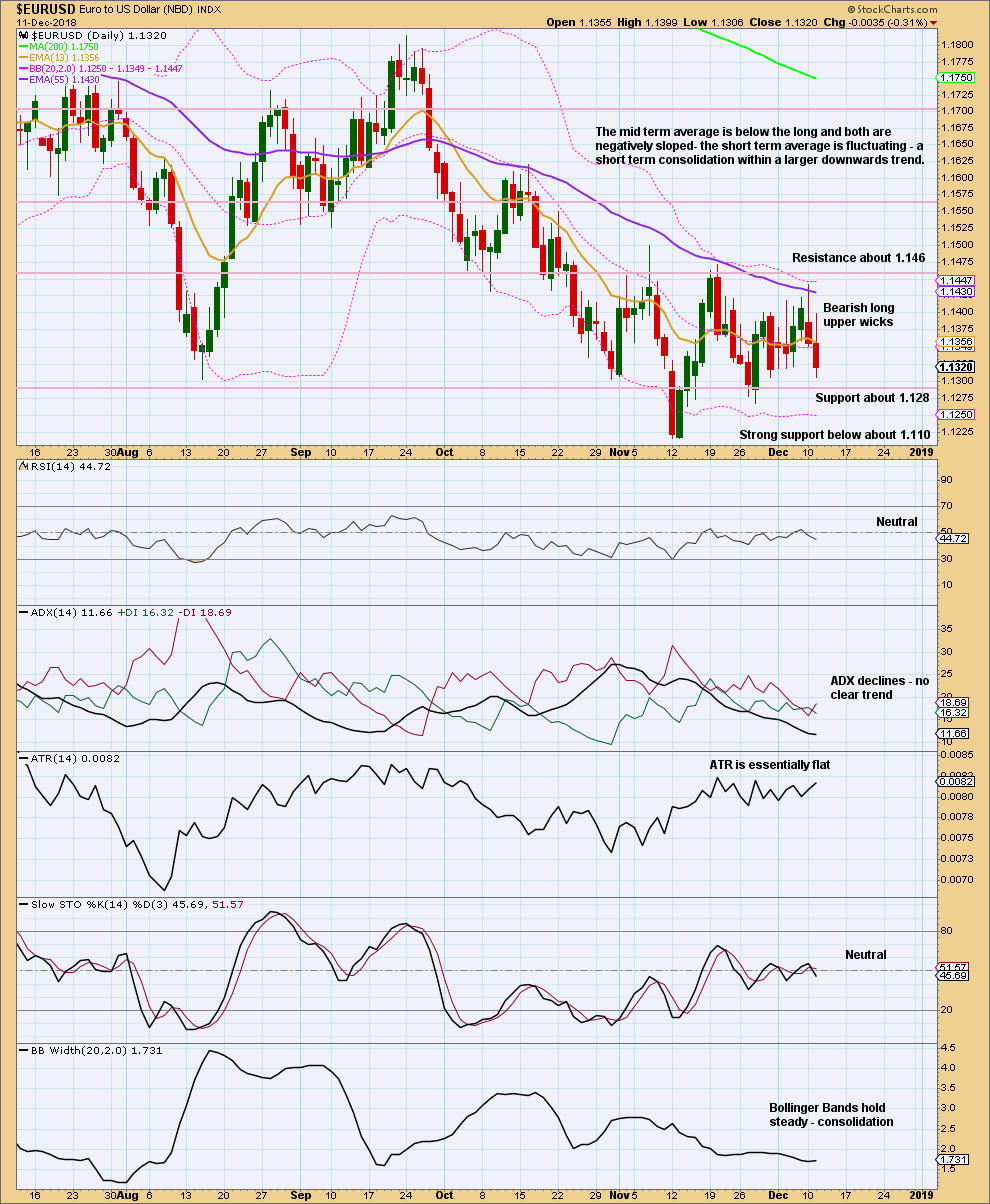 For the very short term, expect a little more downward movement to support. 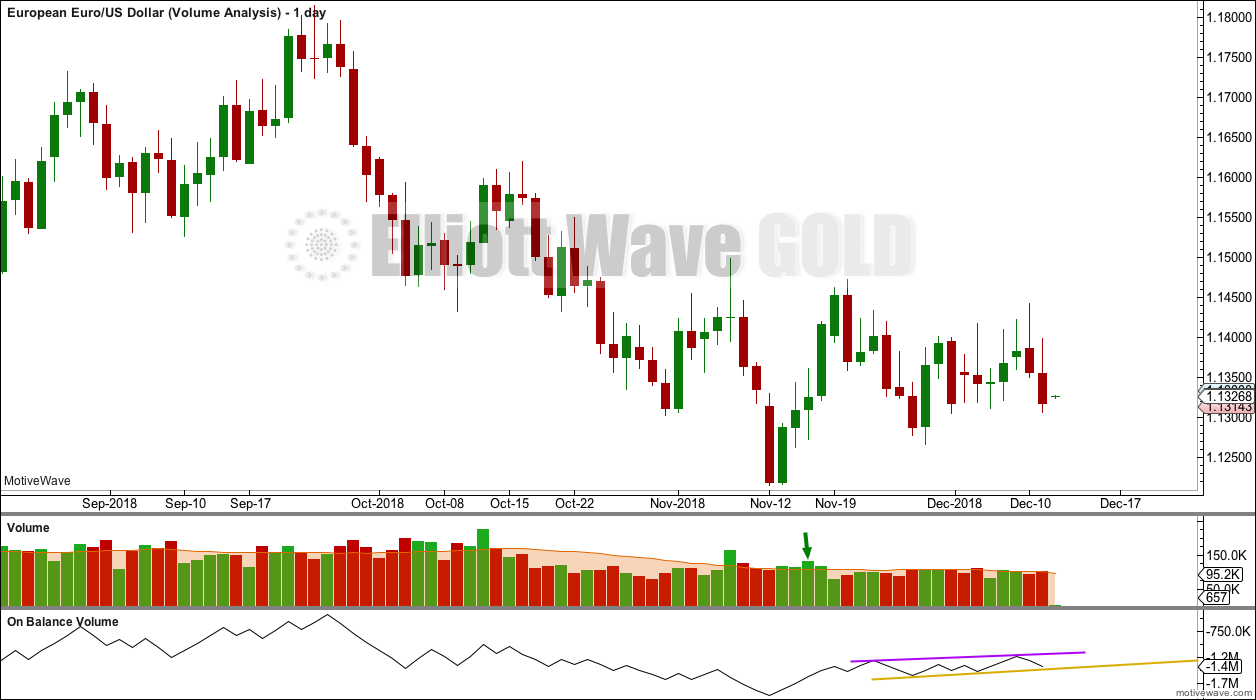 Sideways movement since the last low on the 12th November has the strongest volume for an upwards day on the 15th of November. This suggests an upwards breakout is more likely.

On Balance Volume is constrained. Watch it closely as it may give a signal in the next few days.