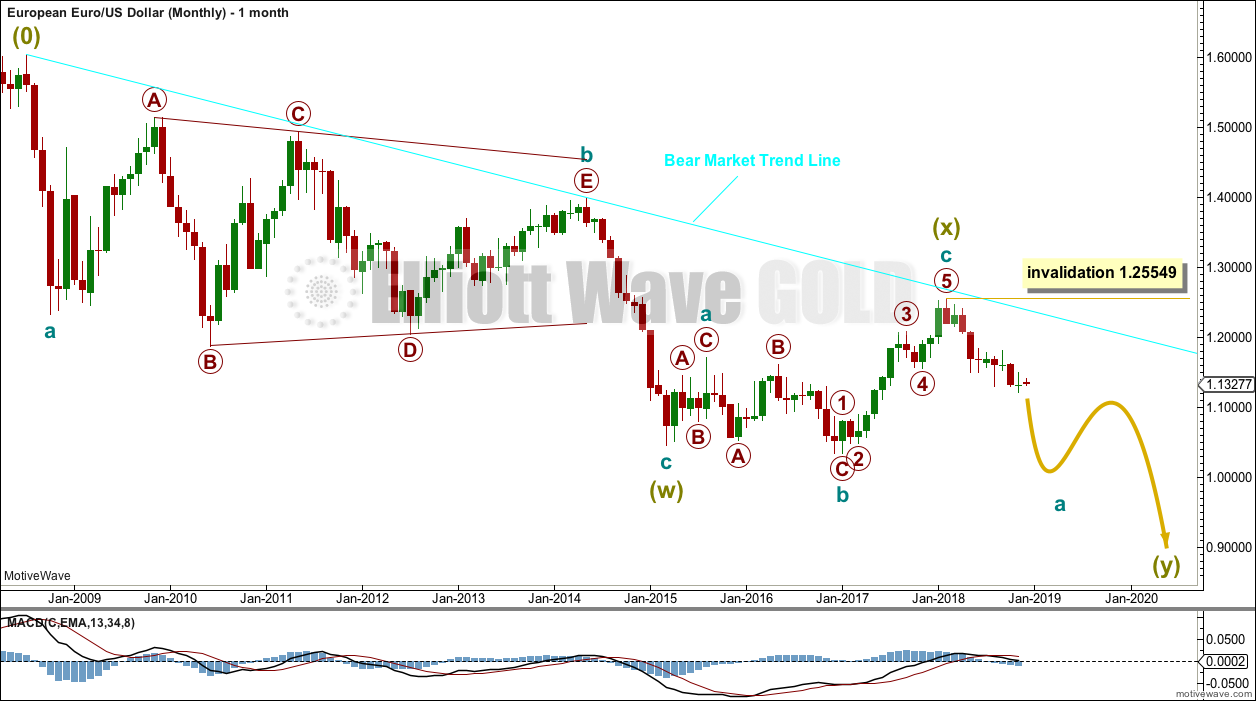 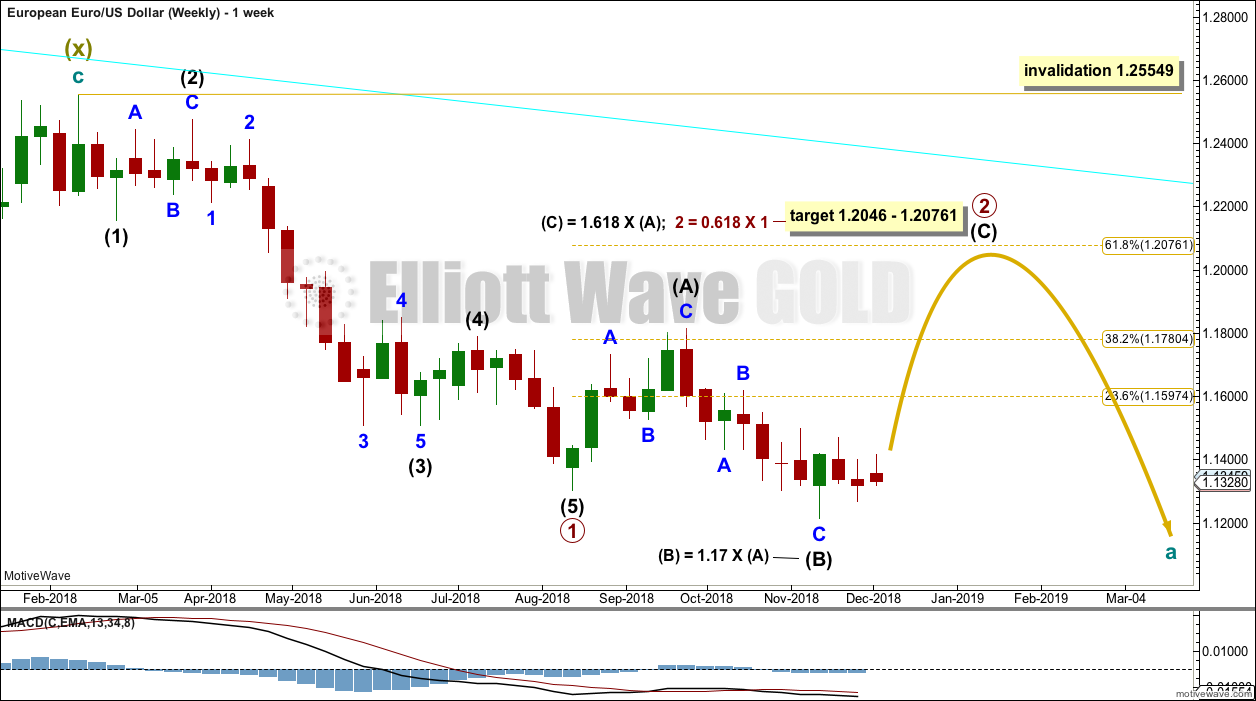 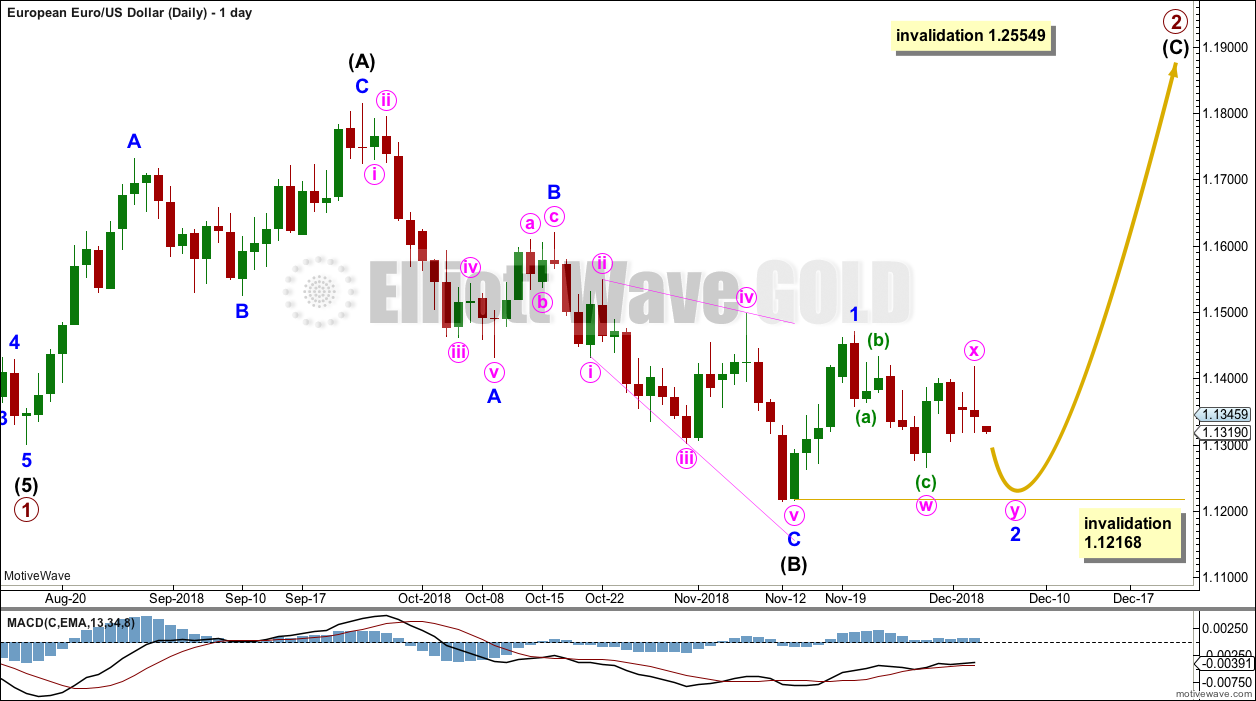 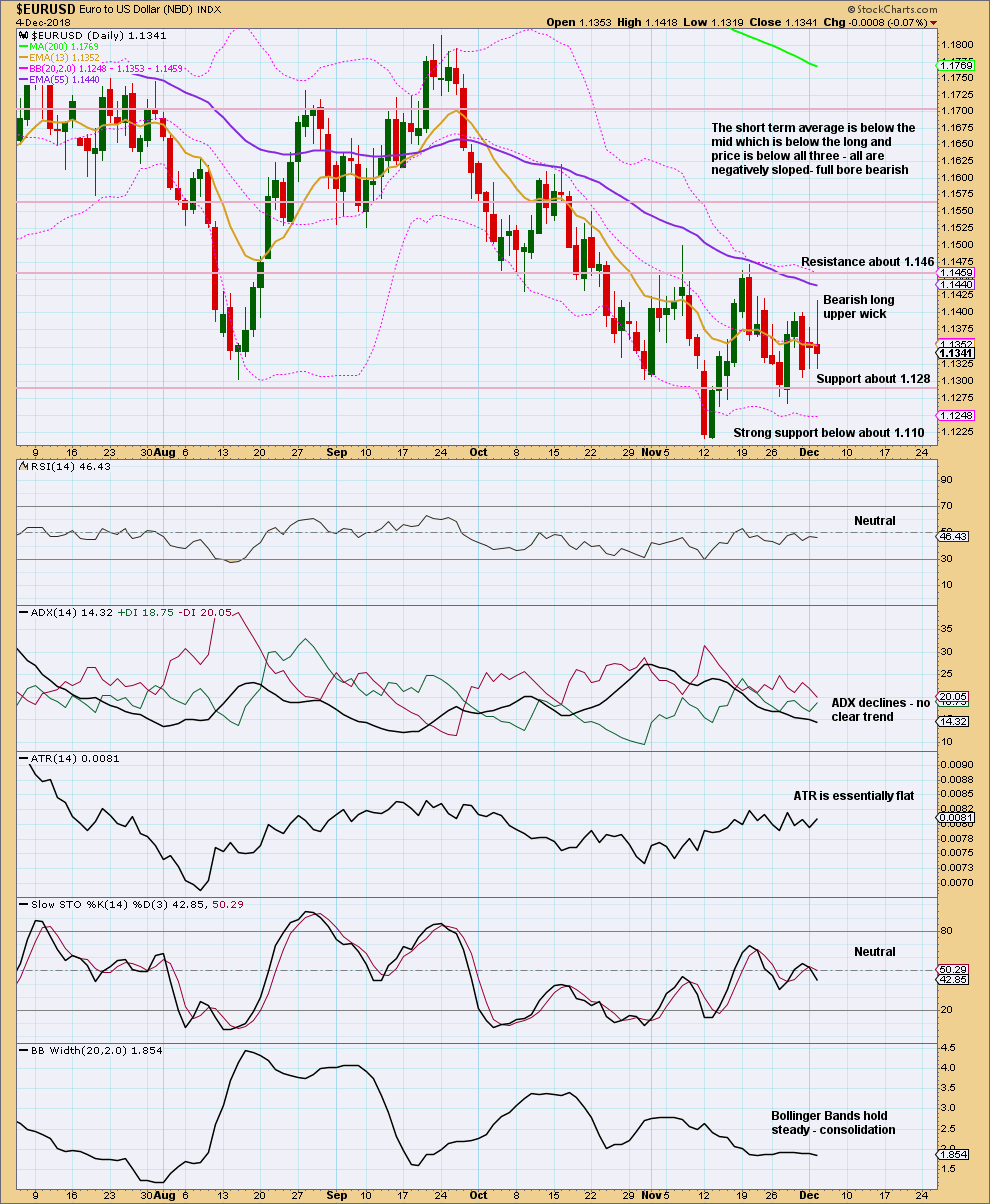 Price has made a series of lower lows and lower highs since the 24th of September, the definition of a downwards trend. However, ADX does not indicate a trend for the short term.

The trend has some weakness as indicated by flat ATR. 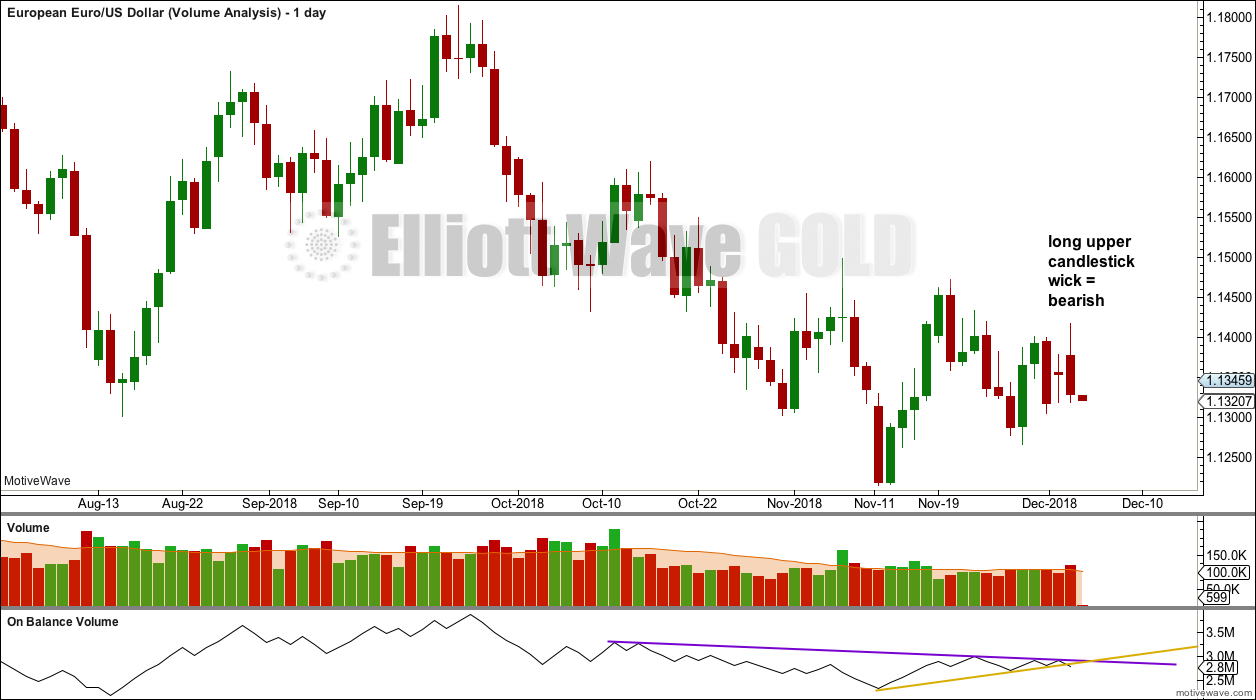 For the short term, the volume profile is bearish. The long upper wick on the last complete daily candlestick is also bearish. On Balance Volume has breached a short held support line giving a weak bearish signal.