Last analysis on the 7th of February advised that a sideways consolidation was expected to continue. Price remains range bound.

Summary: For the short term, the consolidation may end soon. The next move for Bitcoin is expected to be very strong with a downwards breakout, ending reasonably below 3,169.53. Only a new high above 7,234.83 would change this view.

It would be safest to assume that the bear market will continue while Bitcoin remains below 7,234.83. The final target is about 1,924, but it may be much lower than this; it is possible this bear market may see the end of Bitcoin. 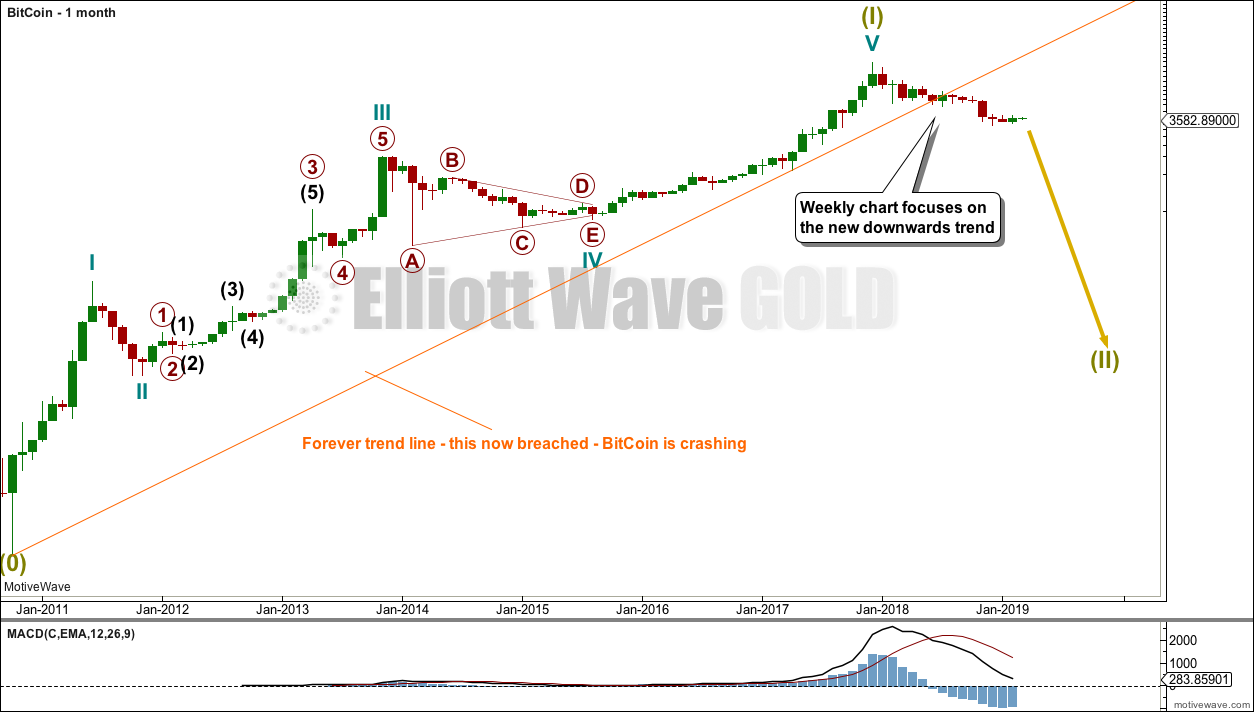 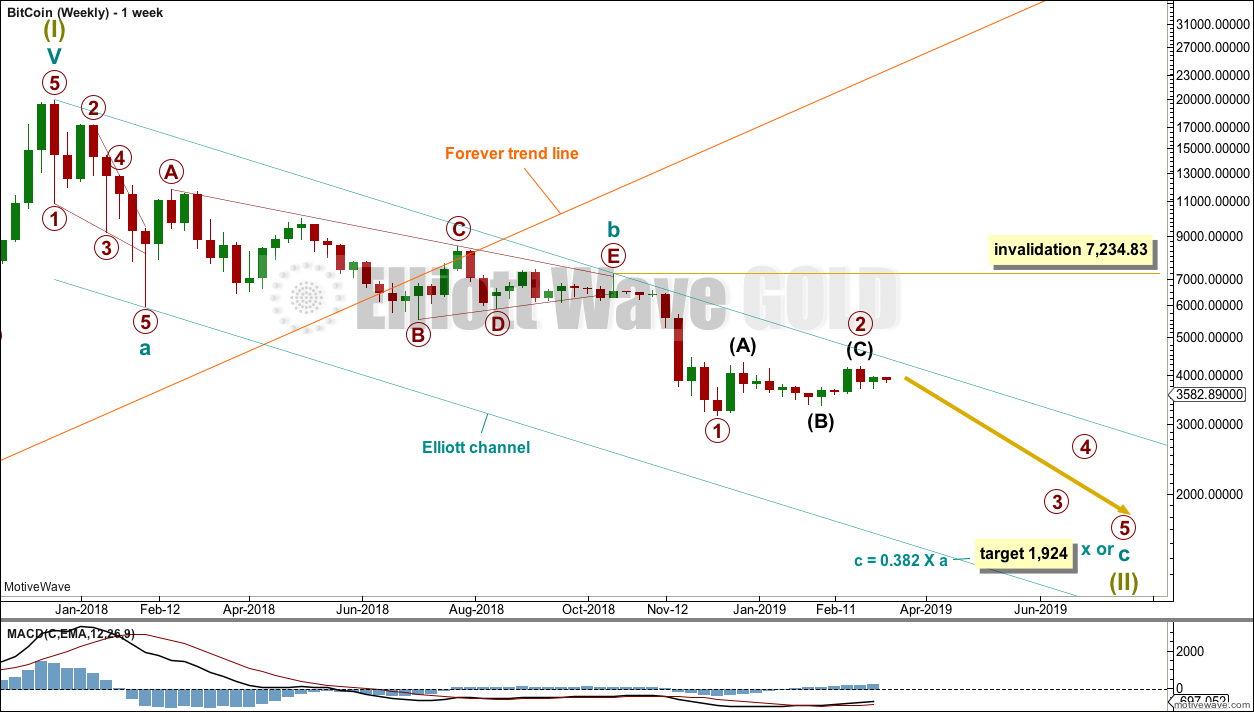 An Elliott channel is added to downwards movement. Upwards bounces may find resistance about the upper edge. 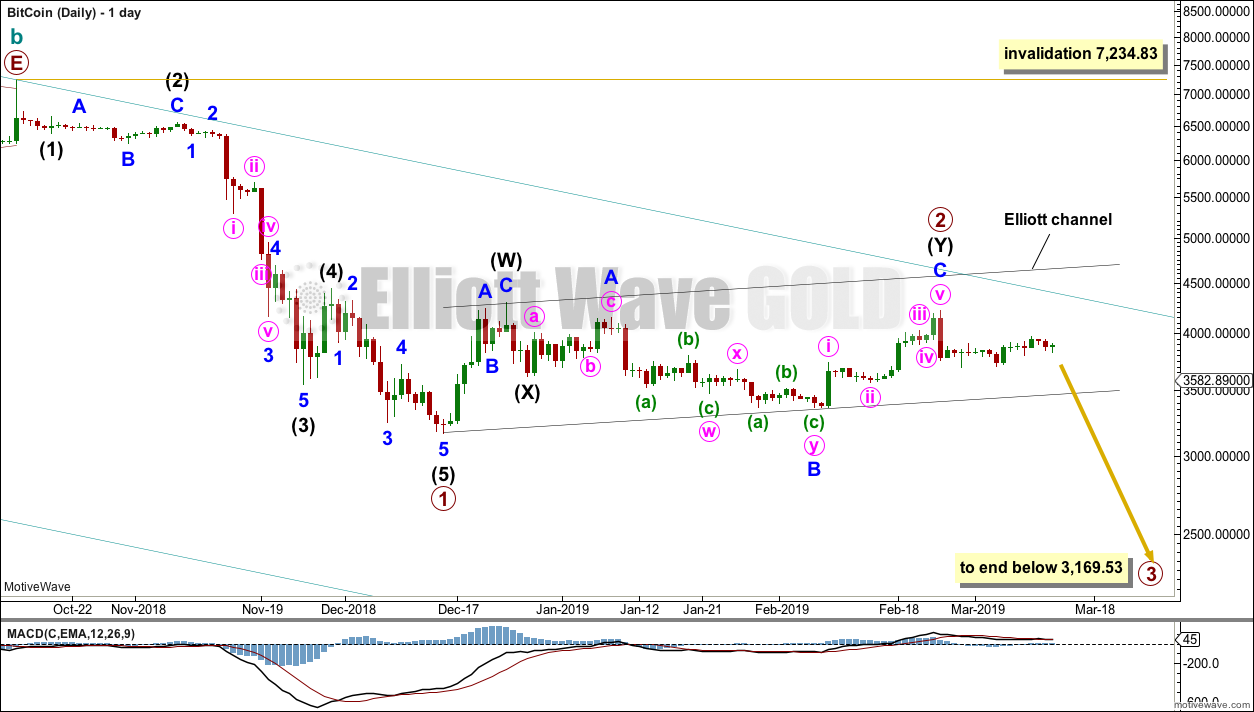 Primary wave 2 may now be a complete double combination: zigzag – X – flat. Primary wave 2 has so far remained within the teal Elliott channel, which is copied over from the weekly chart.

A breach of the black Elliott channel by a full daily candlestick below and not touching the lower edge would add confidence to this main wave count. At that stage, the invalidation point may be moved to the end of primary wave 2.

A new low below 3,362.24 would add further confidence to this wave count.

Primary wave 3 should exhibit an increase in downwards momentum.

If the teal Elliott channel is breached by a full daily candlestick above and not touching the trend line, then the alternate wave count below should be seriously considered. 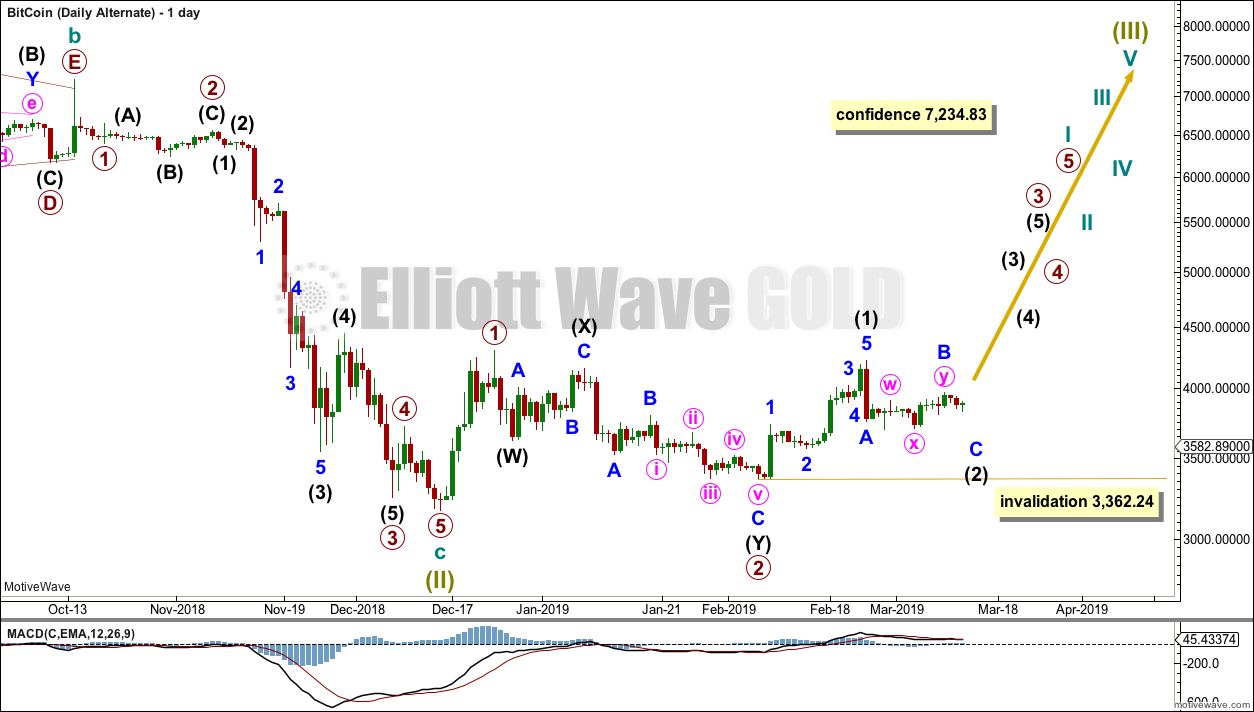 It is also again possible that Bitcoin may have found a low and may be in the early stages of a new bull market.

This wave count expects that the crash in price for Bitcoin was only 84% of value from the all time high. While this is possible, it would not follow the more common pattern of Bitcoin to crash over 90% in value. This must reduce the probability of this wave count.

If this wave count is correct, then an increase in upwards momentum would be expected as a third wave at two degrees unfolds. 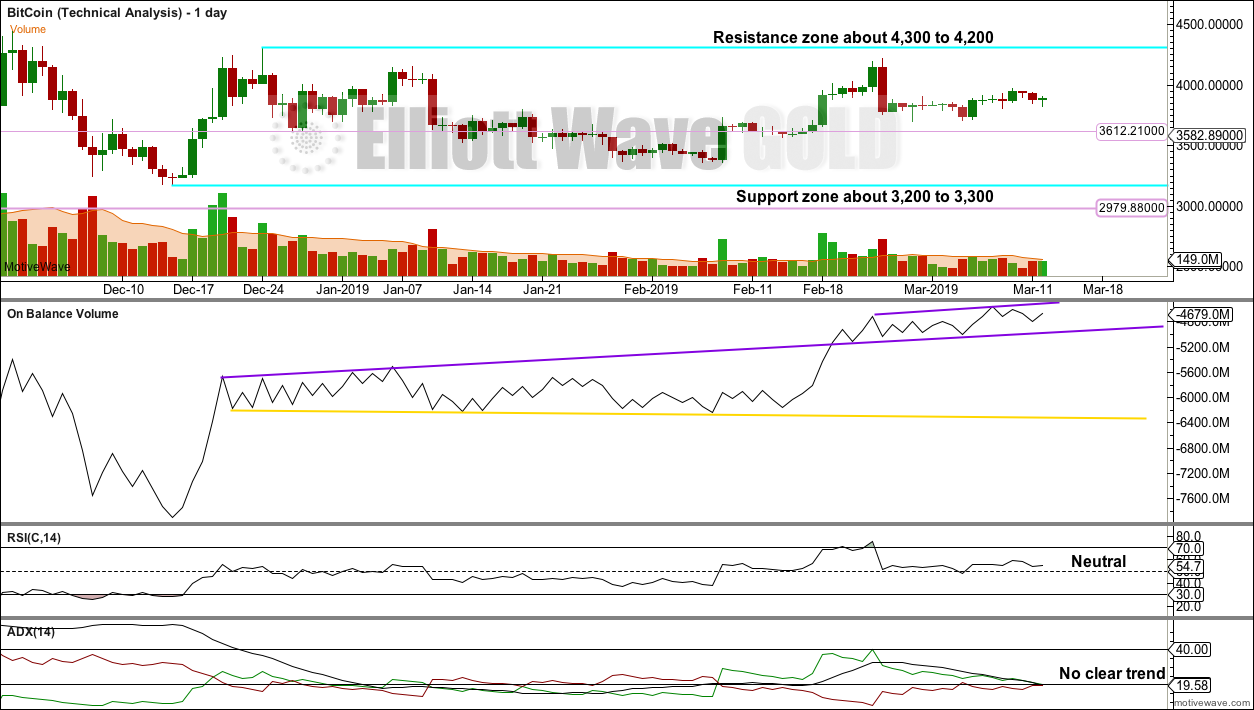 So far at the lowest low from the all time high Bitcoin has only retraced 84%. While this is deep, its corrections are usually deeper than this.

Currently, price is range bound with resistance and support identified.

Wait for a classic breakout. An upwards breakout of price requires support from volume for confidence, but a downwards breakout does not.

On Balance Volume broke out before price and exhibits bullish divergence with price. This supports the alternate Elliott wave count.