This wave count considers intermediate wave (C) as an incomplete impulse. Within intermediate wave (C), minor wave 2 may be a complete combination with minute W subdividing as a zigzag and minute Y subdividing as an expanded flat. Within minute Y, minuette (b) has subdivided as a zigzag and minuette (c) as an impulse. Upwards movement is expected as minor wave 3 begins.

Minor wave 3 breaking out above the adjusted base channel would help confirm that a third wave is underway and thus increase confidence in the current Elliott wave count. 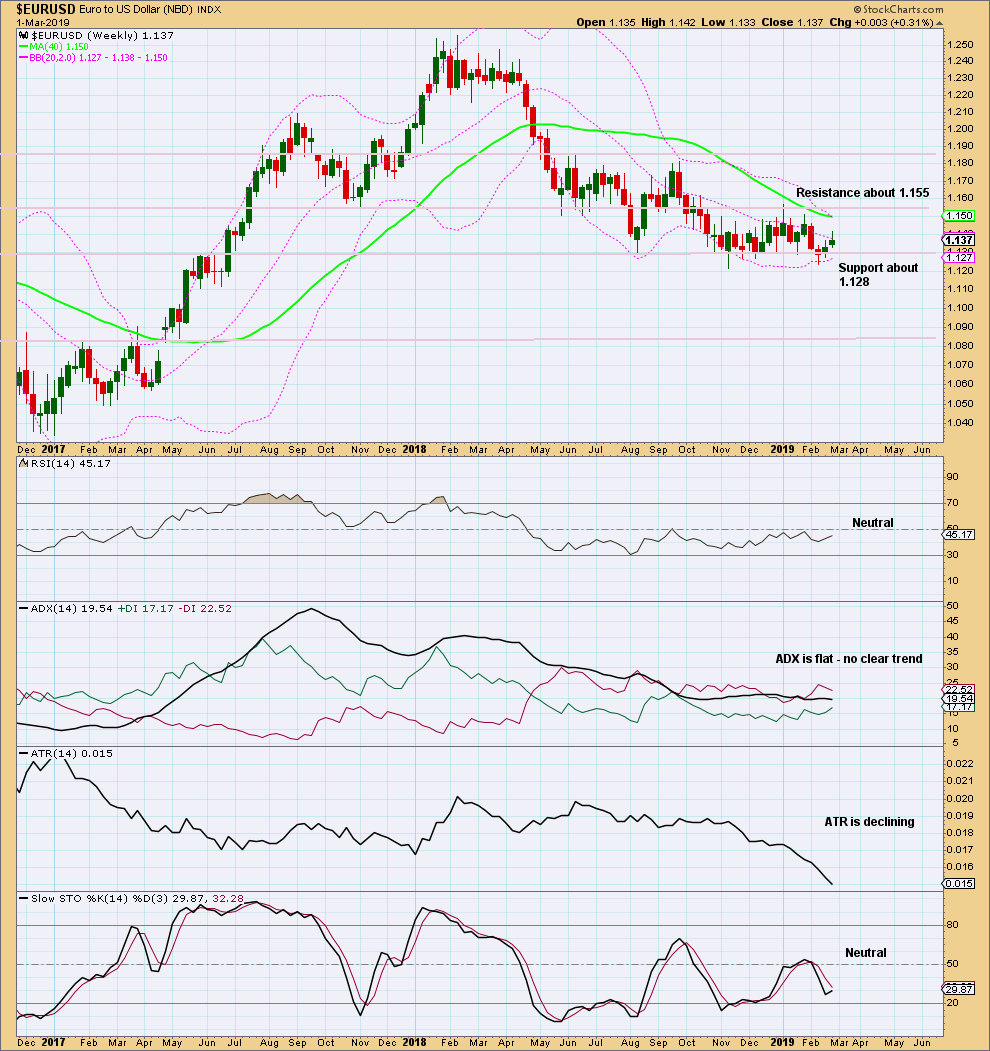 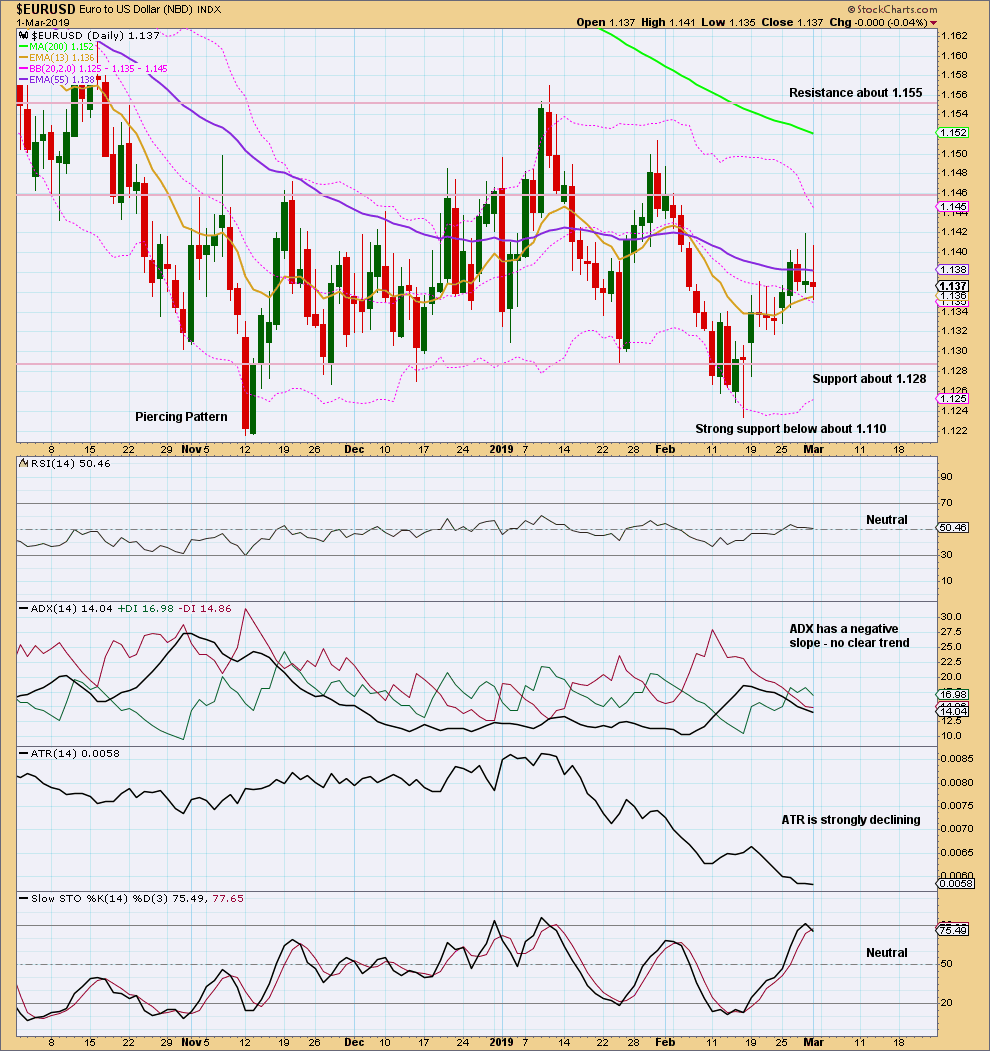 RSI is neutral. There is room for price to rise or fall.

Expect some upwards movement as price rises to resistance.

On Balance Volume is range bound and gives no signal for this week.

Overall, this chart is bullish.