Two Elliott wave counts remain. The preferred count is bearish and the alternate is bullish.

The price point which differentiates the two counts is 88.25. A new low below this point would invalidate the bullish count and provide confidence in the bearish count.

To the upside, only a new high now above 103.82 would invalidate the bearish count and provide confidence in the bullish count. 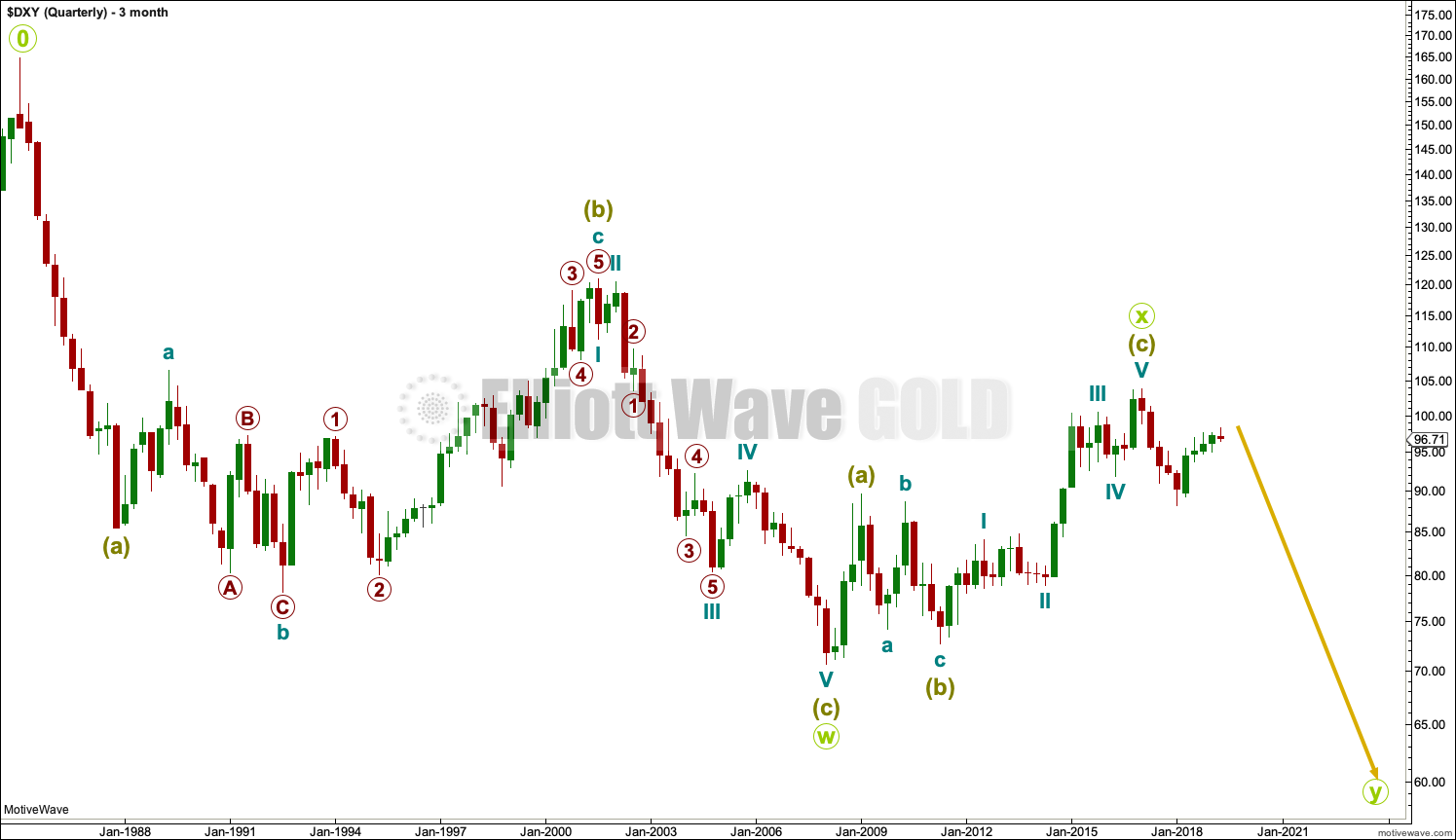 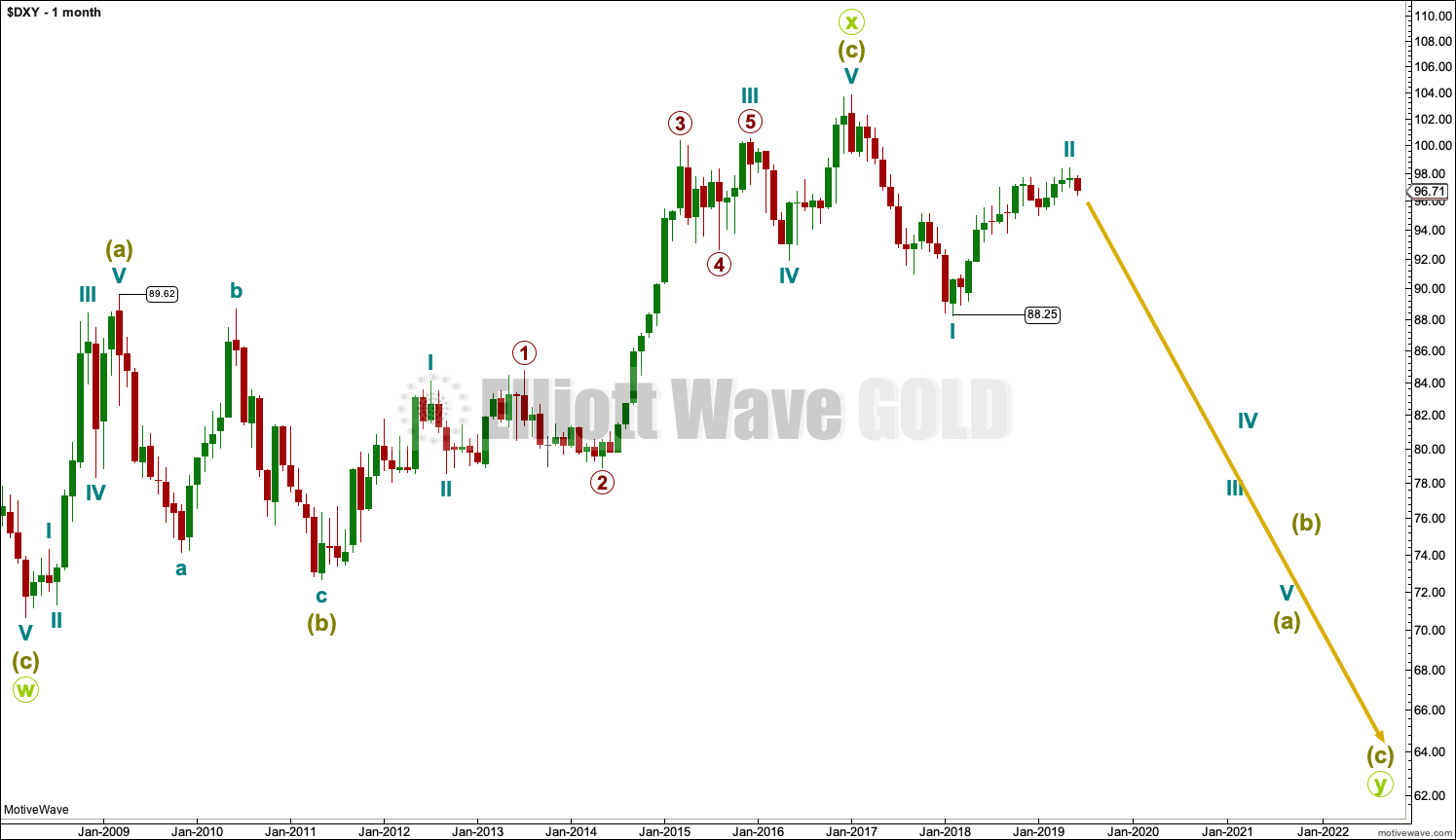 That indicates the last big wave up may be a completed three, and for that reason this is my slightly preferred wave count. 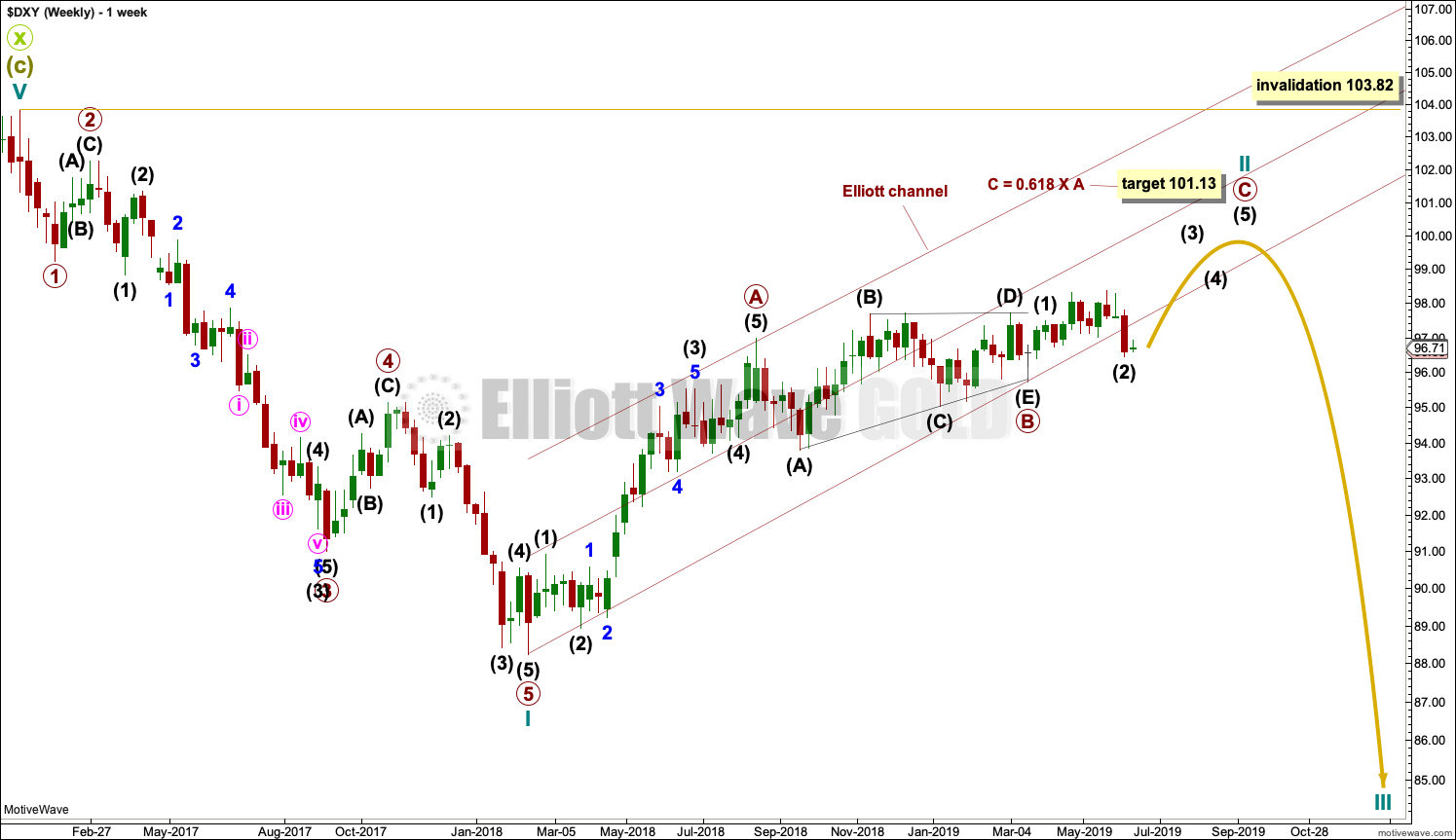 Primary wave B may be a completed running barrier triangle.

Primary wave C must subdivide as a five wave structure, either an impulse or an ending diagonal. An impulse is much more common. It is not possible to see primary wave C complete at the last high, so overall some more upwards movement for this wave count is expected to complete the structure.

A target is calculated for primary wave C to end. 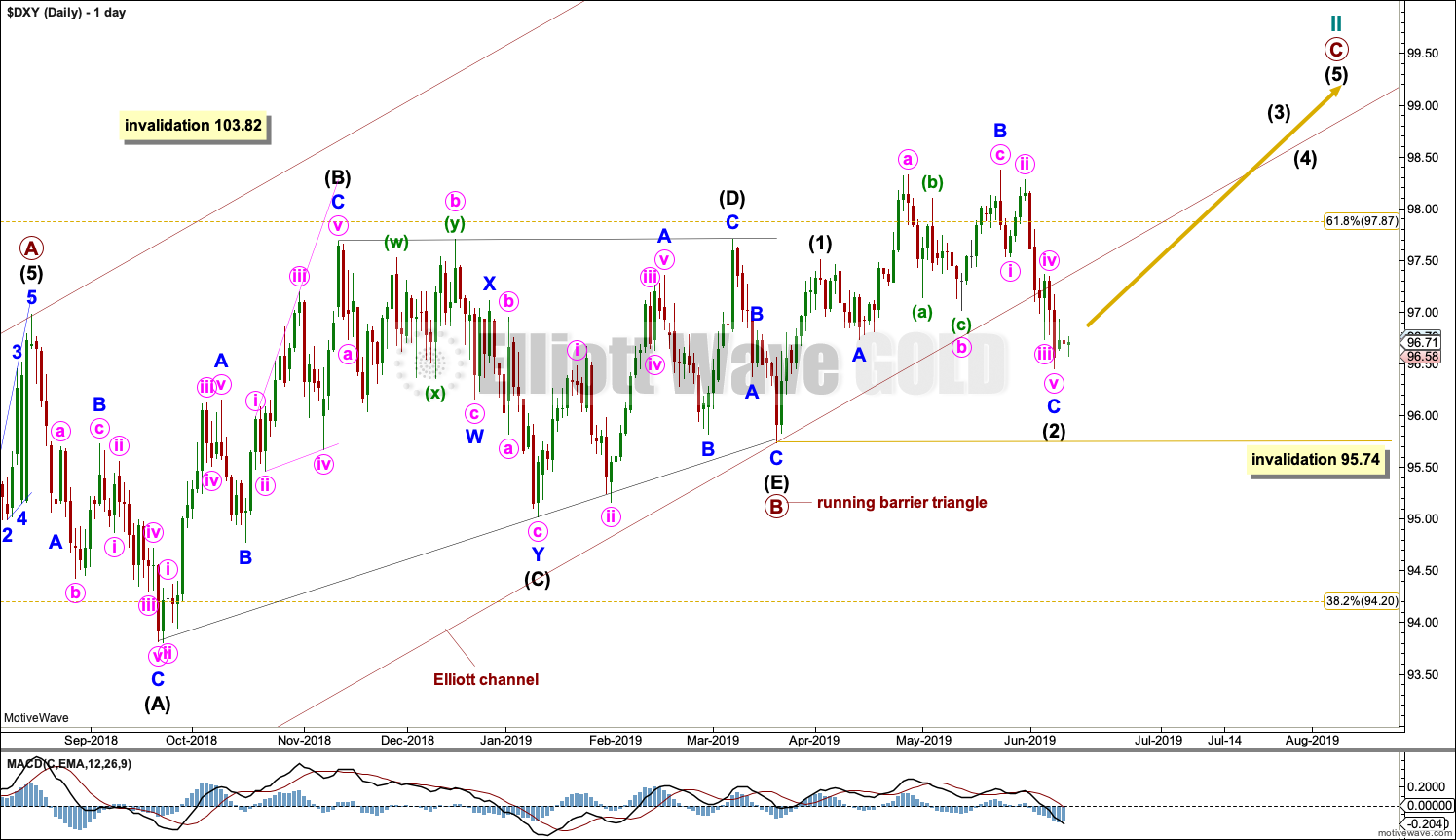 Primary wave C may be unfolding as an impulse. At this stage, I cannot see a complete structure over at the last high. 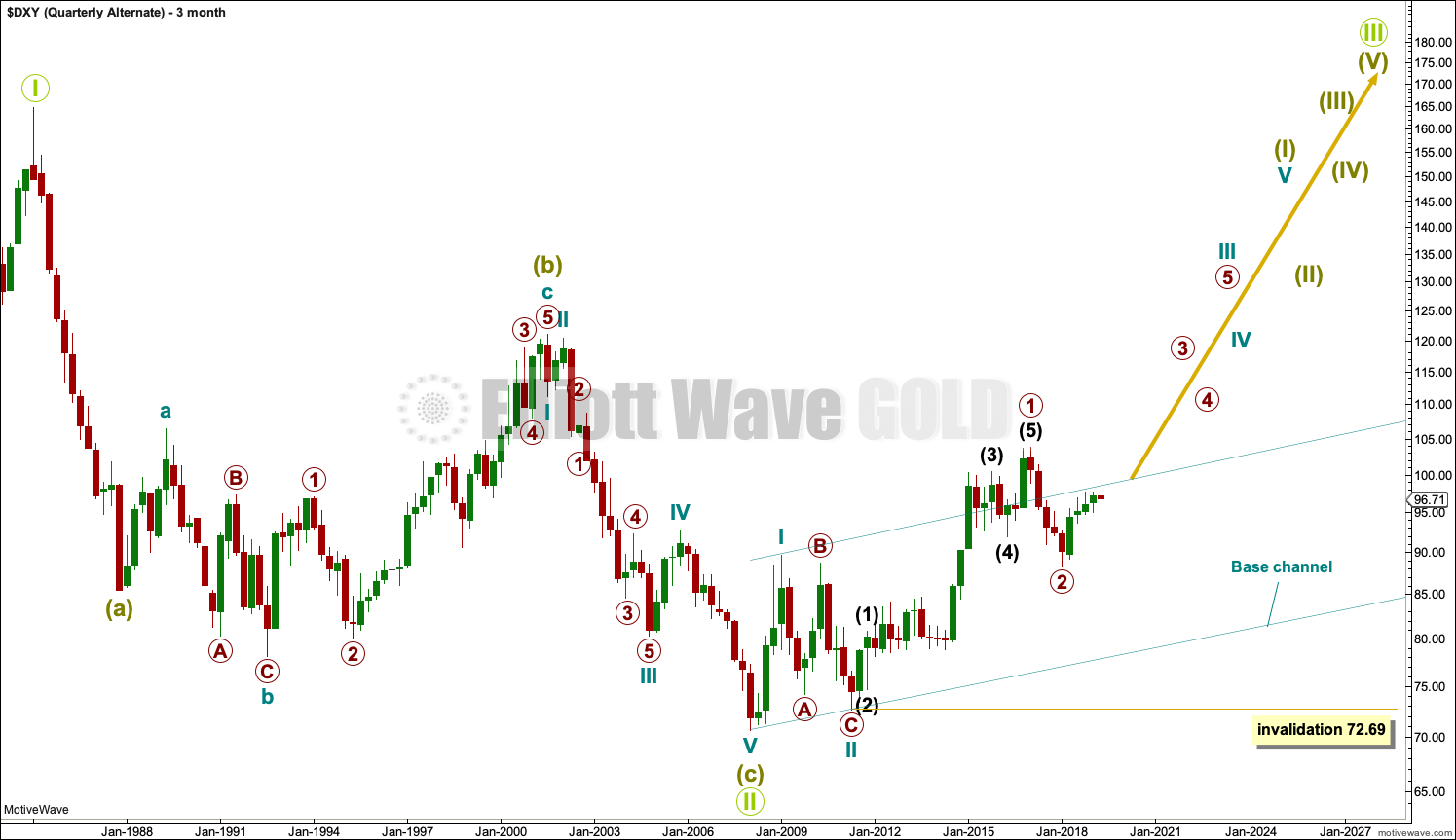 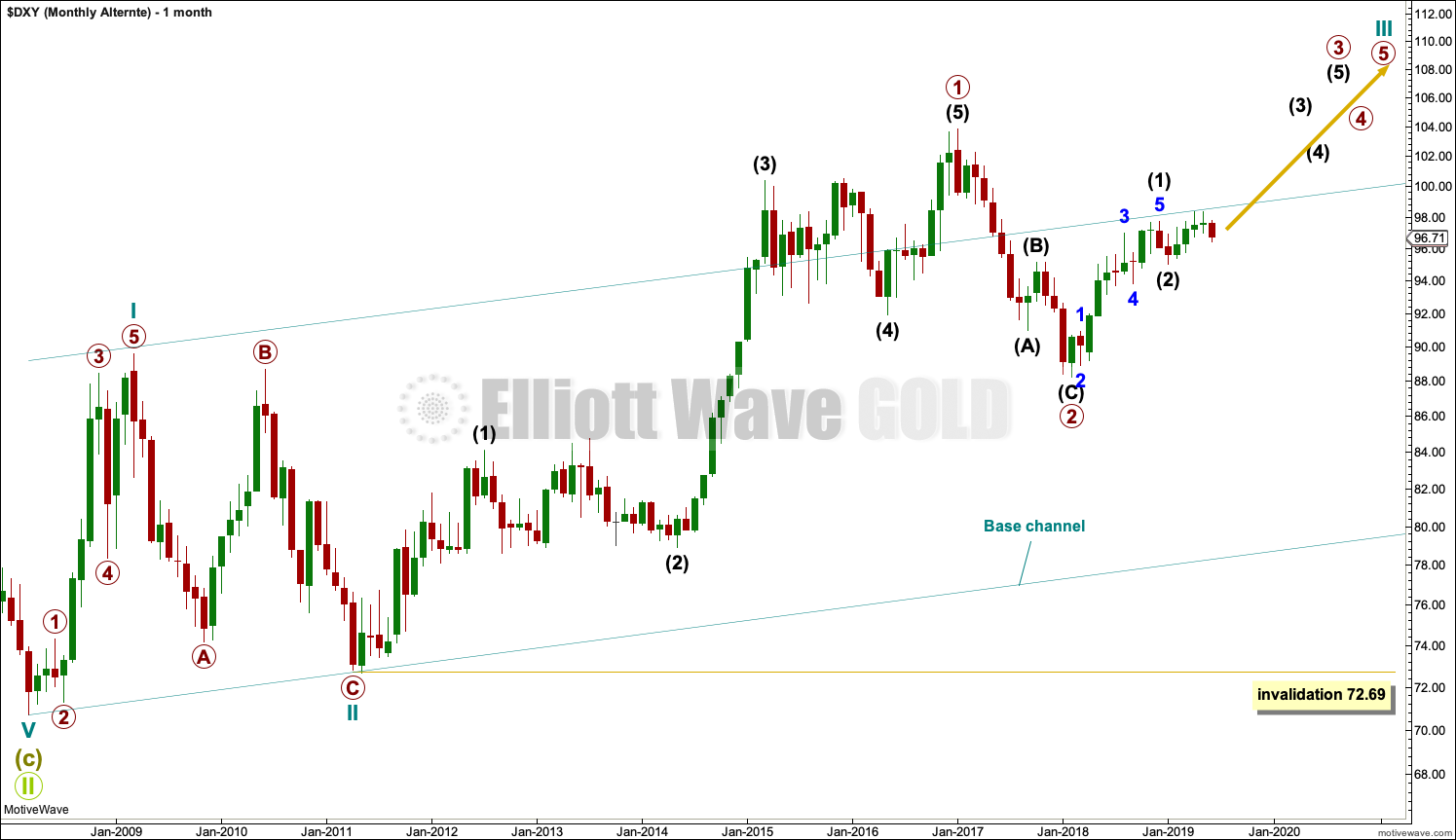 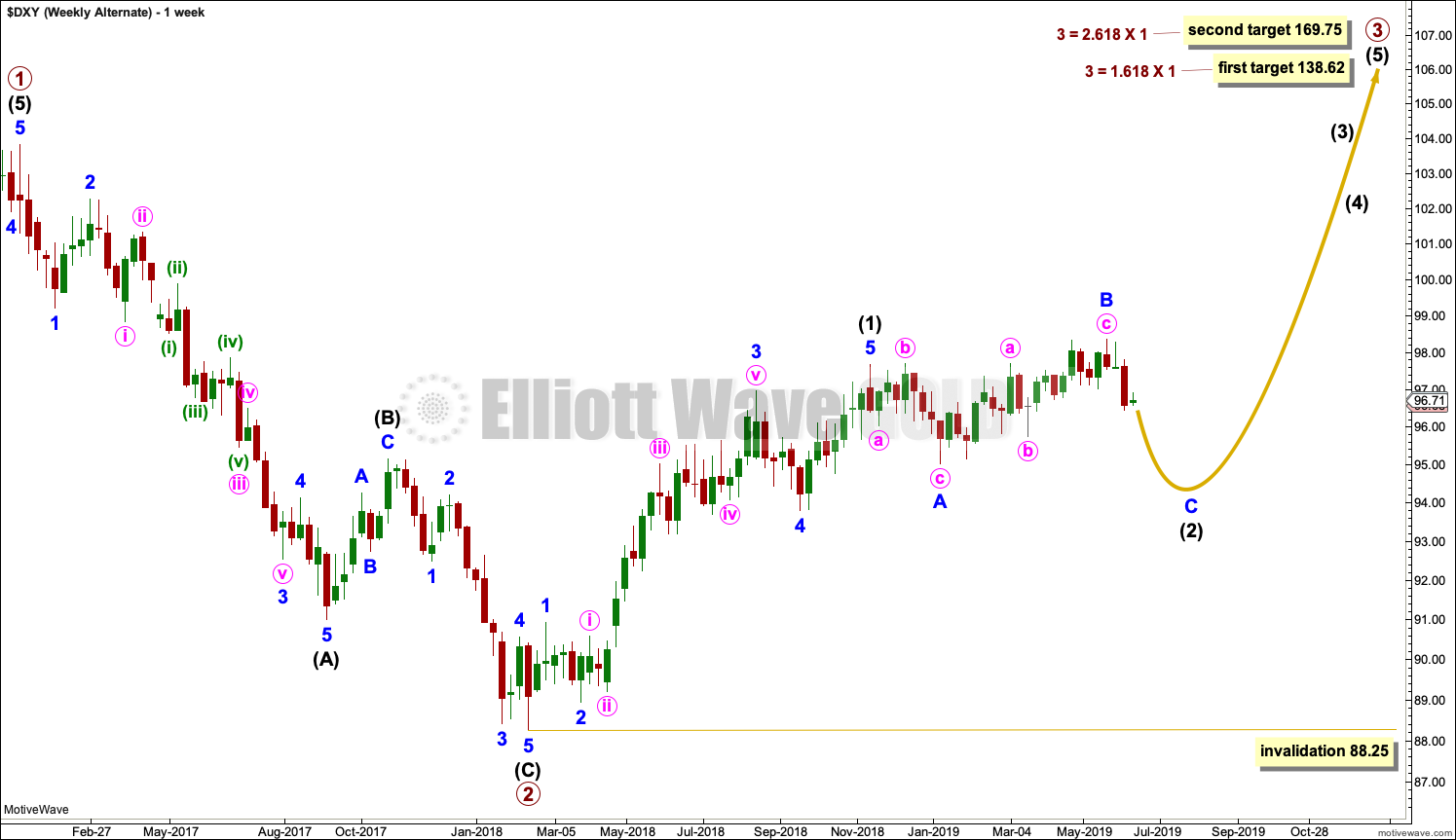 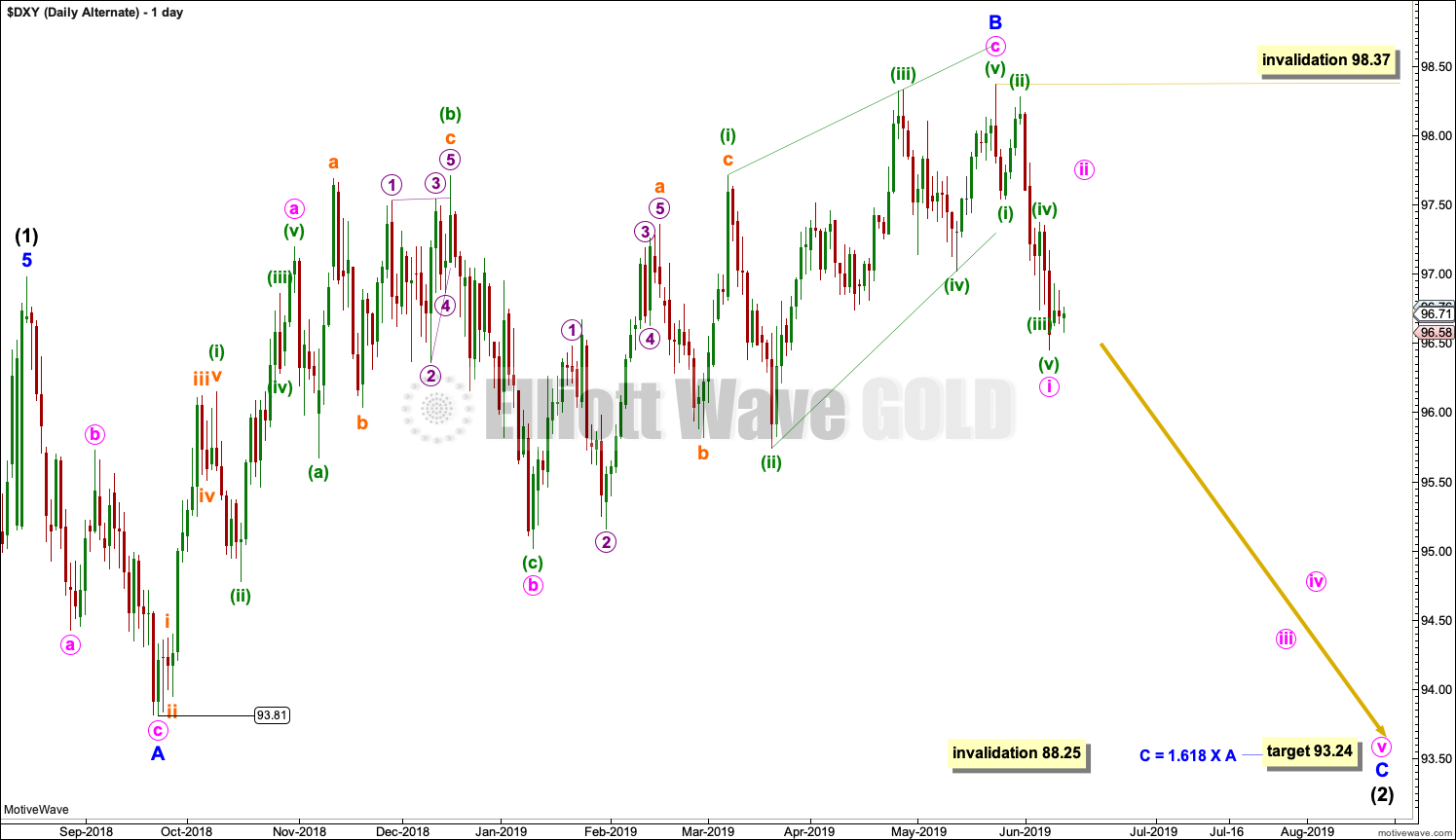 Minor wave C may move below the end of minor wave A at 93.81 to avoid a truncation. A target is calculated for minor wave C to reach the most common Fibonacci ratio to minor wave A within an expanded flat correction. 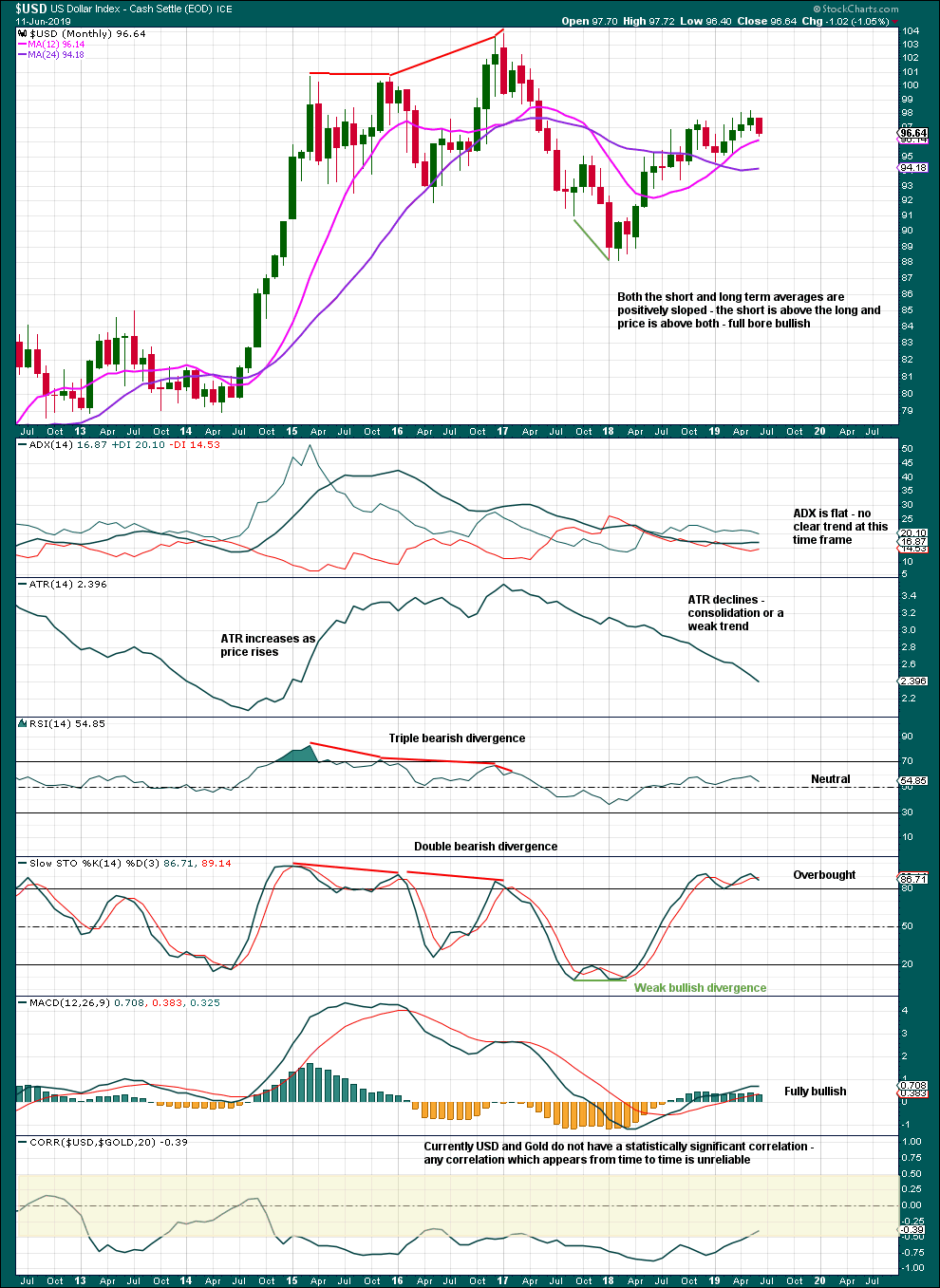 The month of June is incomplete and so no conclusion may be drawn from this candlestick. 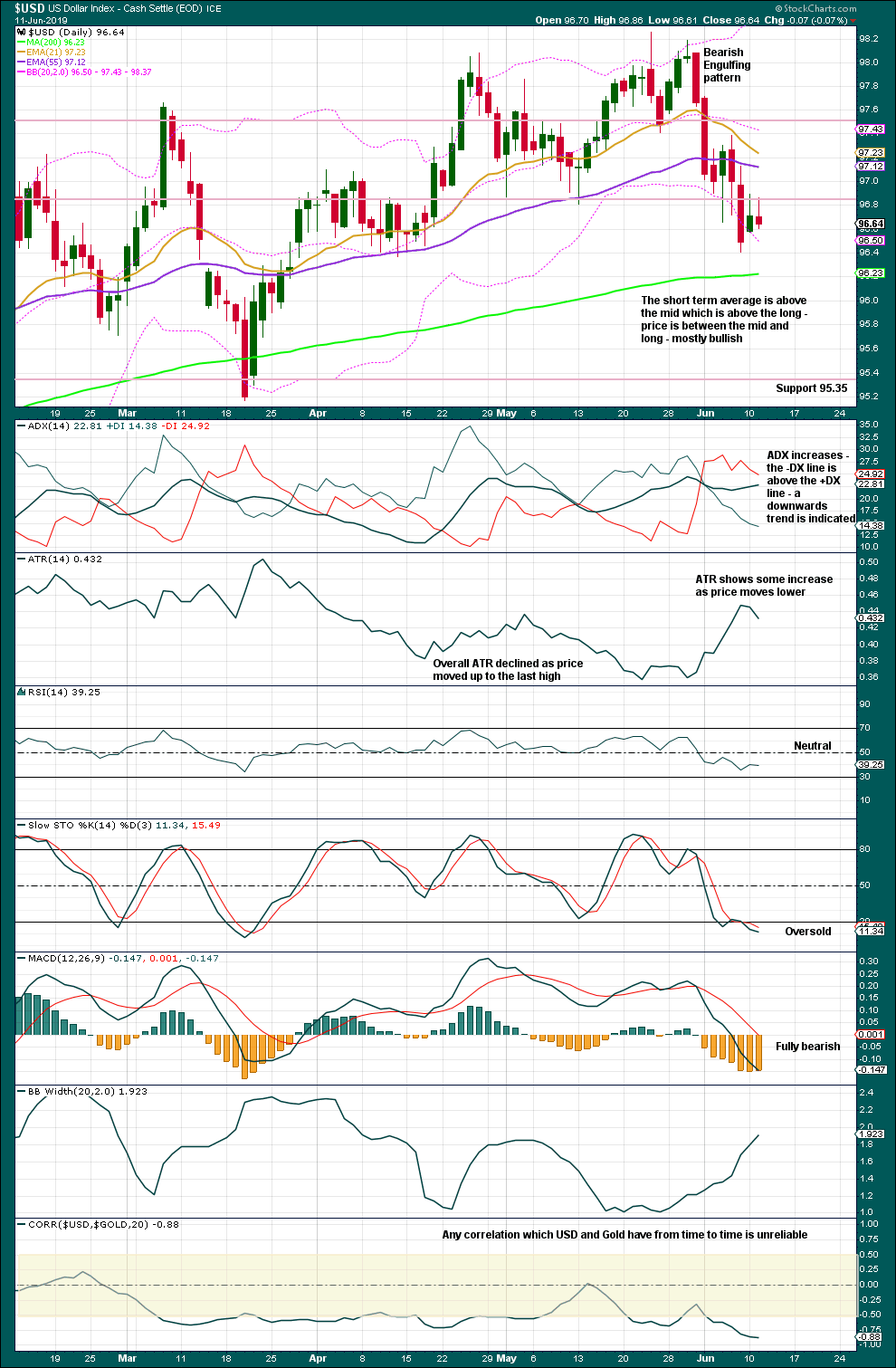 The Bearish Engulfing candlestick of the 31st of May is now followed by some downwards movement. There is some strength in this downwards movement with increasing ATR. The safest approach may be to expect it to continue until there is evidence of a reversal. That evidence may come with a bullish candlestick reversal pattern or a new swing high above 97.39.