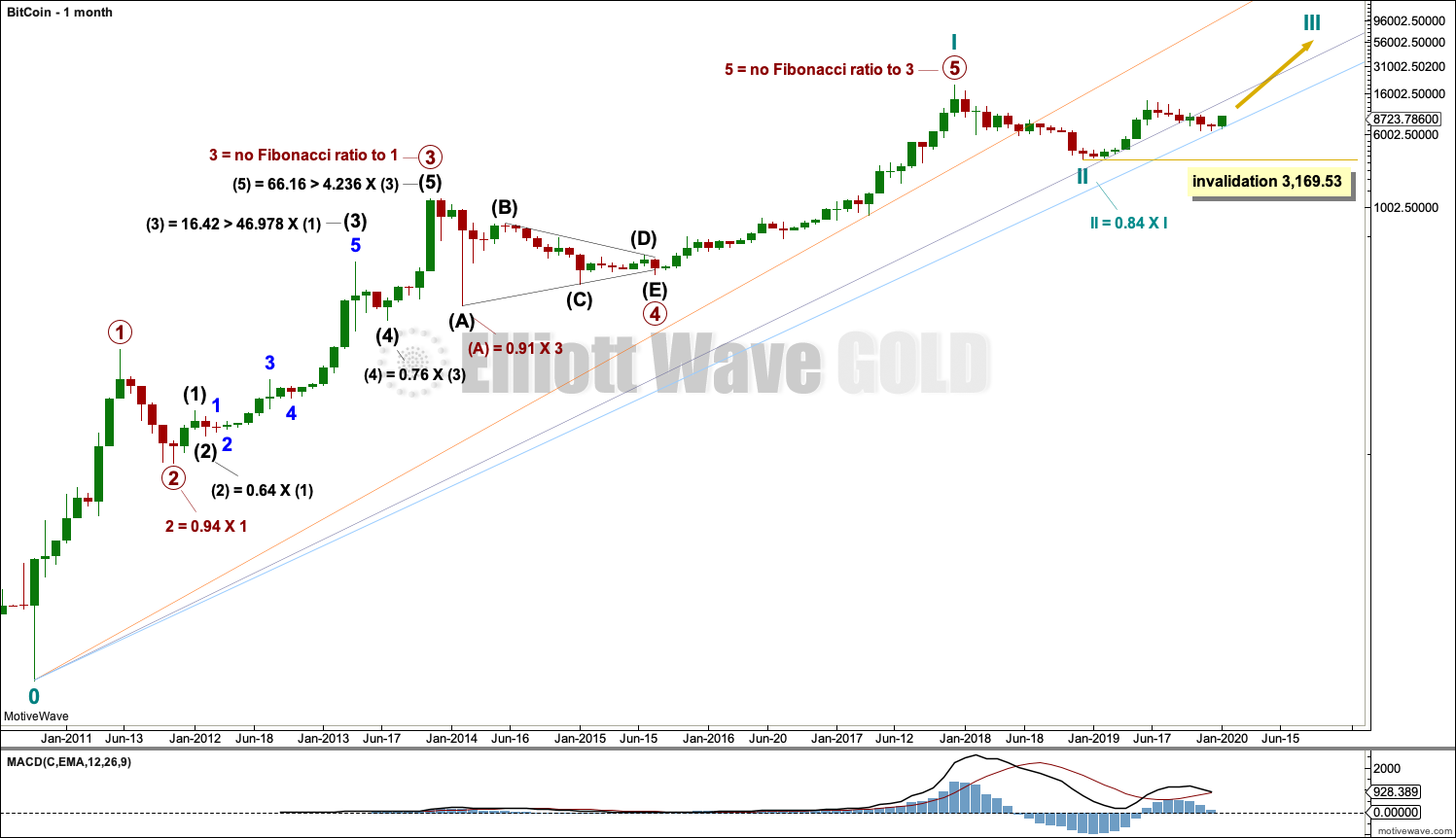 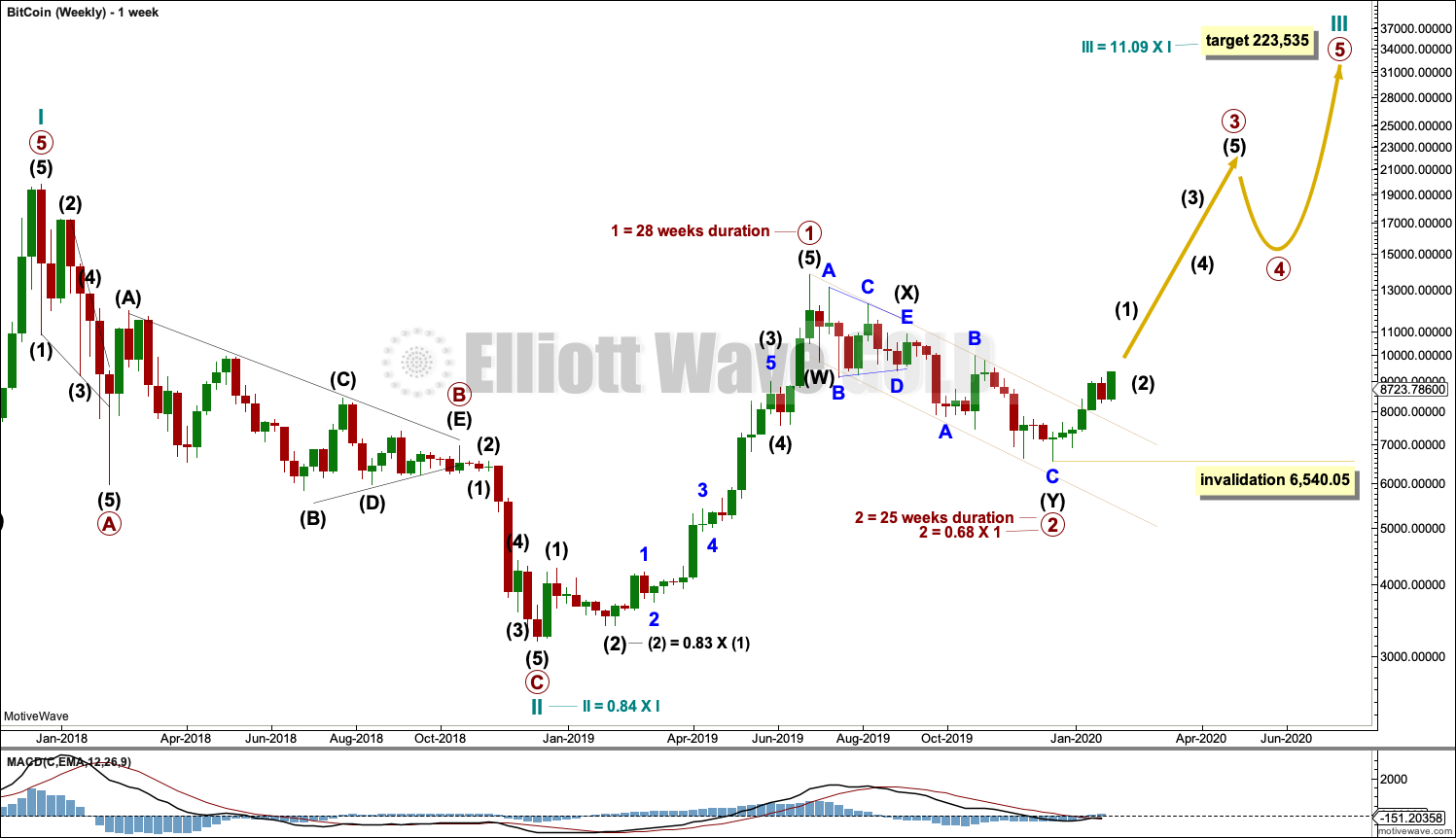 Cycle wave III must unfold as a simple five wave impulse, and within this impulse there should be two large corrections for primary waves 2 and 4. So far primary waves 1 and now 2 may be complete. Primary wave 2 may have exhibited a duration close to primary wave 1 and ended just a little lower than the 0.618 Fibonacci ratio. Primary wave 2 subdivides as a double zigzag. 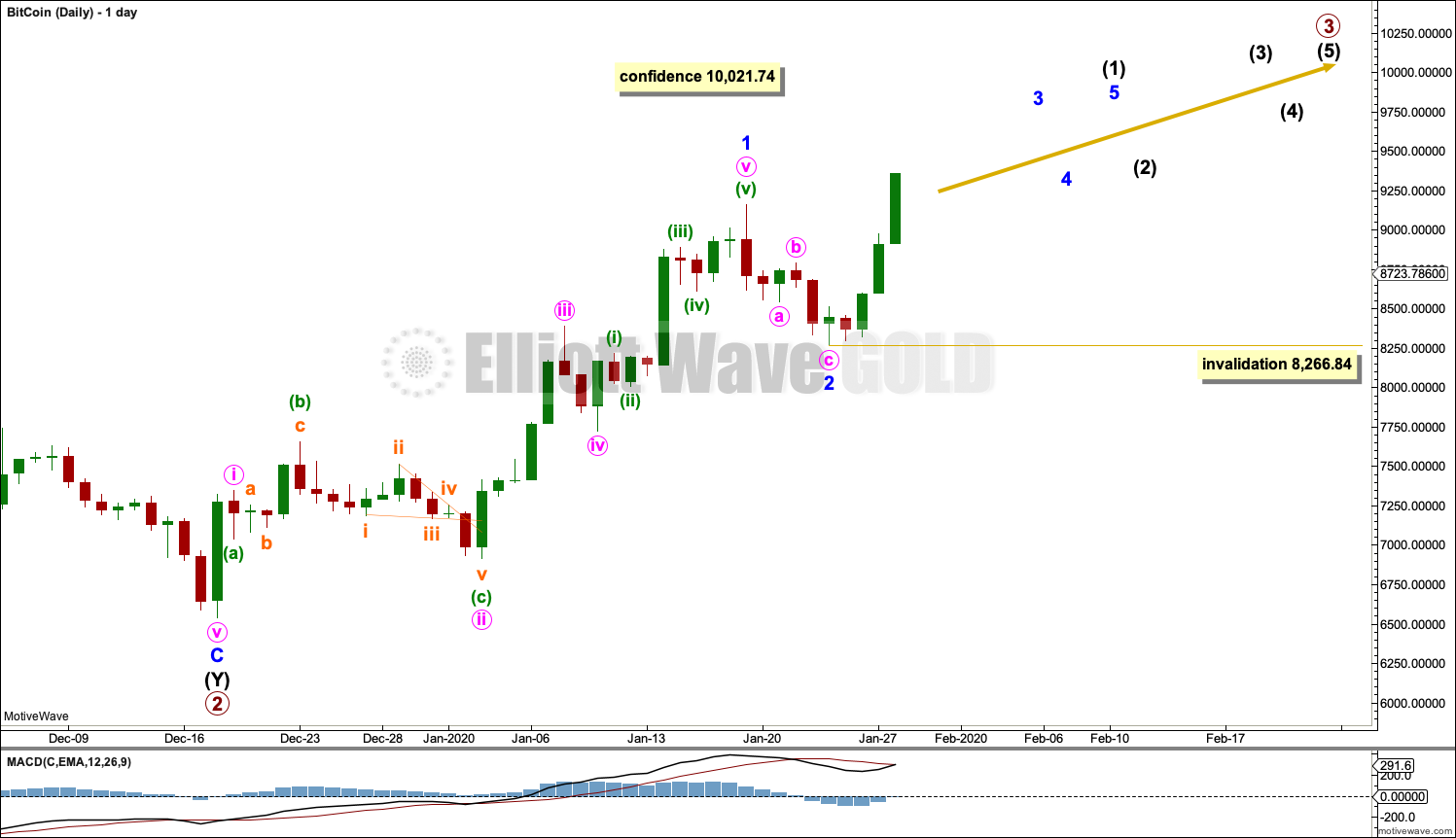 If minor wave 1 is complete within intermediate wave (1), then minor wave 3 has begun to exhibit increased momentum and range with support from volume. Within minor wave 3, no second wave correction may move beyond the start of its first wave below 8,266.84. 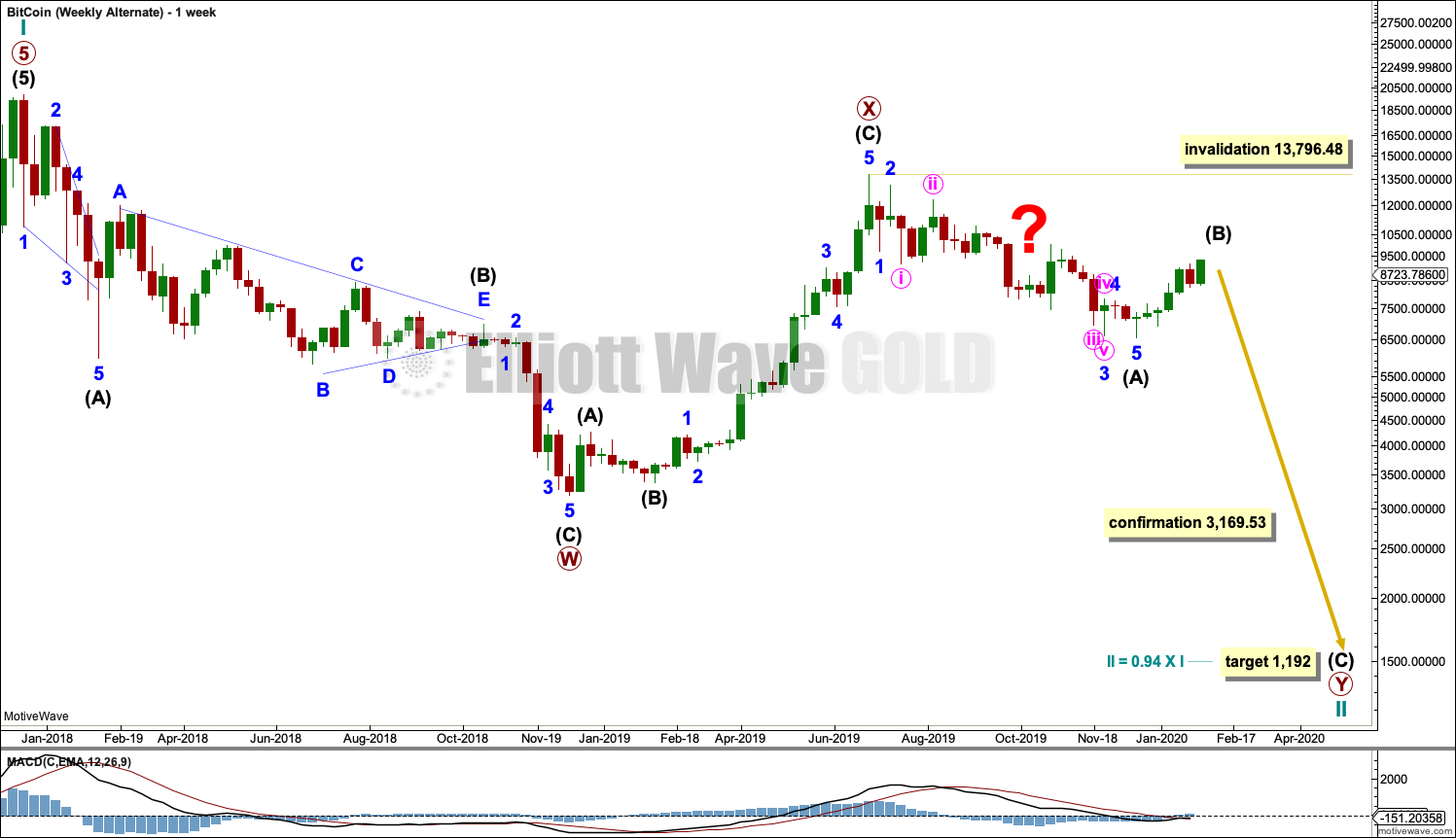 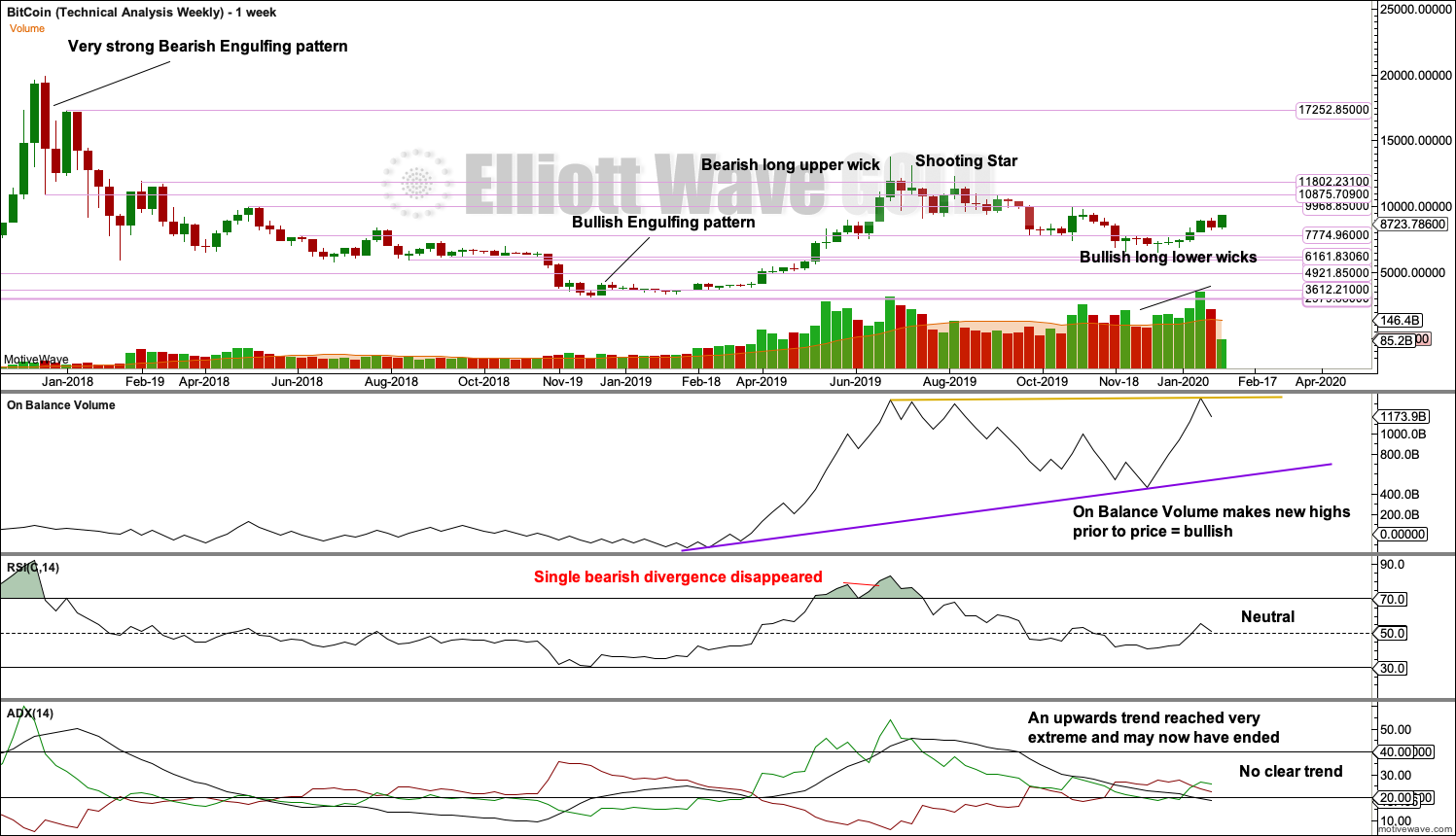 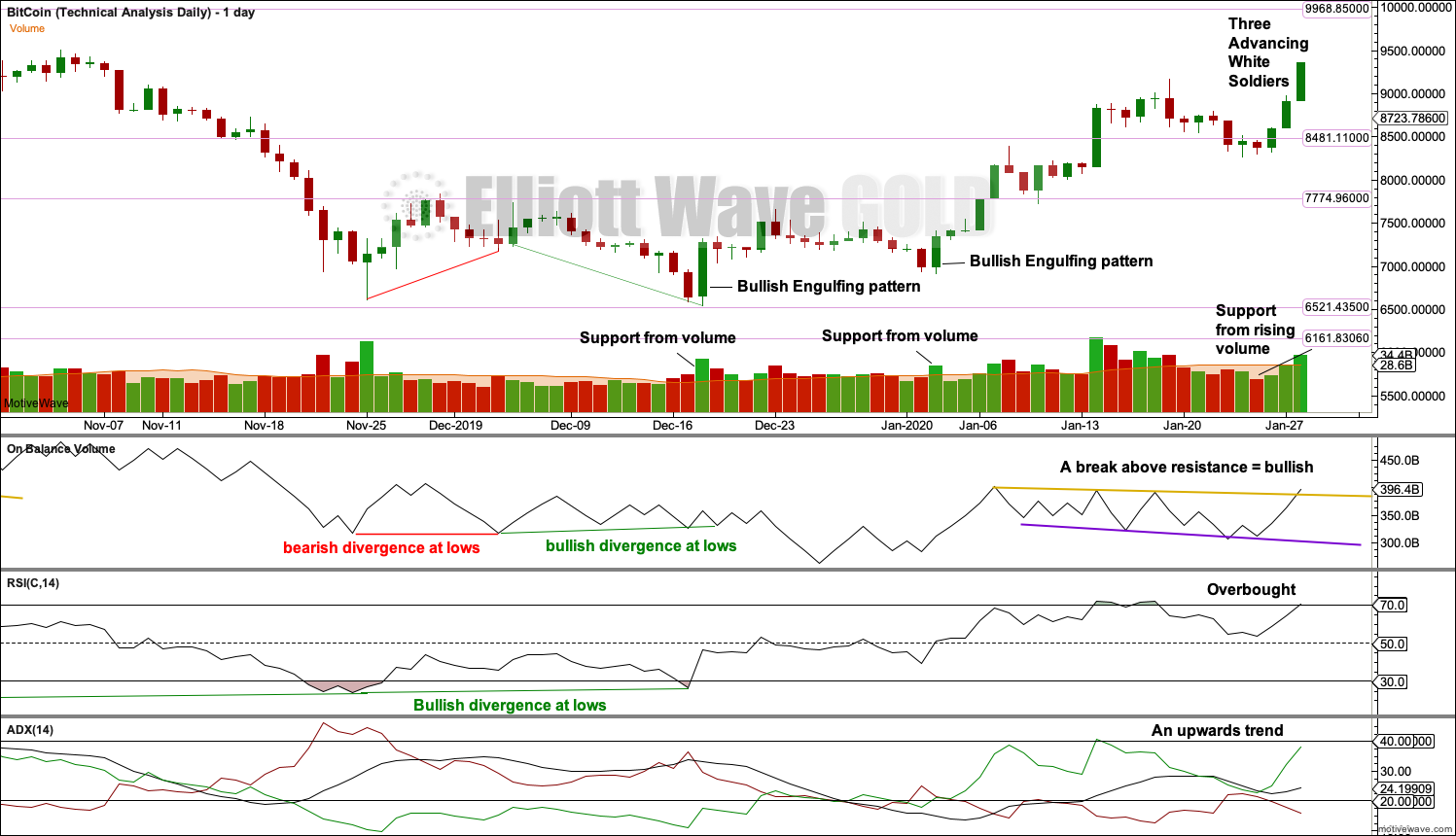 – A strong Bullish Engulfing candlestick pattern which had support from volume.

– Bullish divergence between price and On Balance Volume.

– ADX reached extreme for the downwards trend 20 days prior to the low.

Now there are signs of strength in following upwards movement:

– A bullish signal from On Balance Volume.

– Most recently, a very strong bullish candlestick pattern in Three Advancing White Soldiers that  has strong support from volume.