Last analysis on January 30, 2020 expected overall upwards movement to complete a first wave, which could then be followed by a second wave correction. This is overall what has happened

Summary: A sustainable low looks to now be in place. Further confidence may be had in this view if Bitcoin can make a new high above 10,021.74. Support may now hold at 6,540.05. 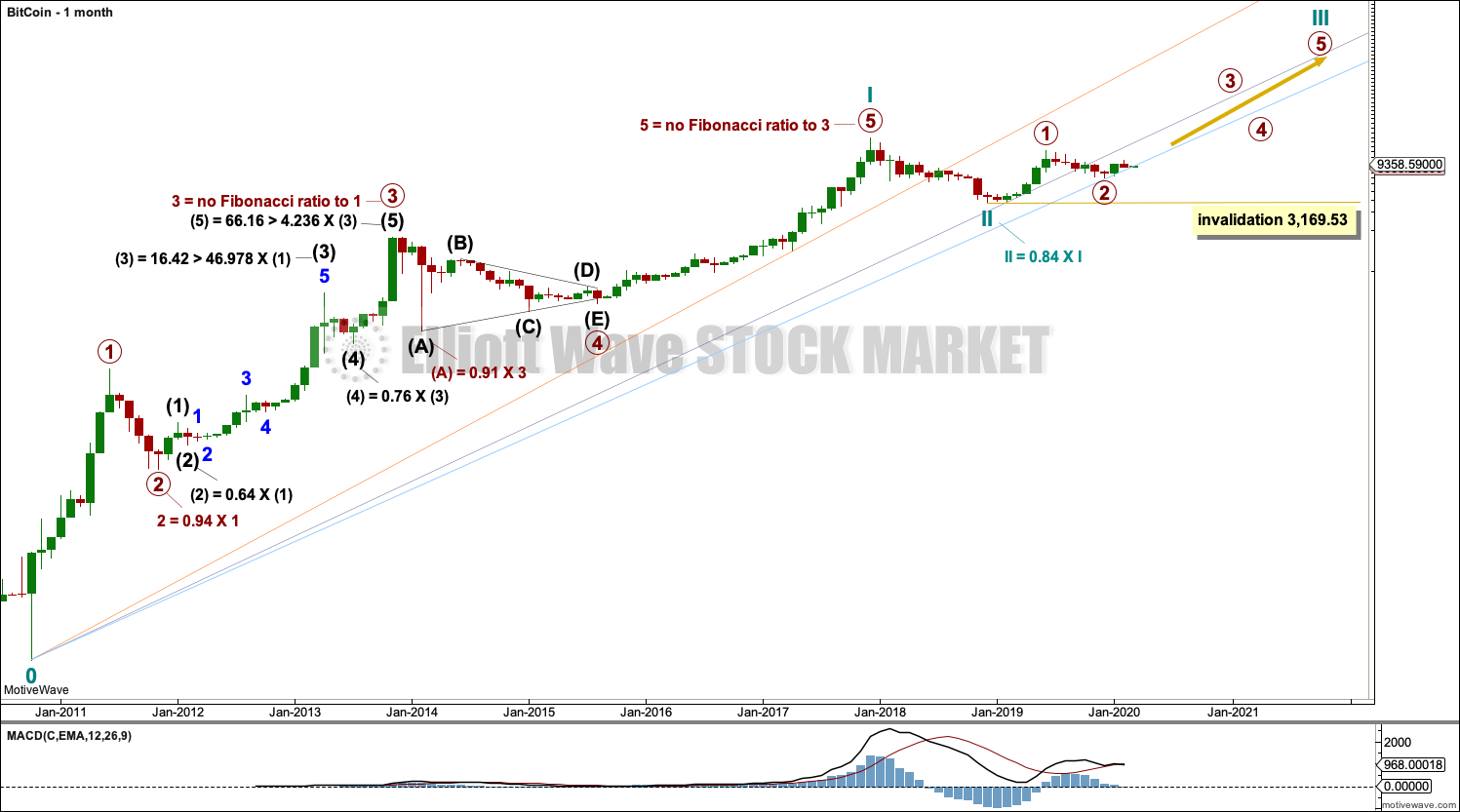 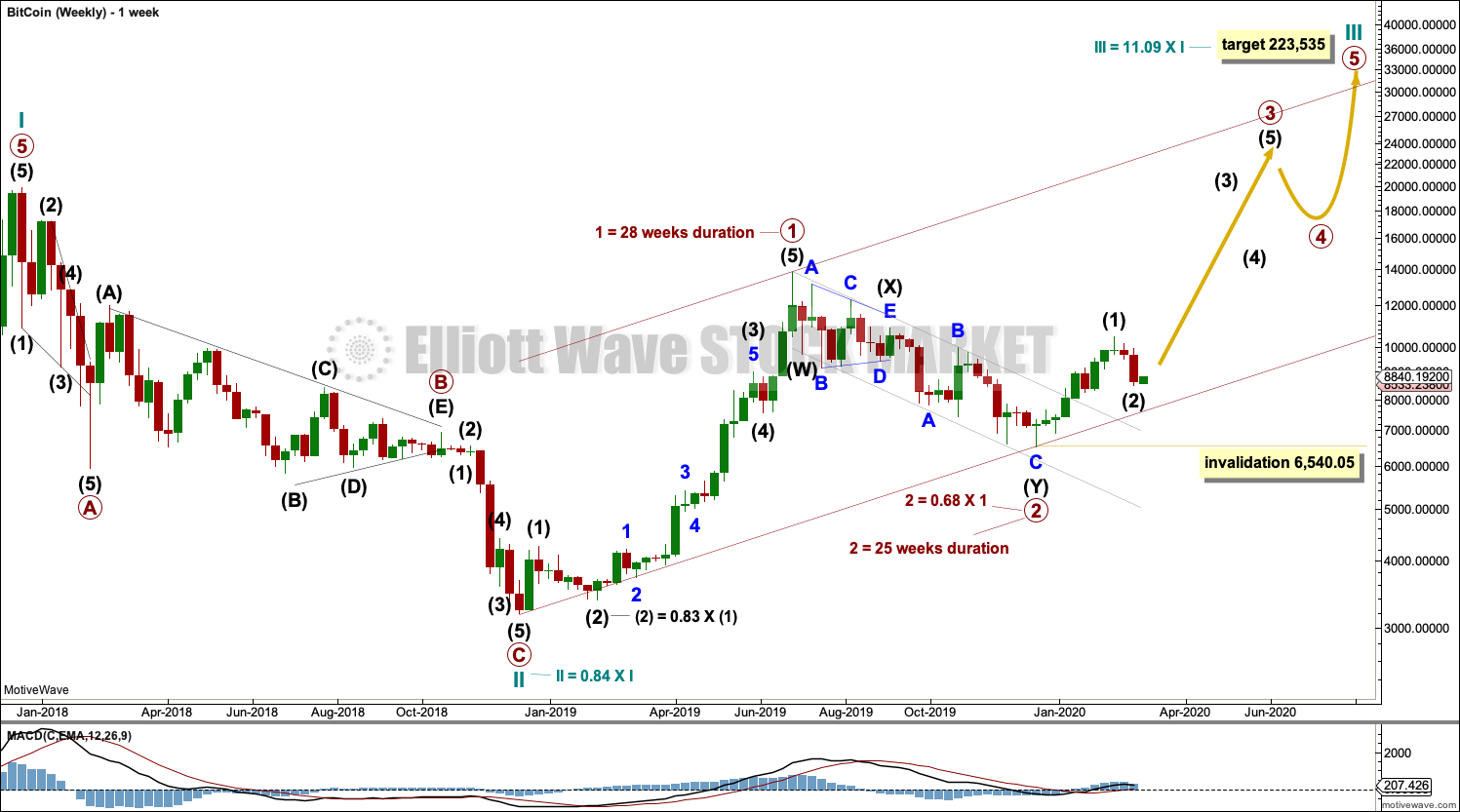 Cycle wave III must unfold as a simple five wave impulse, and within this impulse there should be two large corrections for primary waves 2 and 4. So far primary waves 1 and now 2 may be complete. Primary wave 2 may have exhibited a duration close to primary wave 1 and ended just a little lower than the 0.618 Fibonacci ratio. Primary wave 2 subdivides as a double zigzag.

Draw a base channel about primary waves 1 and 2 as shown. The lower edge may provide support if intermediate wave (2) moves lower. The power of a strong third wave may breach the upper edge of this channel. 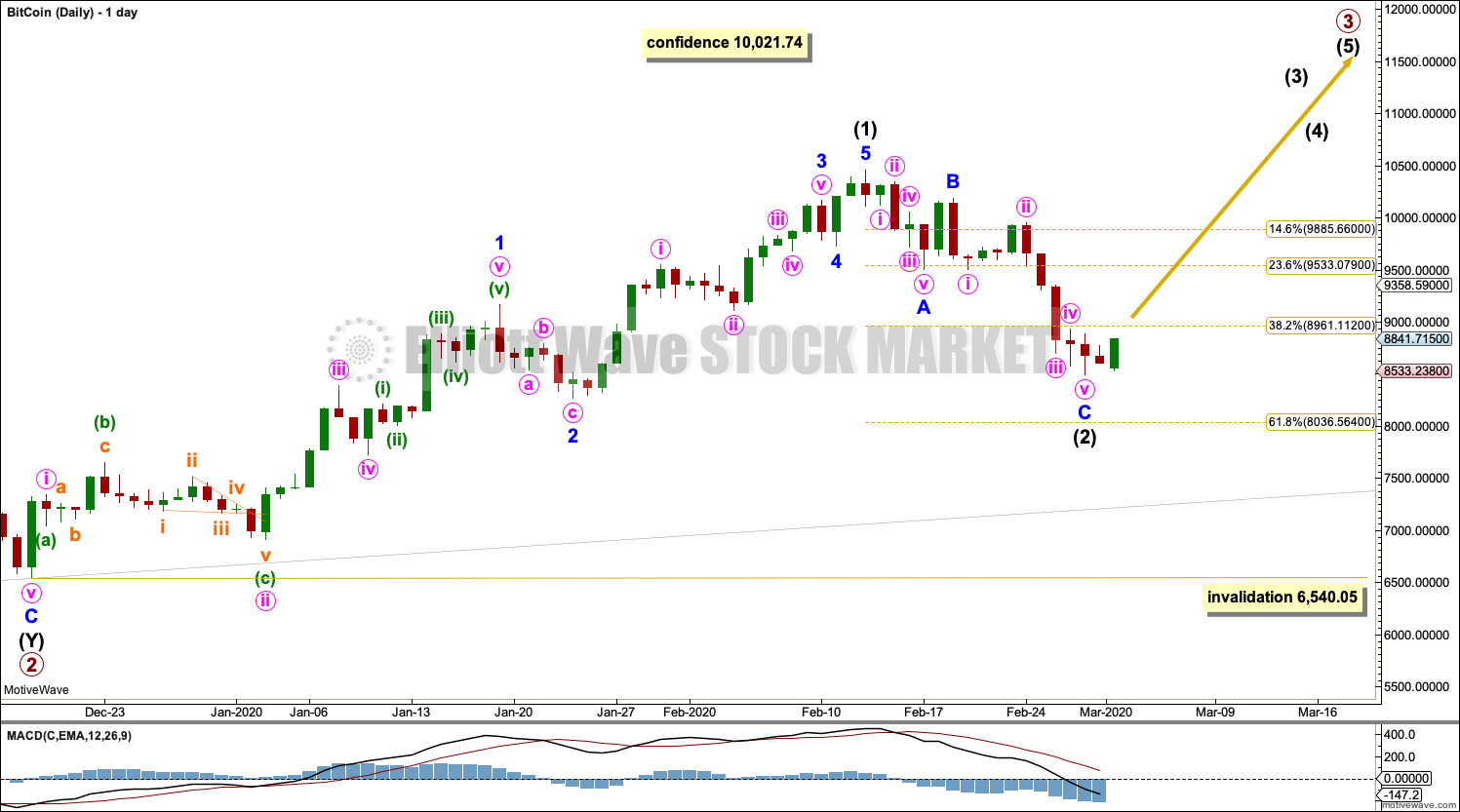 Within primary wave 3, at this stage, intermediate waves (1) and (2) may be complete. 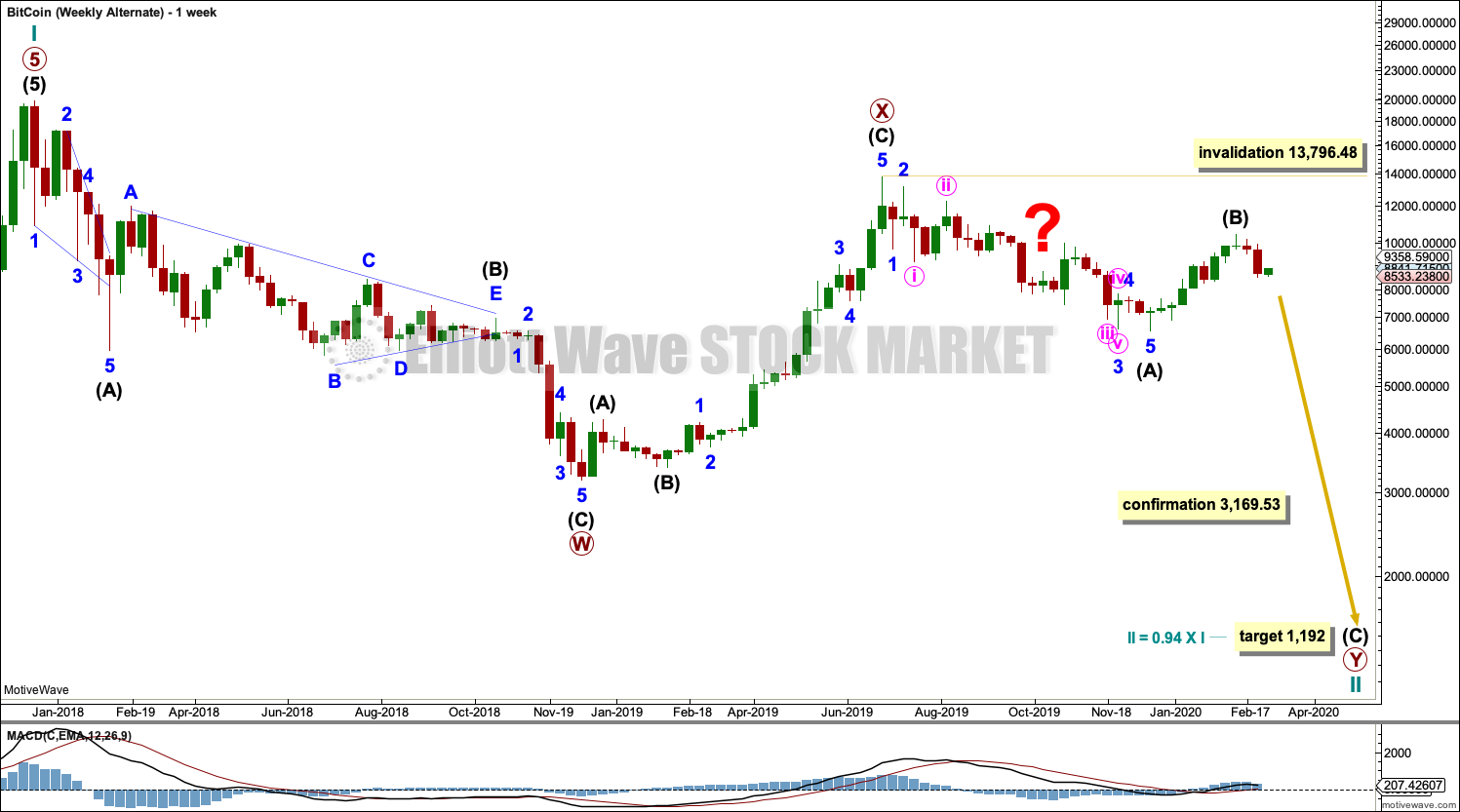 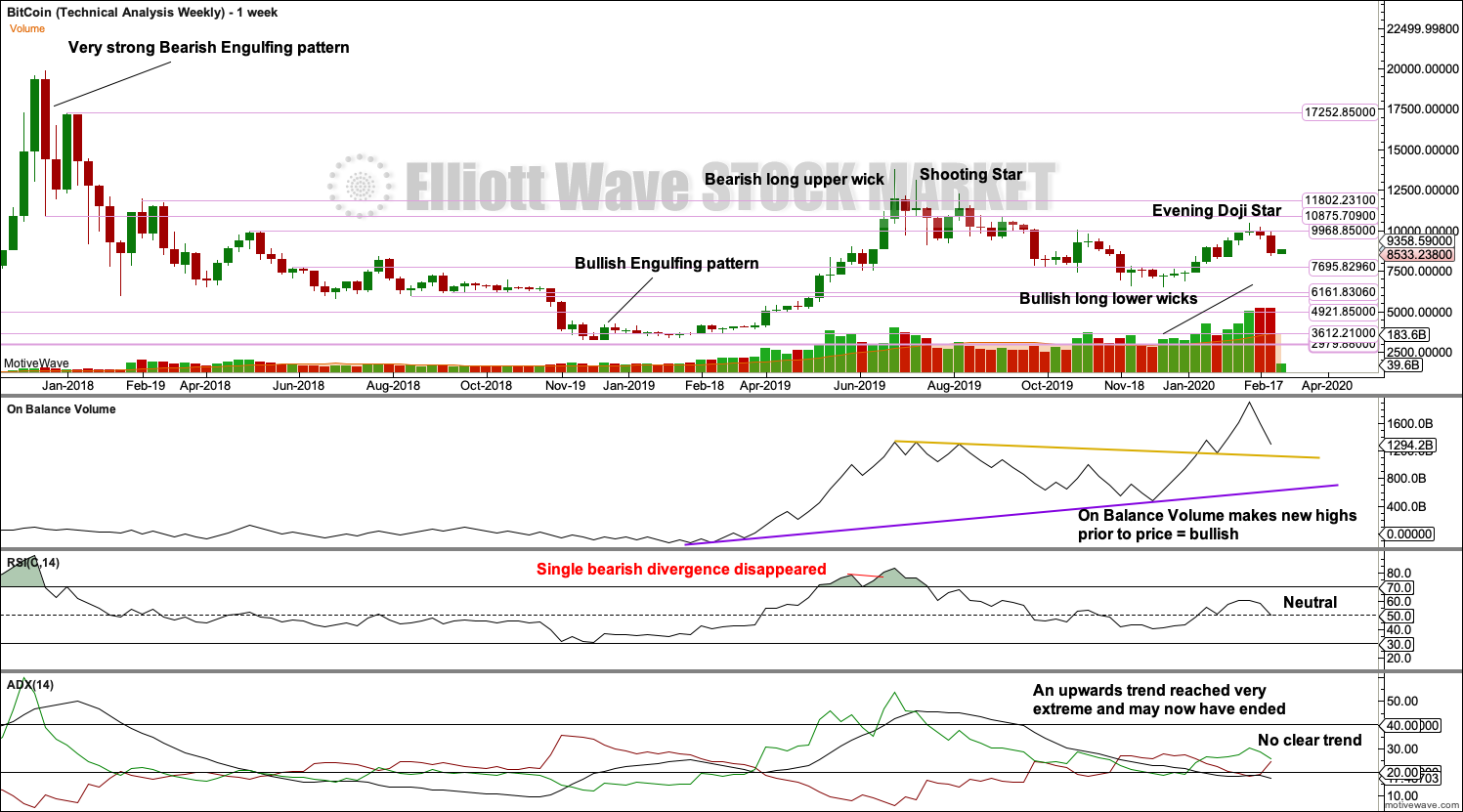 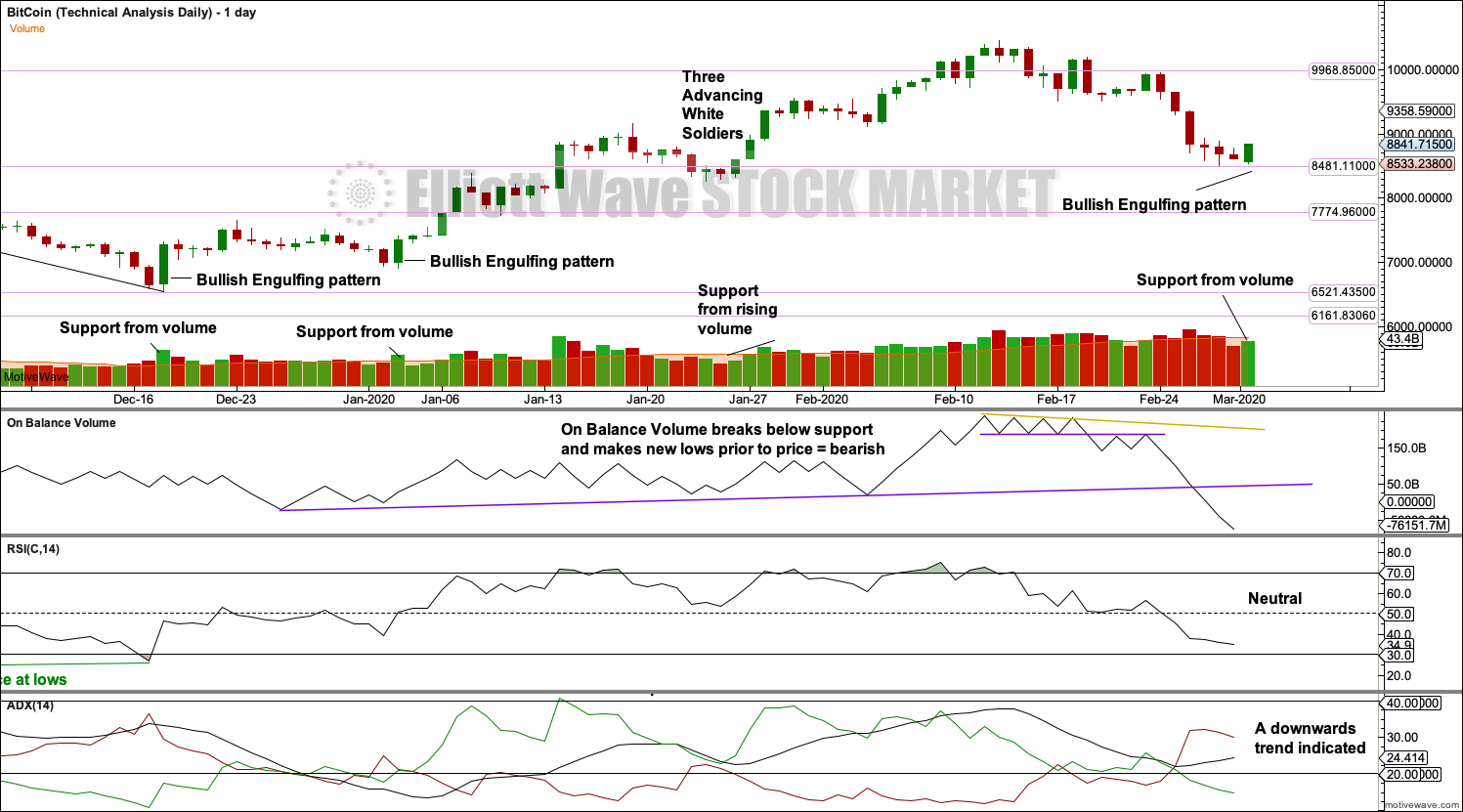 – A strong Bullish Engulfing candlestick pattern which had support from volume.

– Bullish divergence between price and On Balance Volume.

– ADX reached extreme for the downwards trend 20 days prior to the low.

Now there are signs of strength in following upwards movement:

– A bullish signal from On Balance Volume.

– Another Bullish Engulfing candlestick pattern has appeared on the 2nd of March, which has support from volume.