Summary: Look out for another multi-week pullback, which may possibly just begun and should remain above 4,106.981. Thereafter, the upwards trend may resume with increased strength towards new all time highs.

A new swing high above 10,457.627 provides confidence that Bitcoin may be forming another huge bubble. 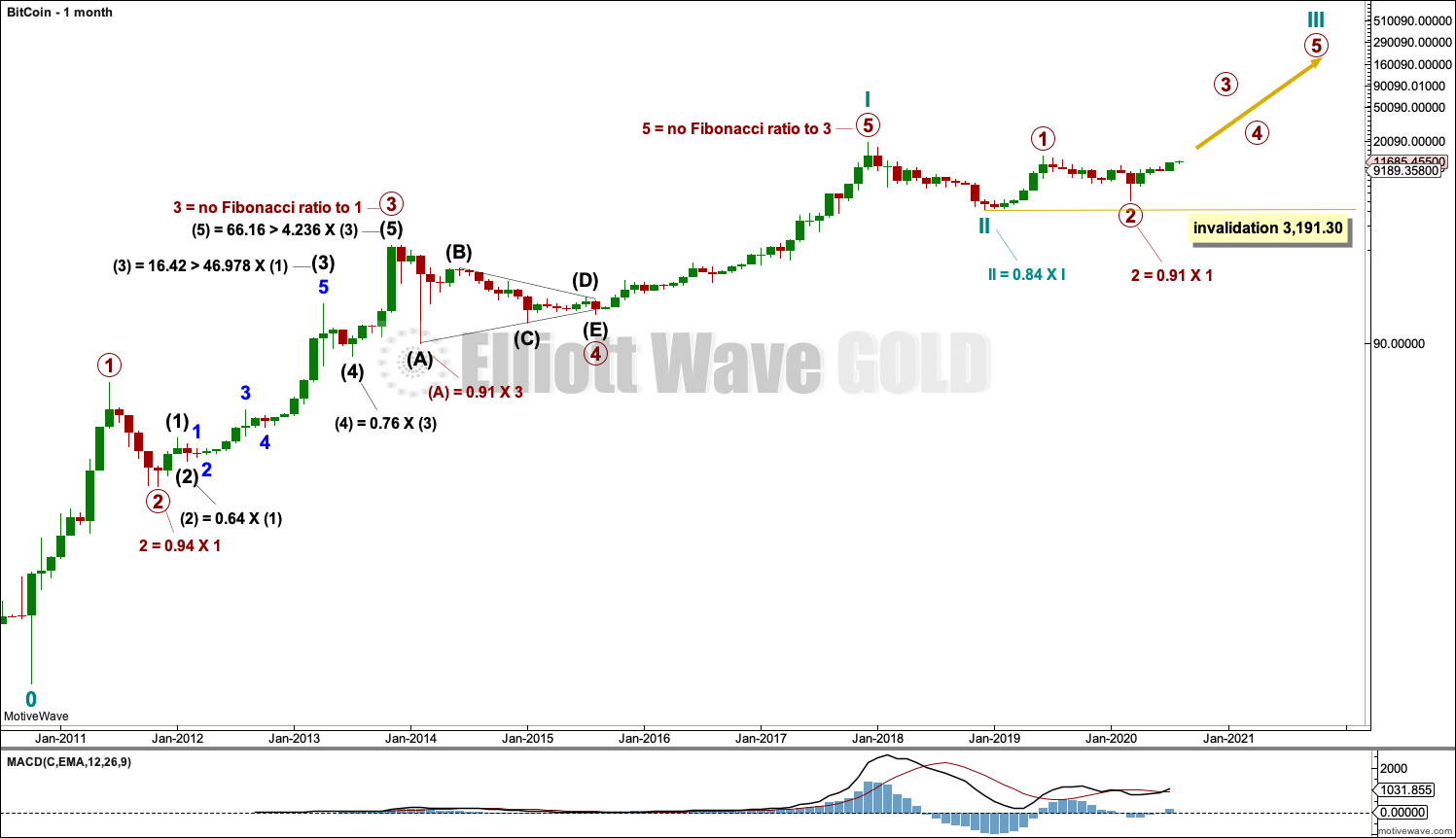 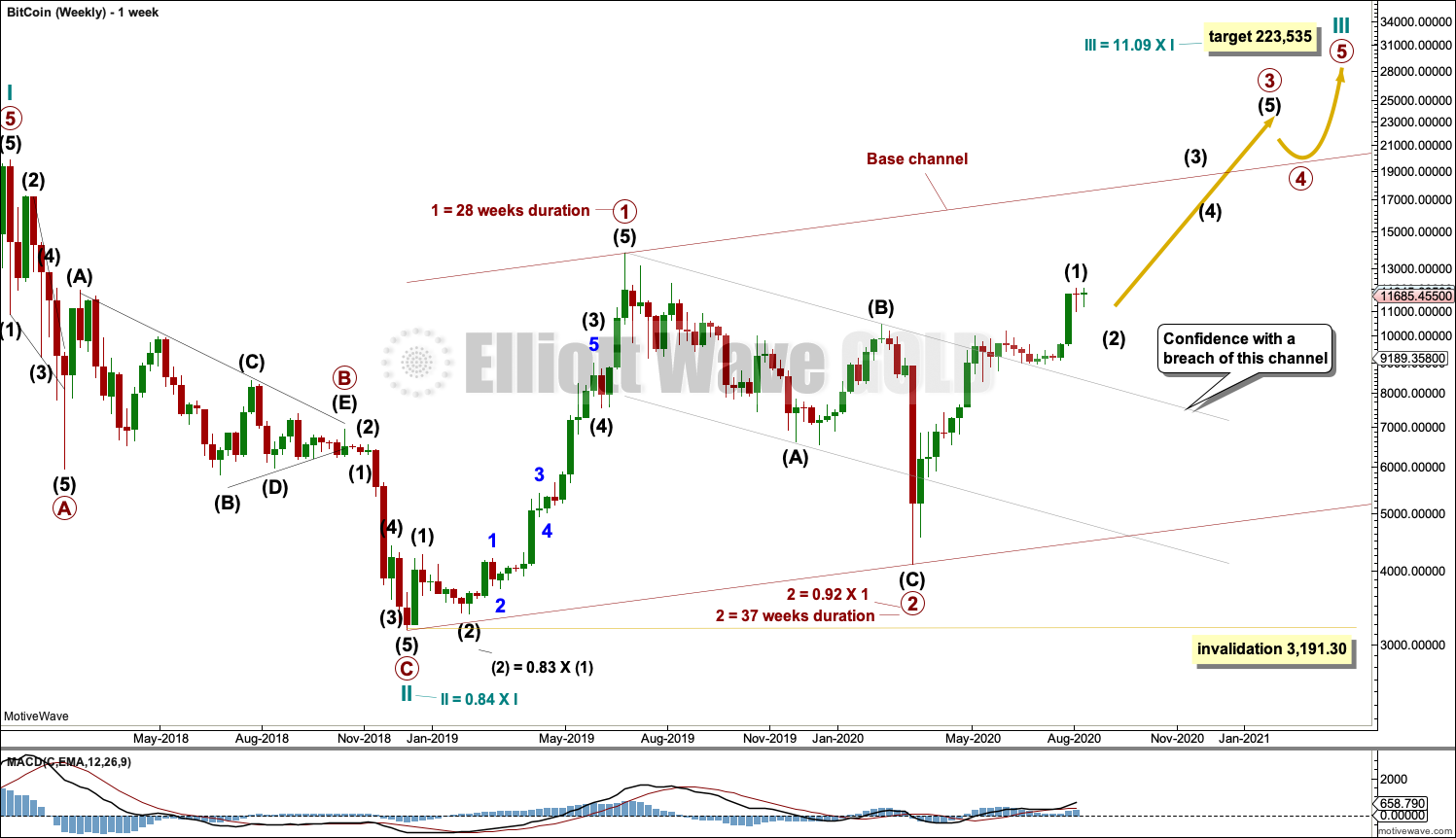 Cycle wave I lasted 7.2 years and cycle wave II may have been over within just under one year. It would be reasonable to expect cycle wave III to last about 7 years, possibly a Fibonacci 8 or 13 years. At this stage, it may be now within its 20th month. 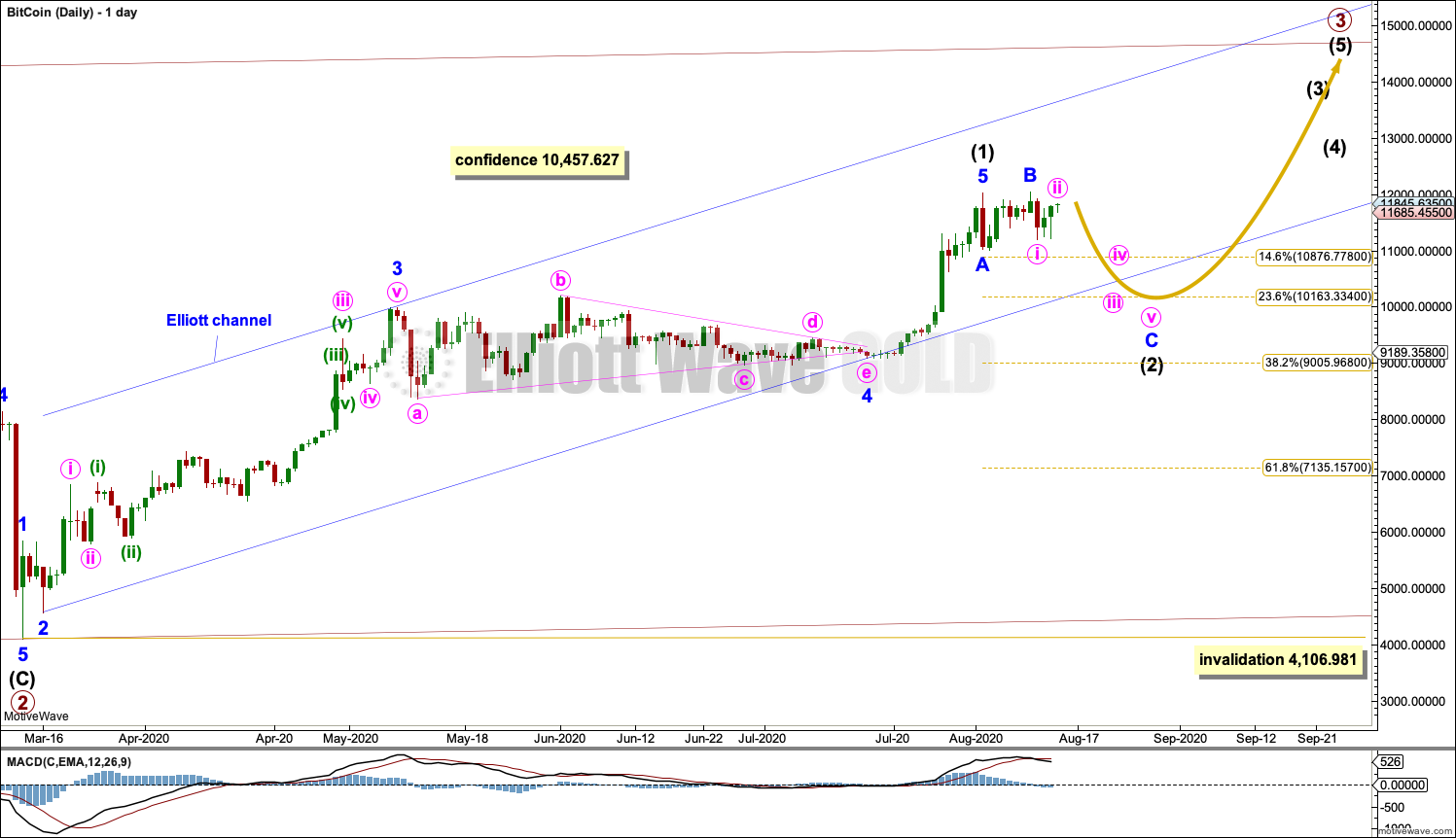 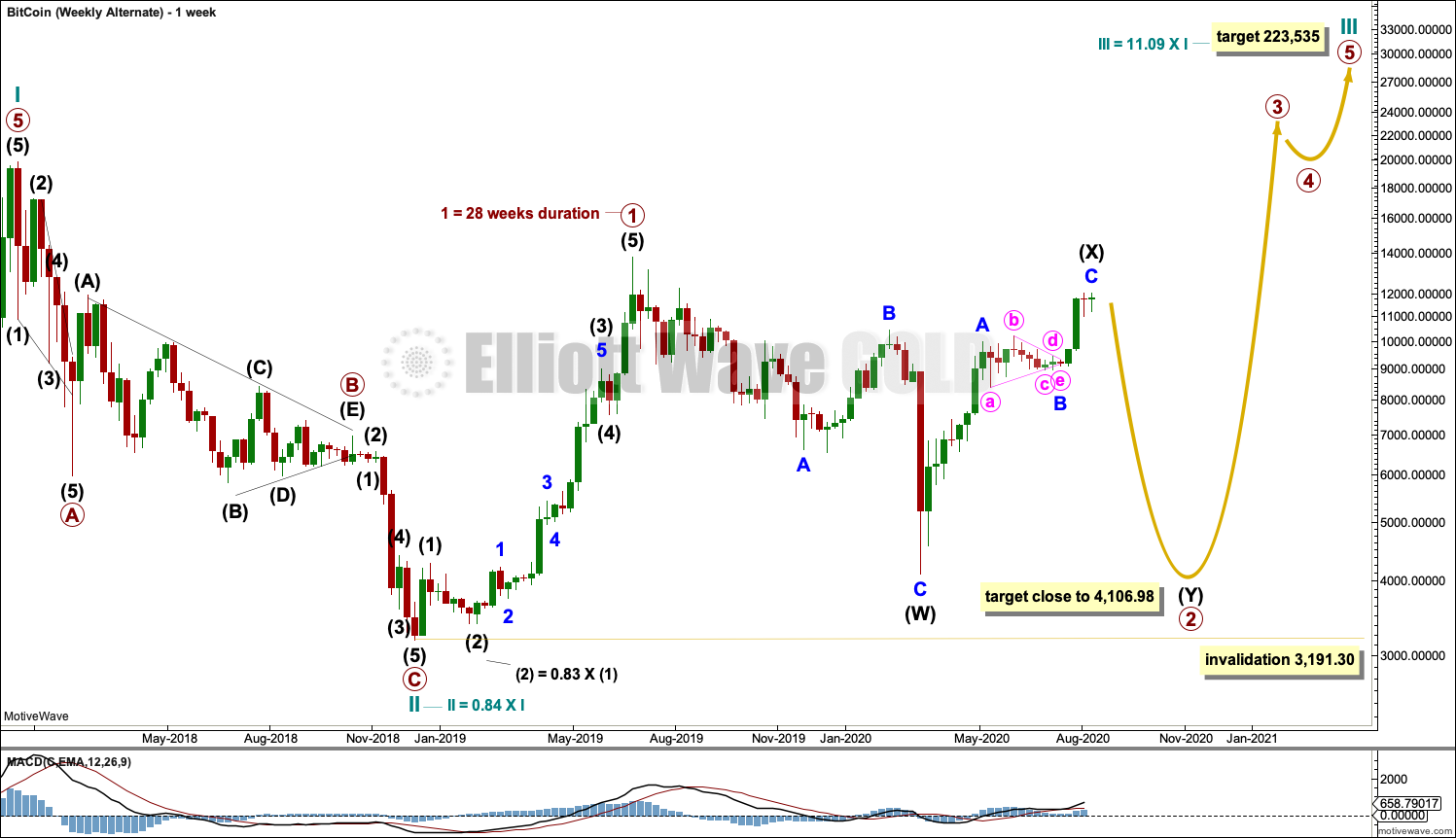 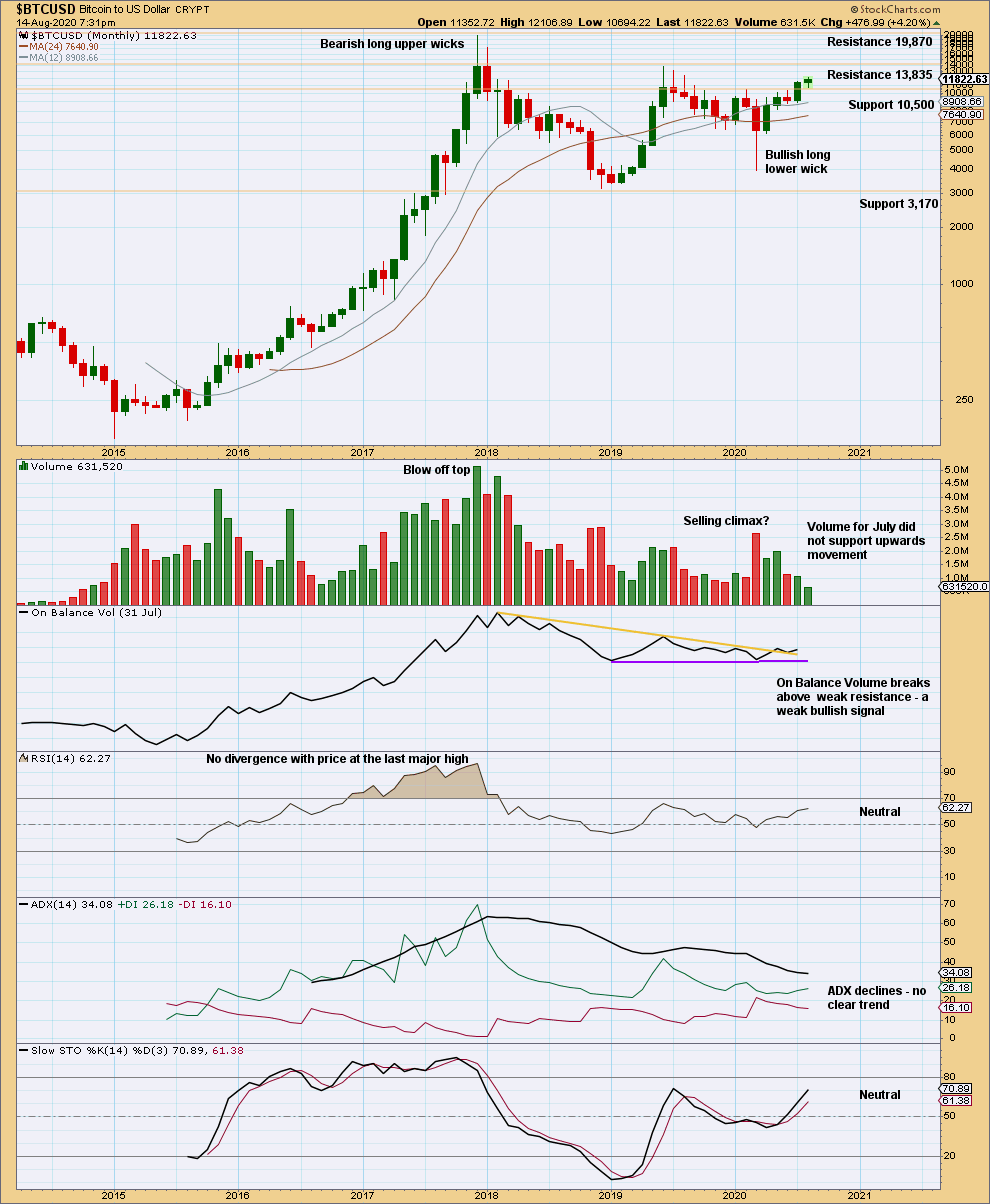 The bullish signal from On Balance Volume supports the main Elliott wave count.

It is not concerning for the Elliott wave count that July exhibited very weak volume. Looking at the price and volume history of Bitcoin on this chart this is normal early on in a new trend. 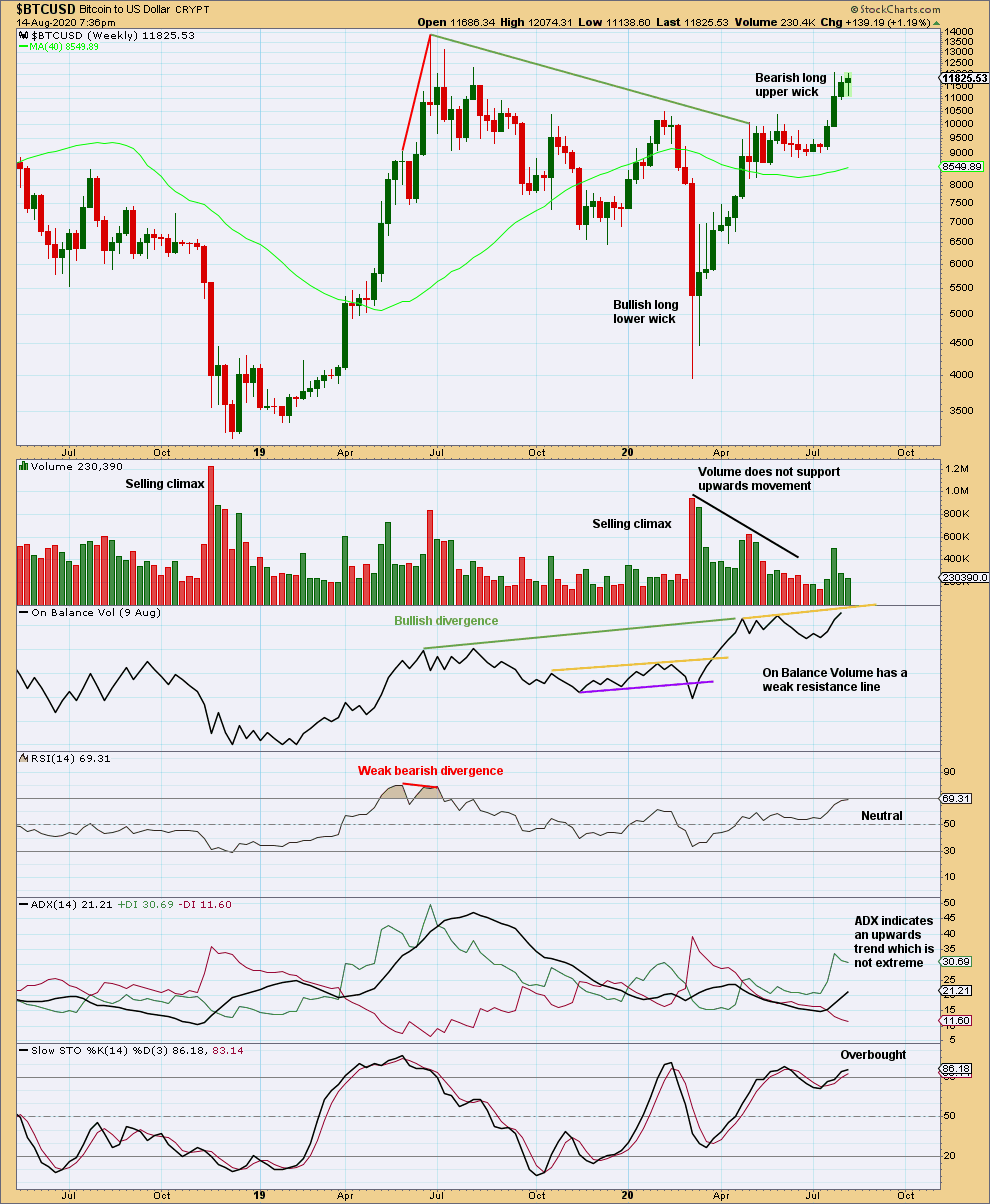 With price now continuing higher, it looks like the high of June 2019 may be breached. Resistance in this area should be strong and may force a pullback. 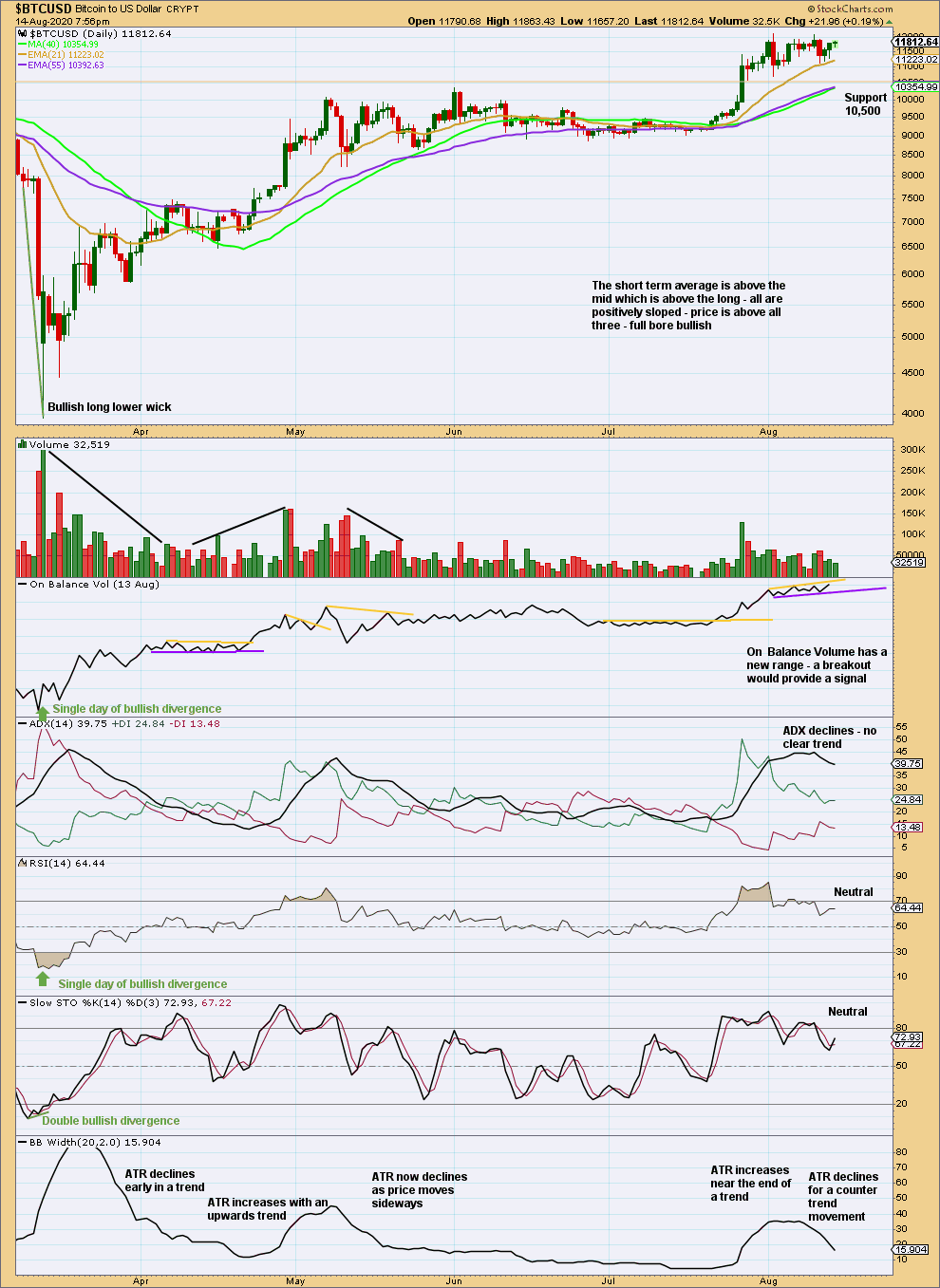