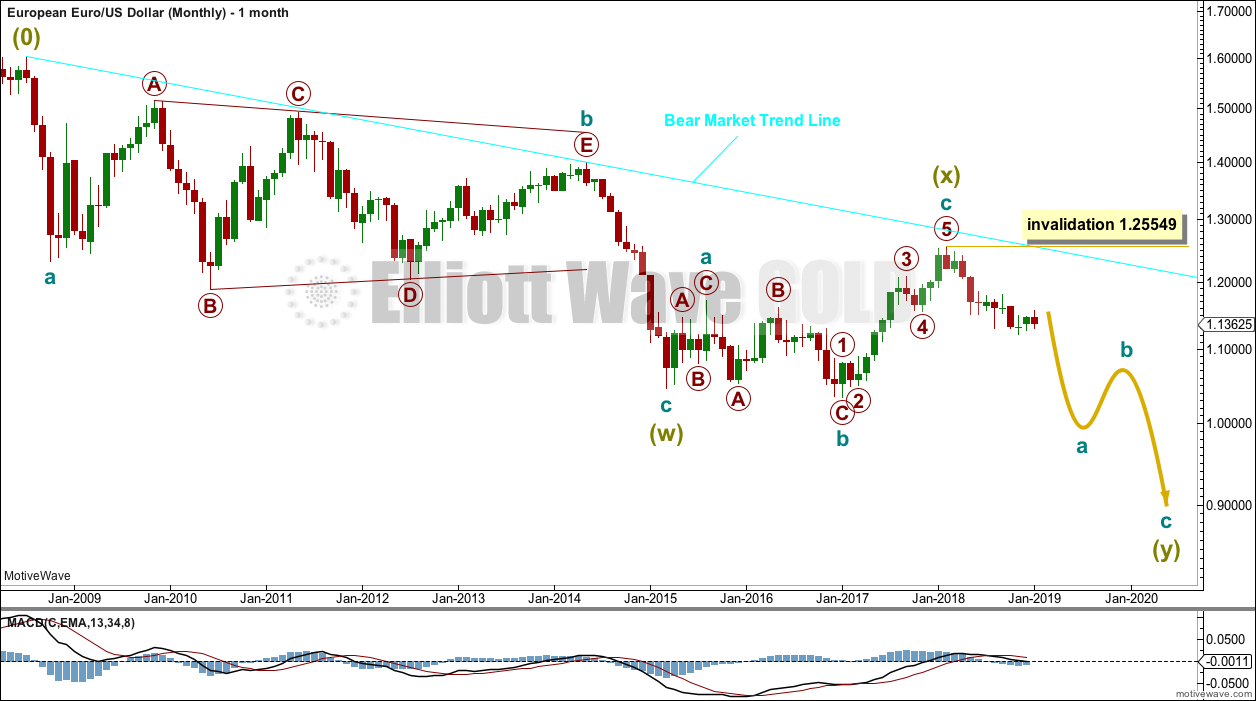 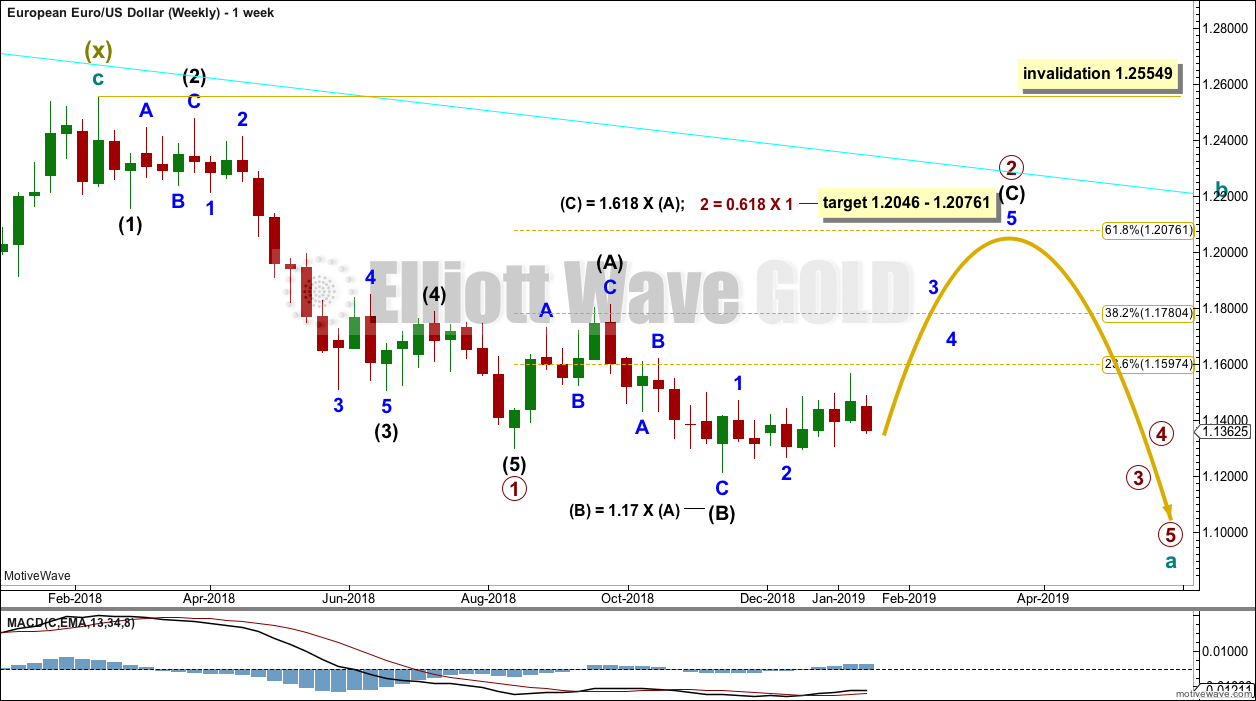 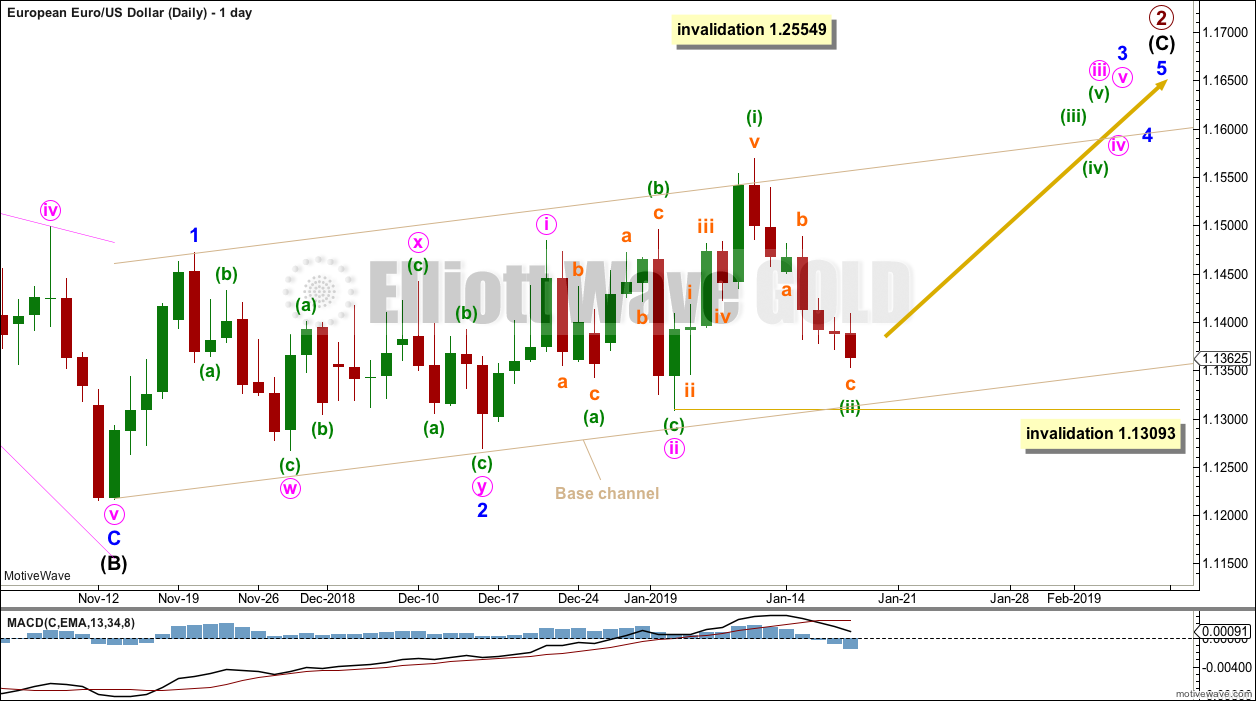 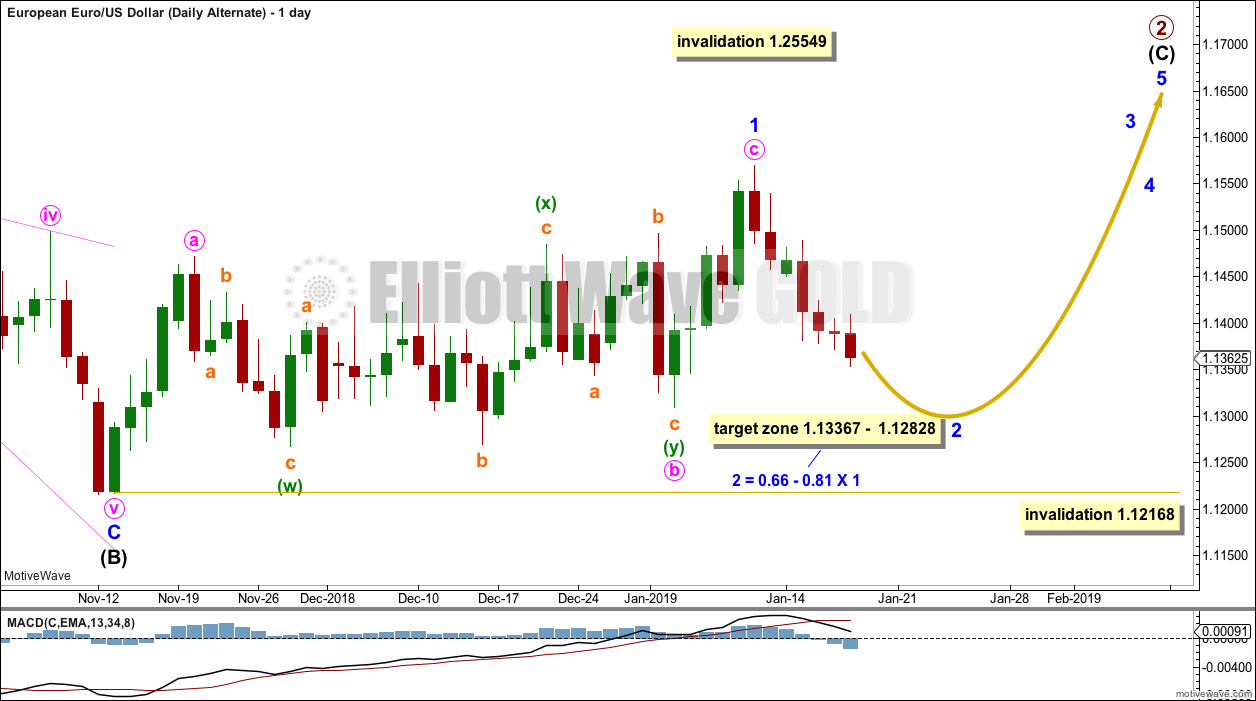 All sub waves within an ending diagonal should subdivide as zigzags. A zigzag for minor wave 1 may be complete at the last high of 1.5695. 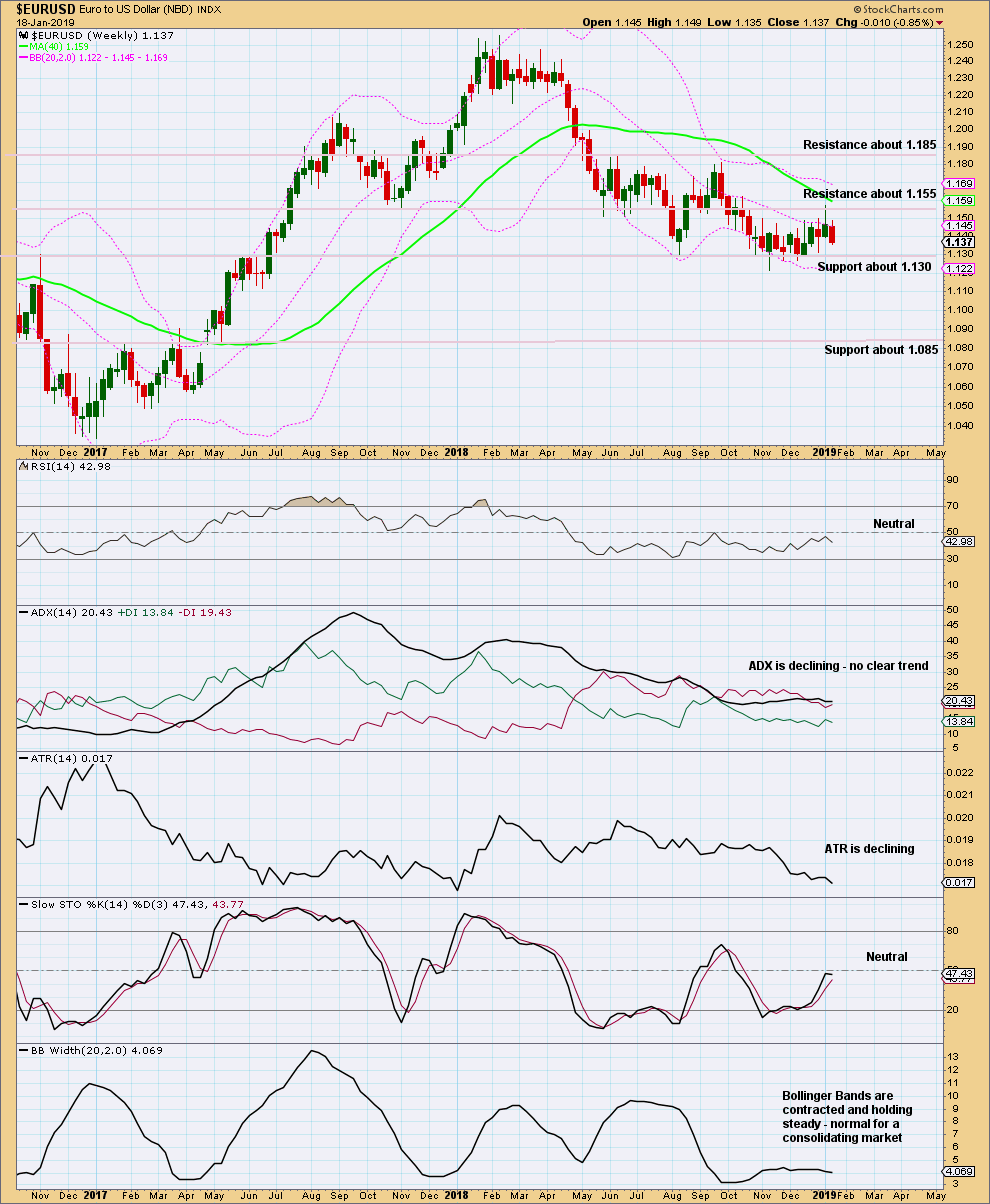 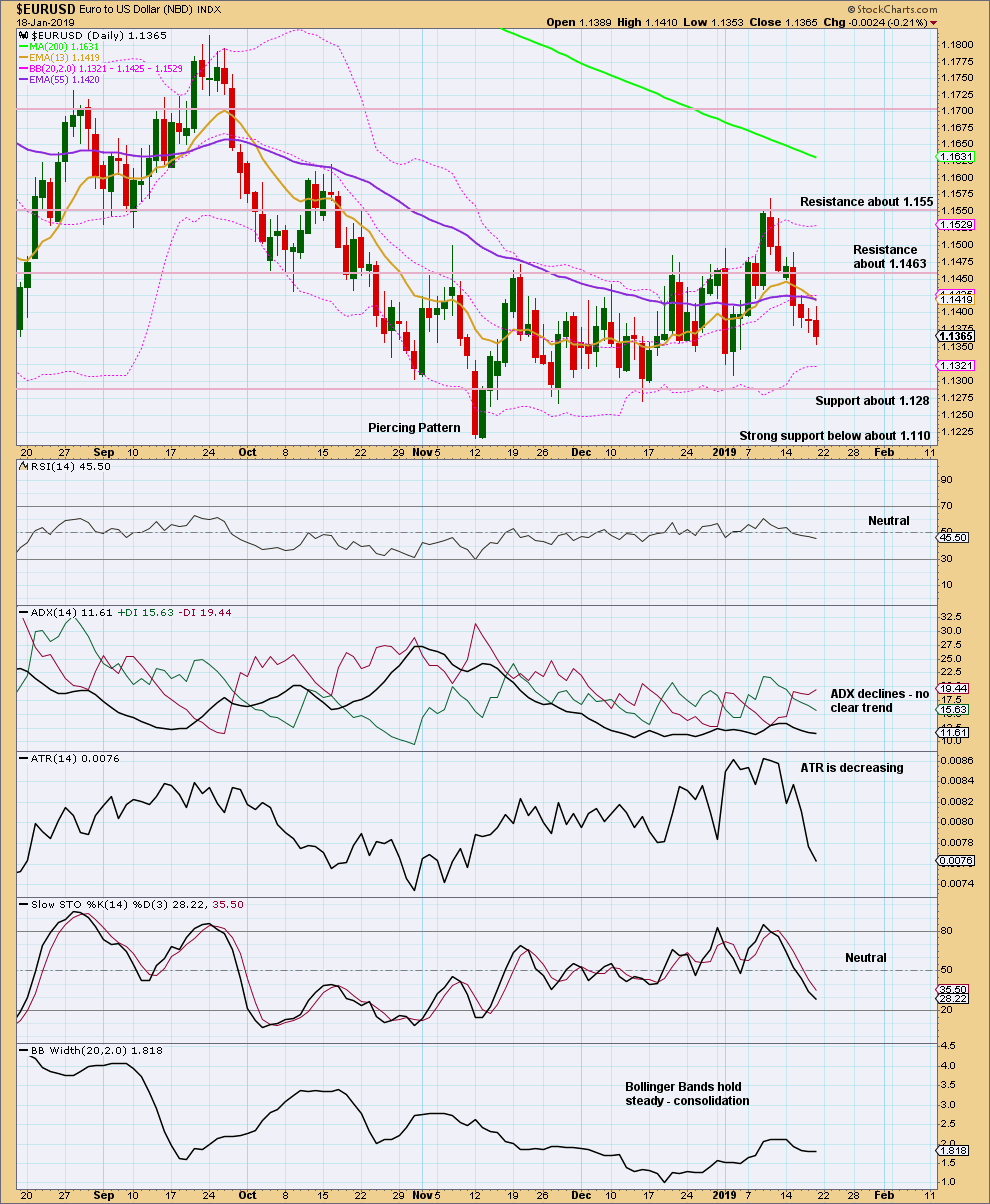 Price is falling with declining volume and ATR, which shows weakness in the downwards movement. This supports the main Elliott Wave count.

Expect price to move lower to support. During a consolidating market, support or resistance may be overshot only for price to then turn around and return to within the consolidation zone.

When price reaches support and Stochastics is oversold, then a downwards swing may be complete. Do not expect price to move in a straight line. 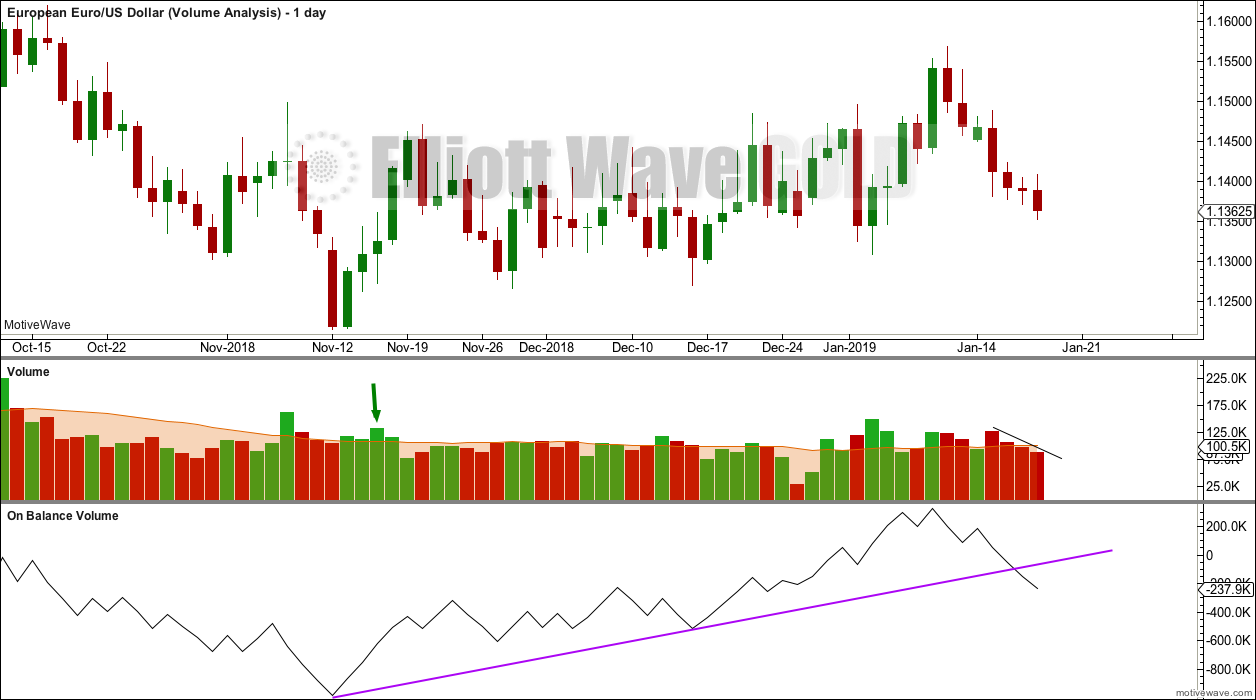 Price is falling of its own weight. On Balance Volume has broken below support, which is a bearish signal. This may be a small indication that price will continue to move downwards, which offers some support for the alternative Elliott Wave count.