Summary: There is not enough strength off the last low for confidence that the low is now sustainable.

A new swing high above 10,457.627 would provide confidence that an upwards trend may develop. 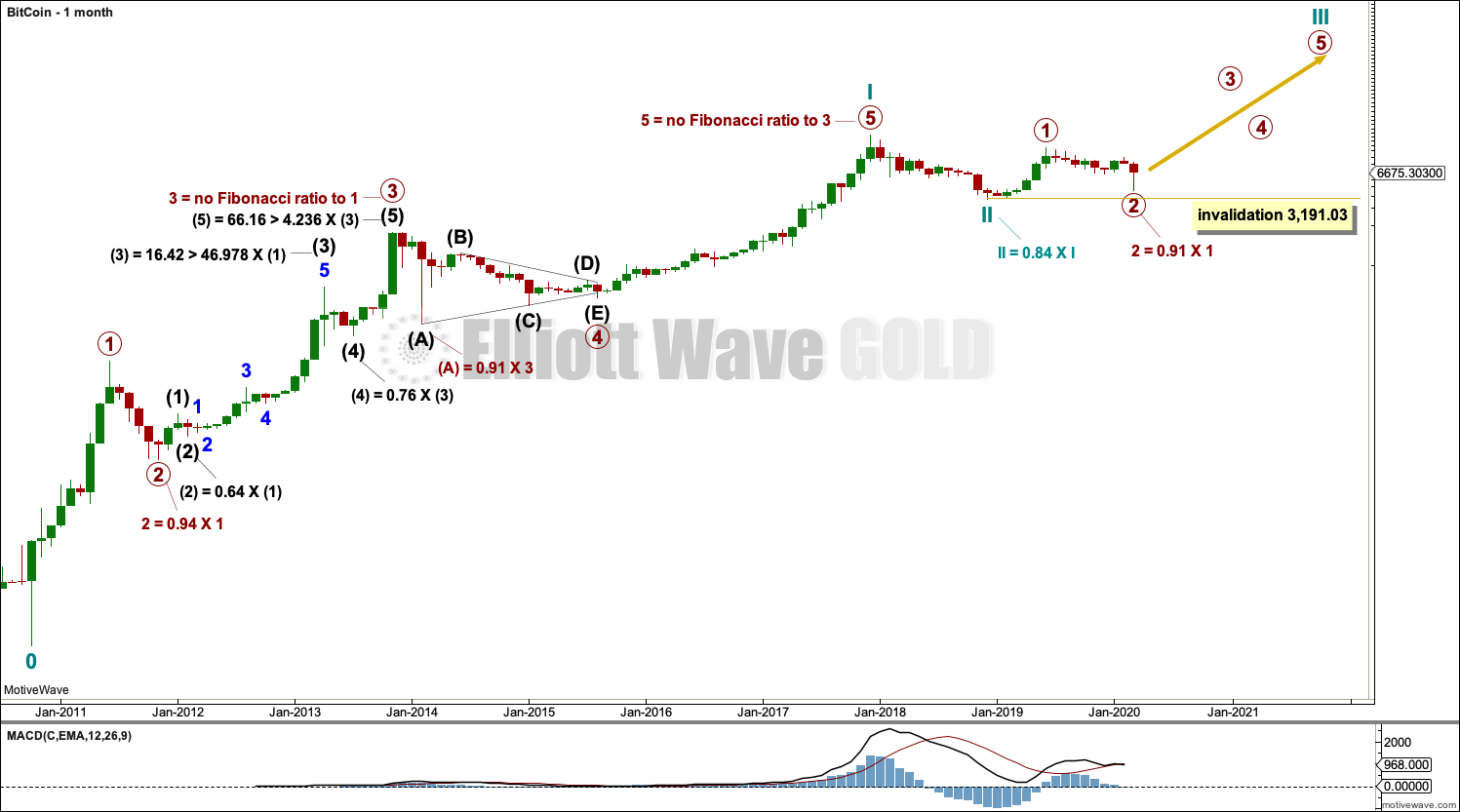 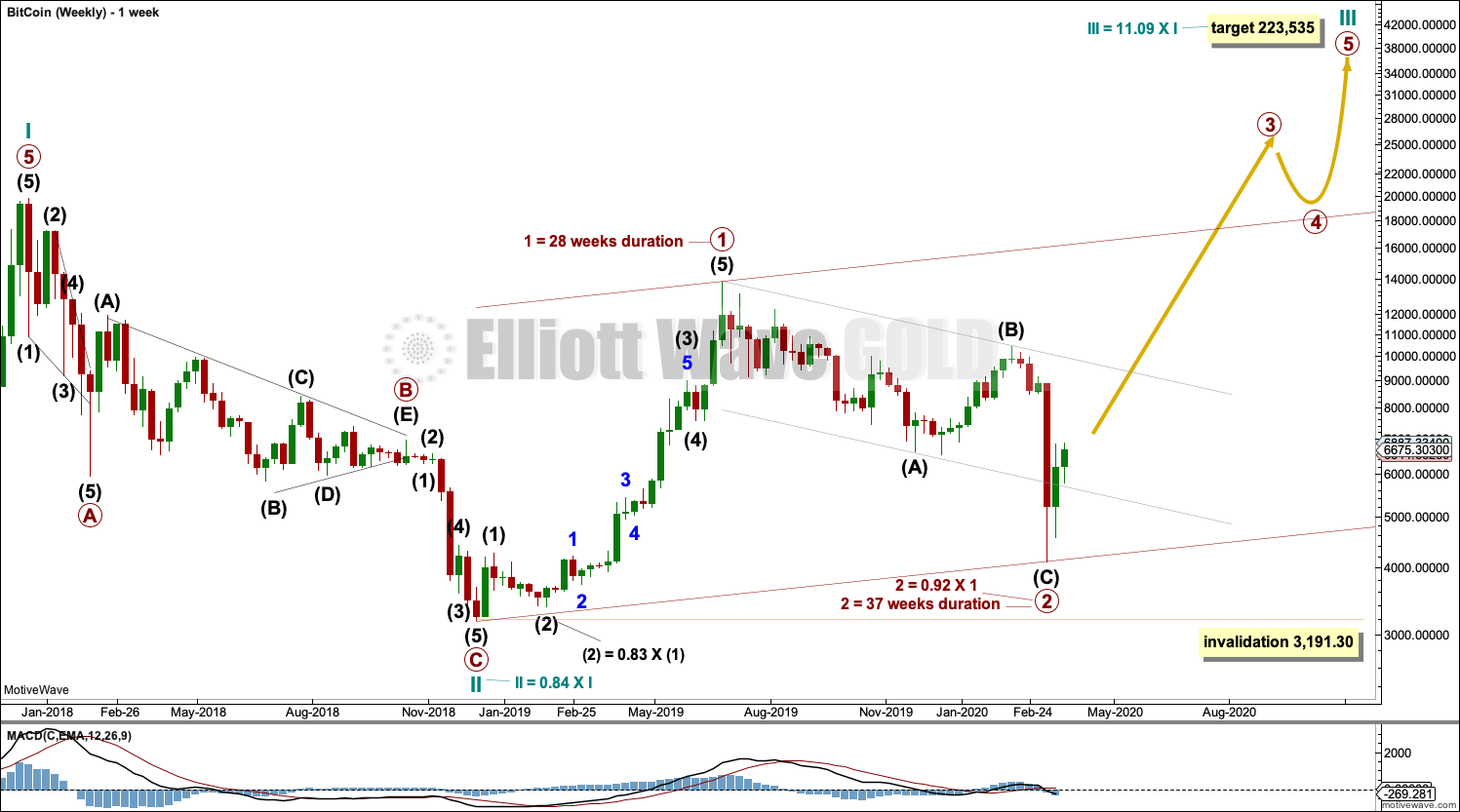 Cycle wave I lasted 7.2 years and cycle wave II may have been over within just under one year. It would be reasonable to expect cycle wave III to last about 7 years, possibly a Fibonacci 8 or 13 years. At this stage, it may be now within its 15th month.

Cycle wave III must unfold as a simple five wave impulse, and within this impulse there should be two large corrections for primary waves 2 and 4. It is again possible that primary wave 2 could be complete. If it is complete, primary wave 2 would now be a more normal depth of primary wave 1 and still in proportion to primary wave 1 in terms of duration. Primary wave 2 now looks like an obvious three wave structure. 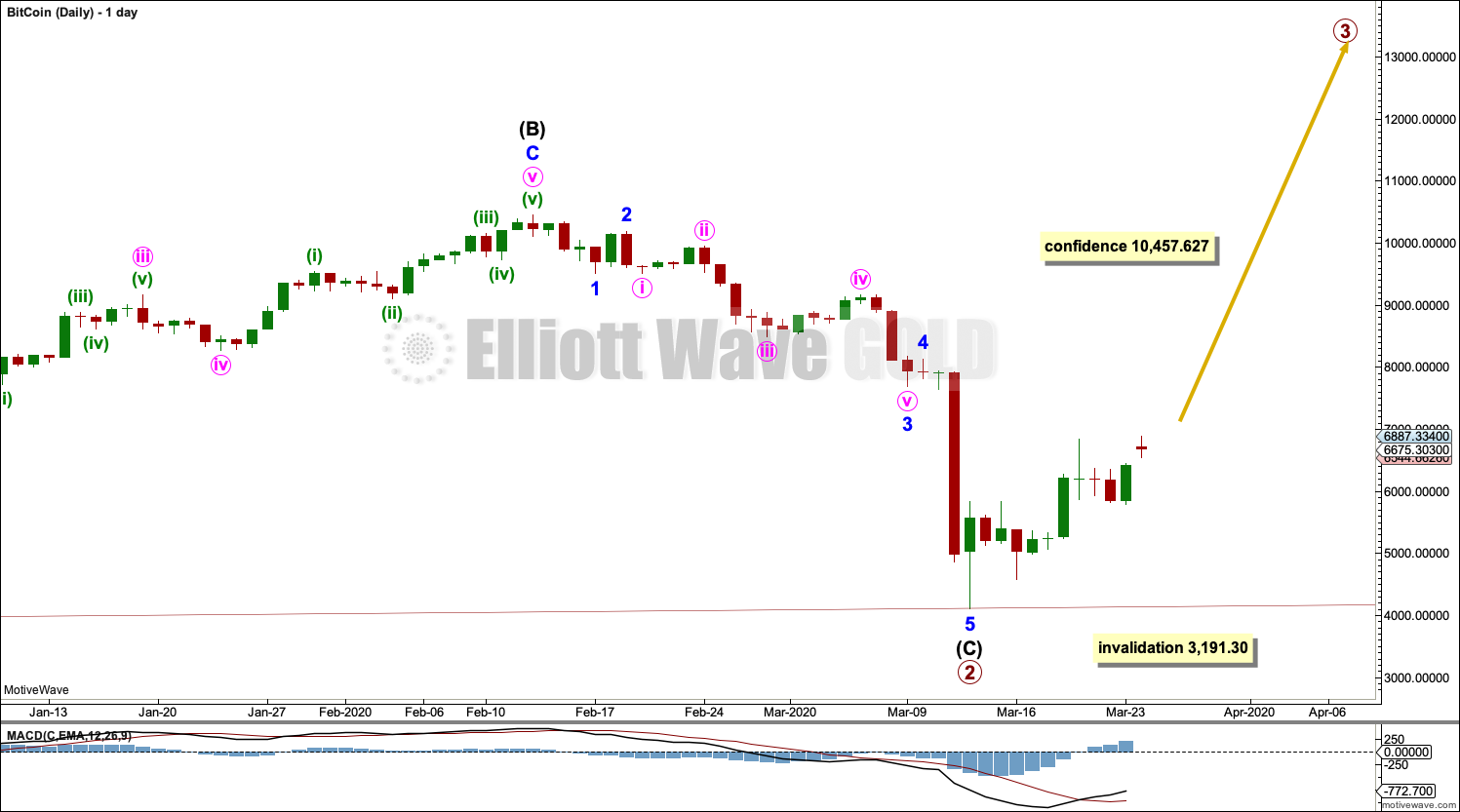 Primary wave 3 may have just begun. It may only subdivide as an impulse.

However, it remains possible that primary wave 2 may continue lower. 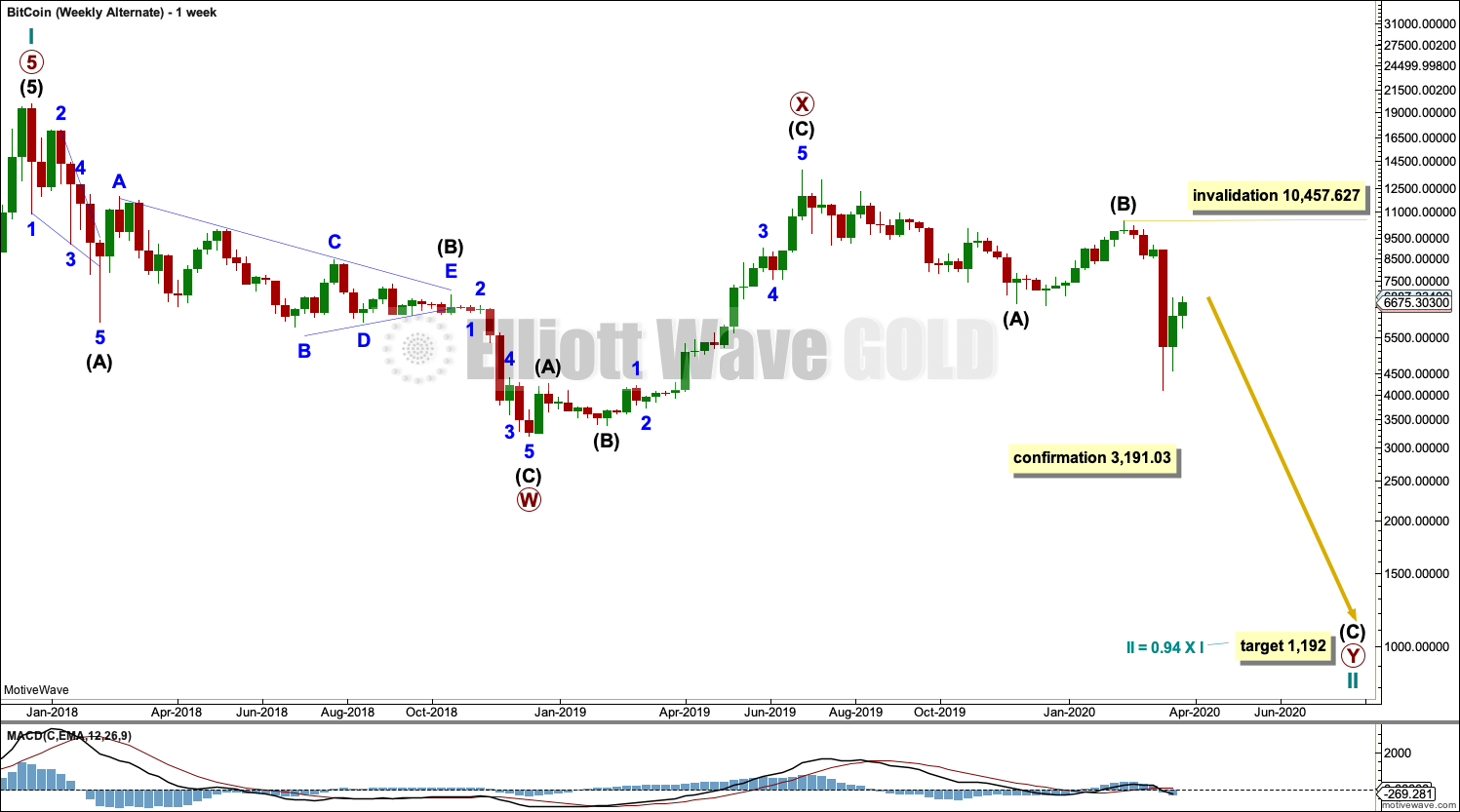 Invalidation of this alternate wave count would add confidence to the main wave count. 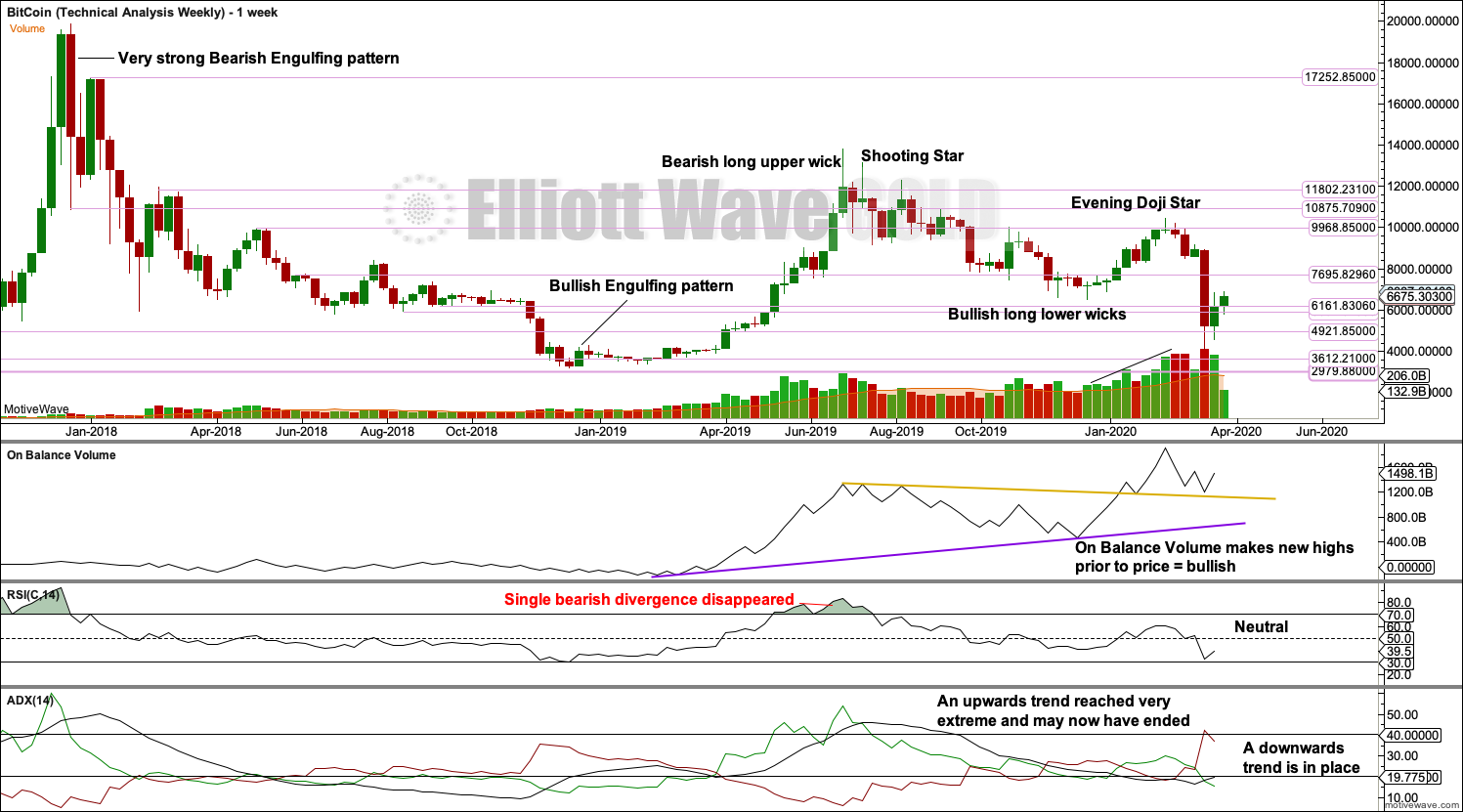 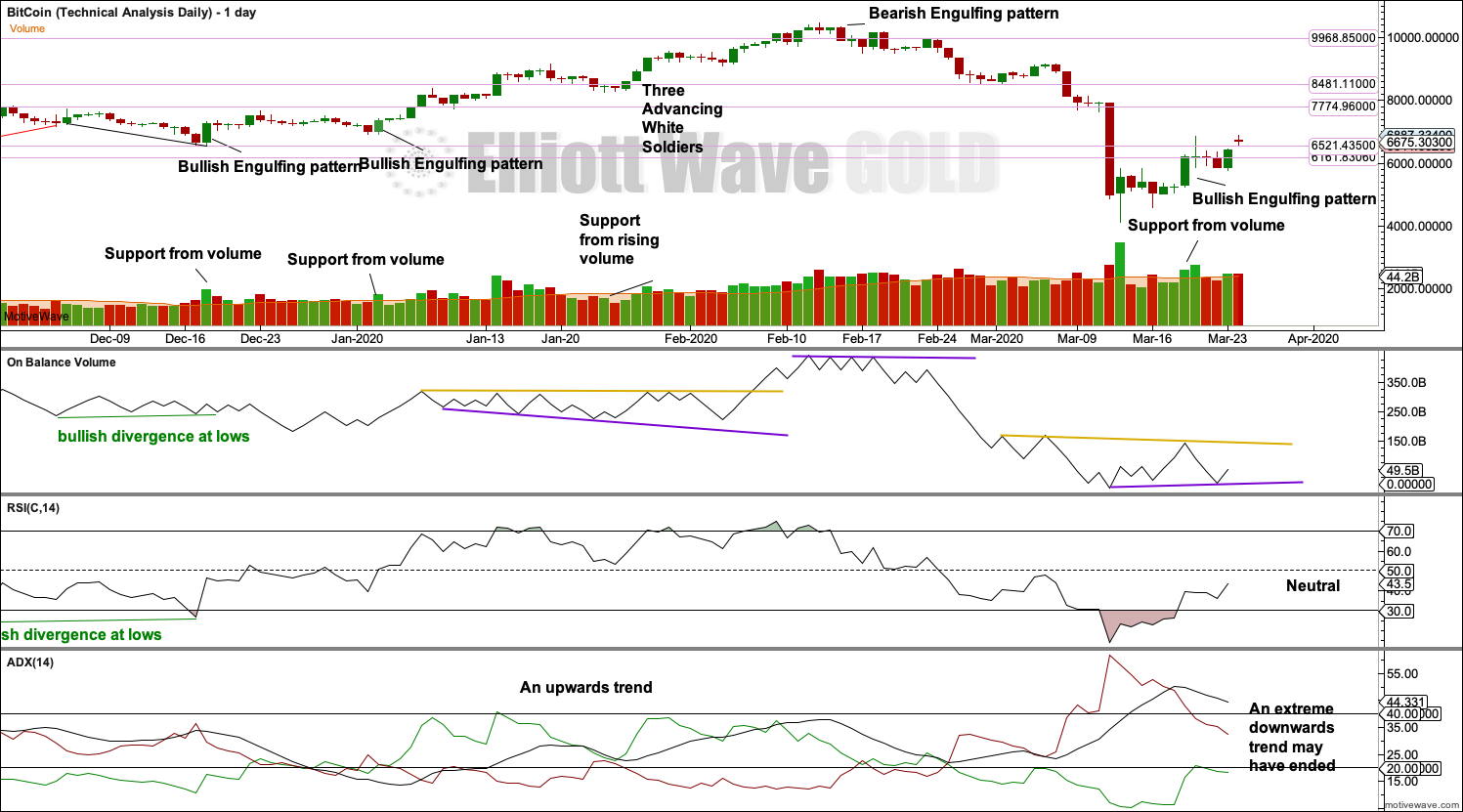 There are some signs of strength in following upwards movement:

– A single Bullish Engulfing candlestick pattern with support from volume, but it did not occur at the low.

– Support from volume for upwards movement.

This low is inconclusive. It may only be an interim low; it may not be sustainable. A new swing high above 10,457.627 would be required for confidence that this low is sustainable.