Thereafter, the upwards trend may resume with increased strength towards new all time highs. 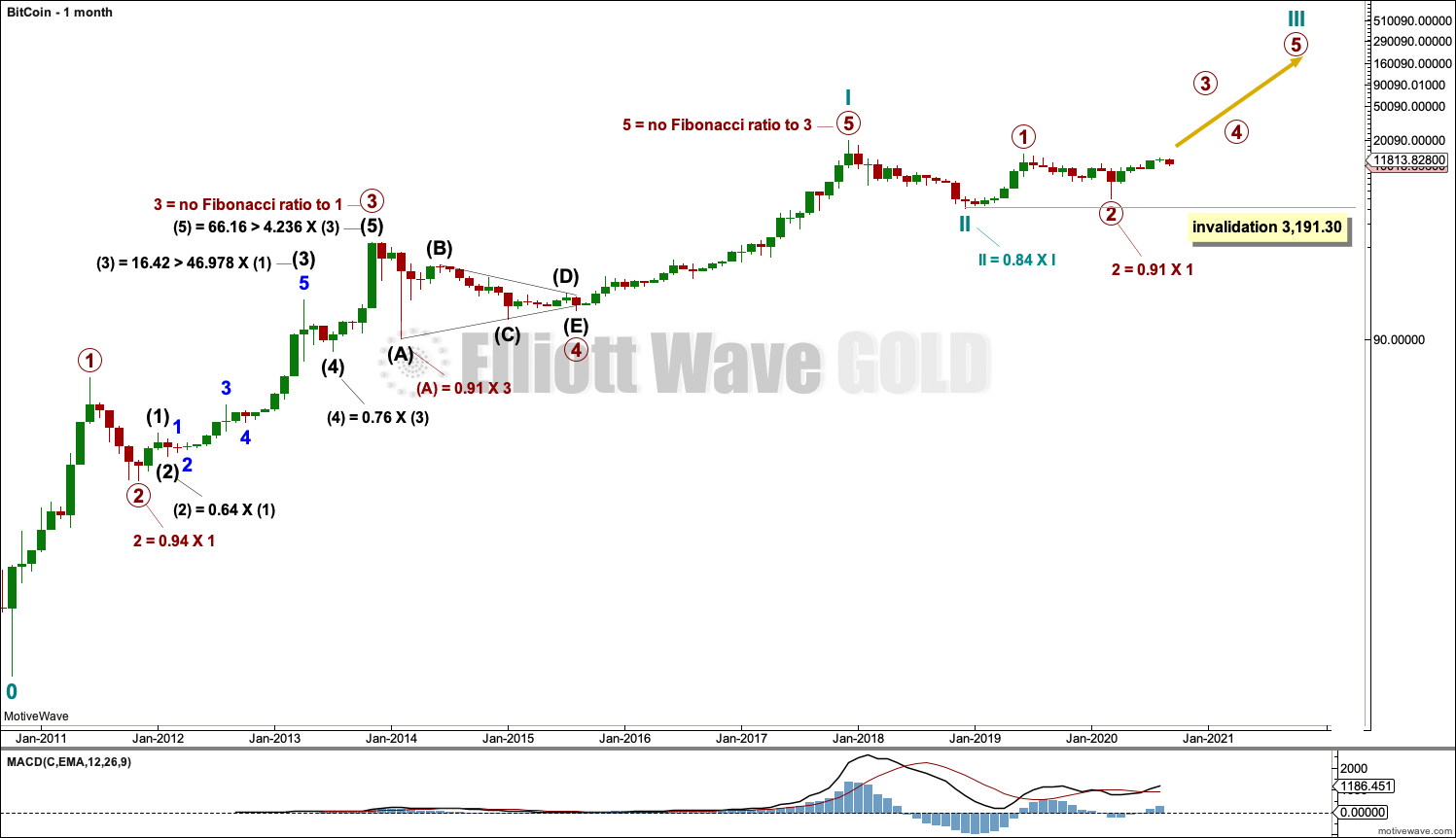 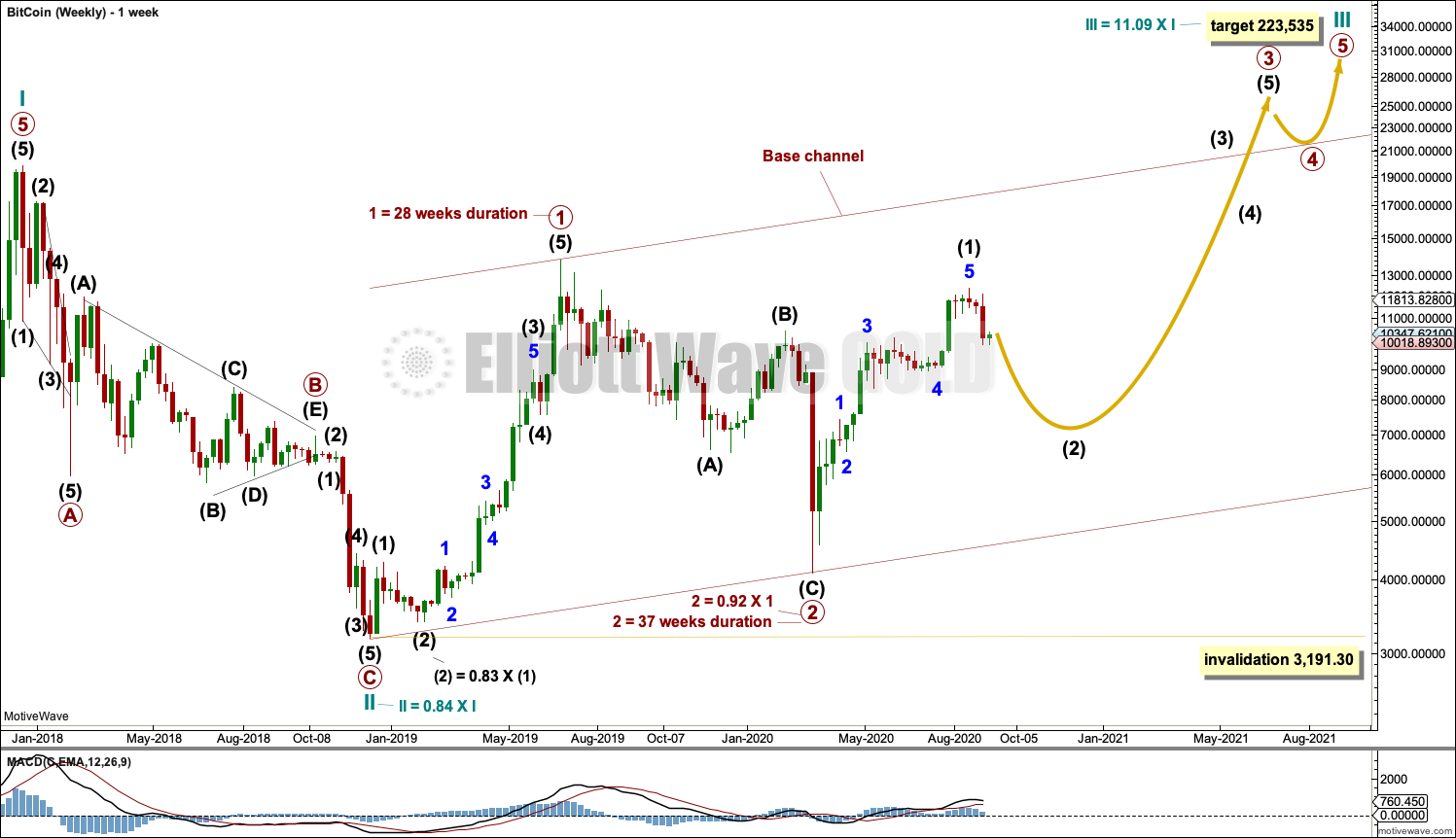 Cycle wave I lasted 7.2 years and cycle wave II may have been over within just under one year. It would be reasonable to expect cycle wave III to last about 7 years, possibly a Fibonacci 8 or 13 years. At this stage, it may be now within its 21st month. 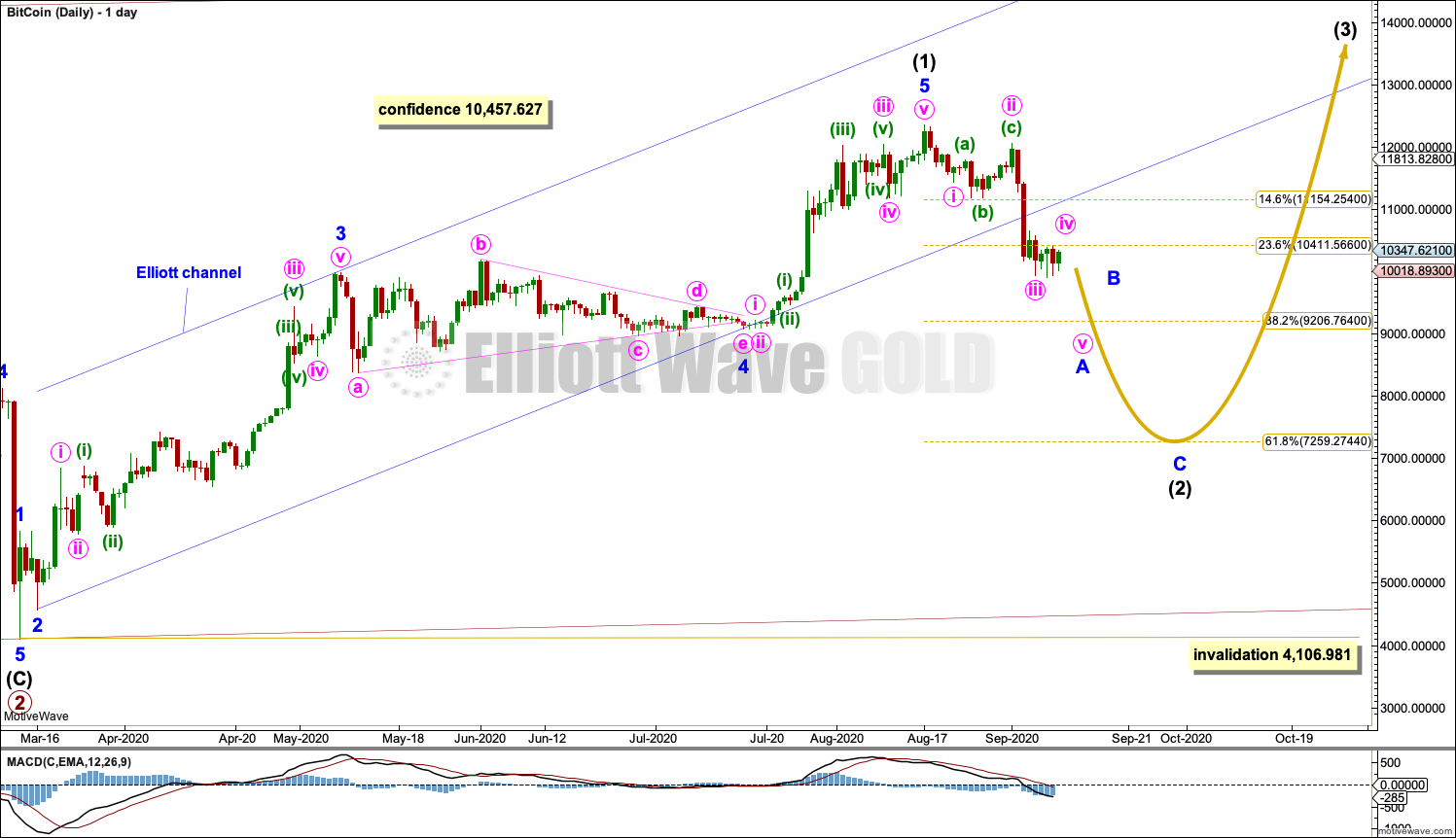 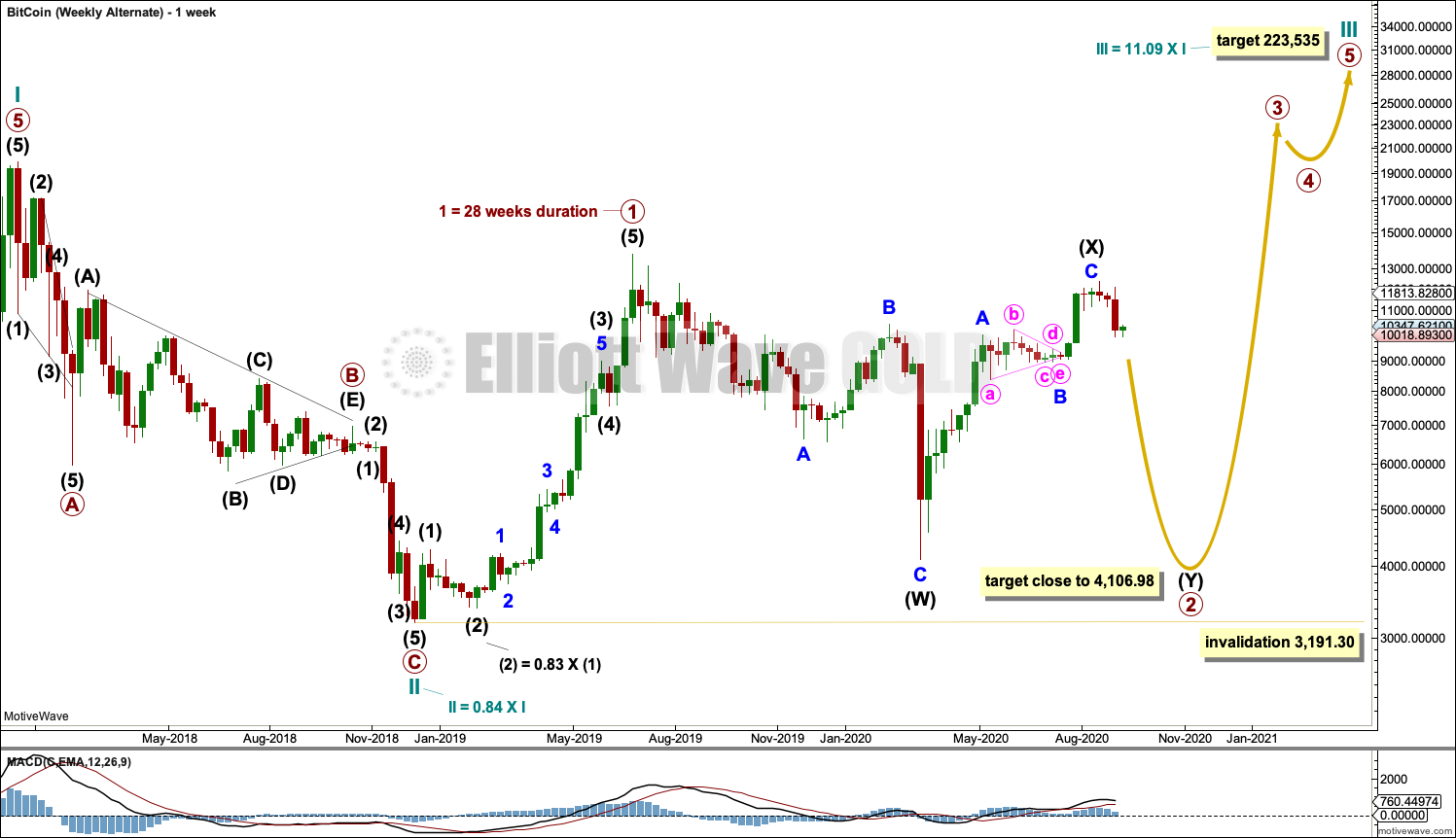 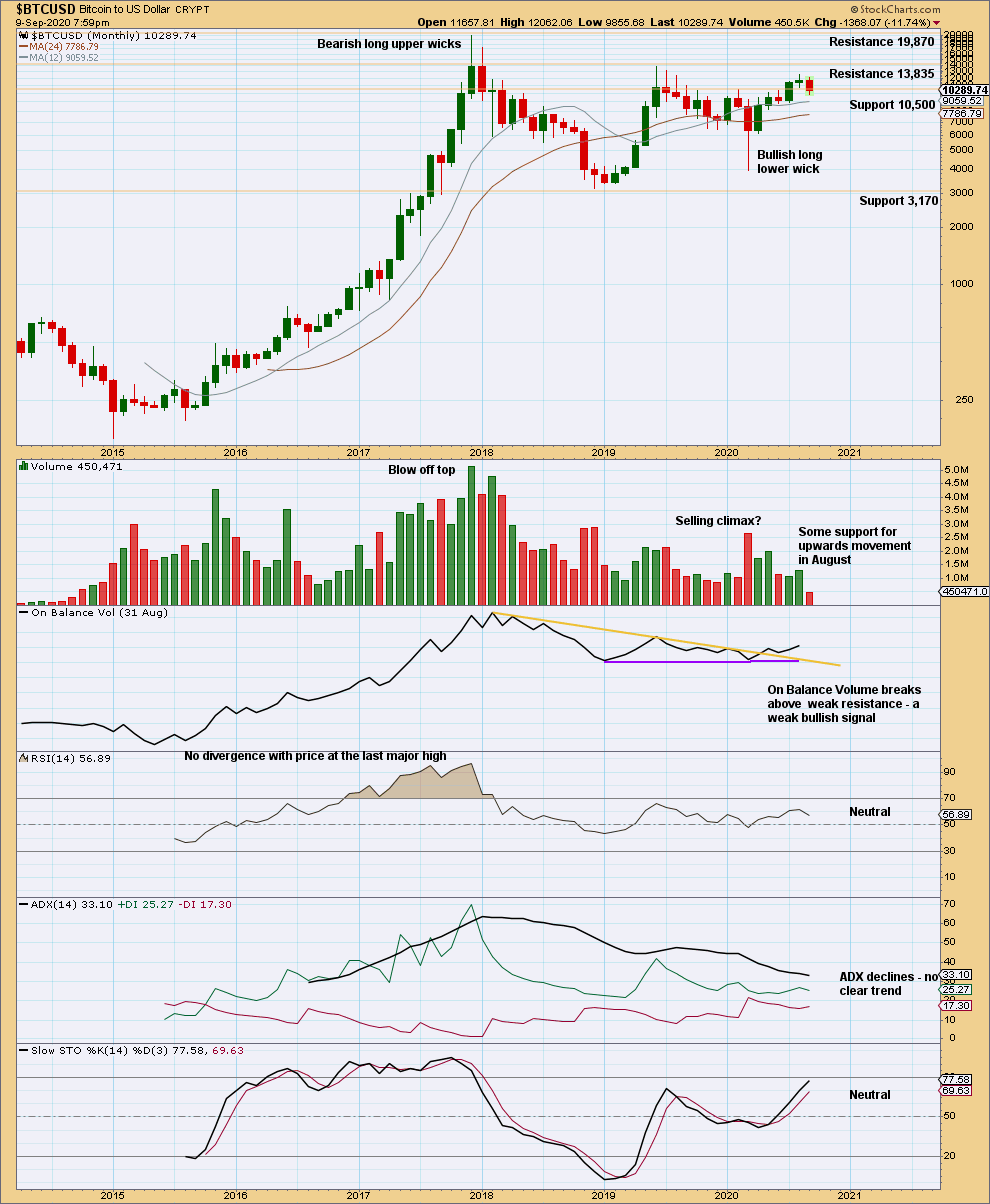 The bullish signal from On Balance Volume supports the main Elliott wave count.

It is not concerning for the Elliott wave count that July exhibited very weak volume. Looking at the price and volume history of Bitcoin on this chart this is normal early on in a new trend. Some increase in Volume for August also supports the main Elliott wave count. 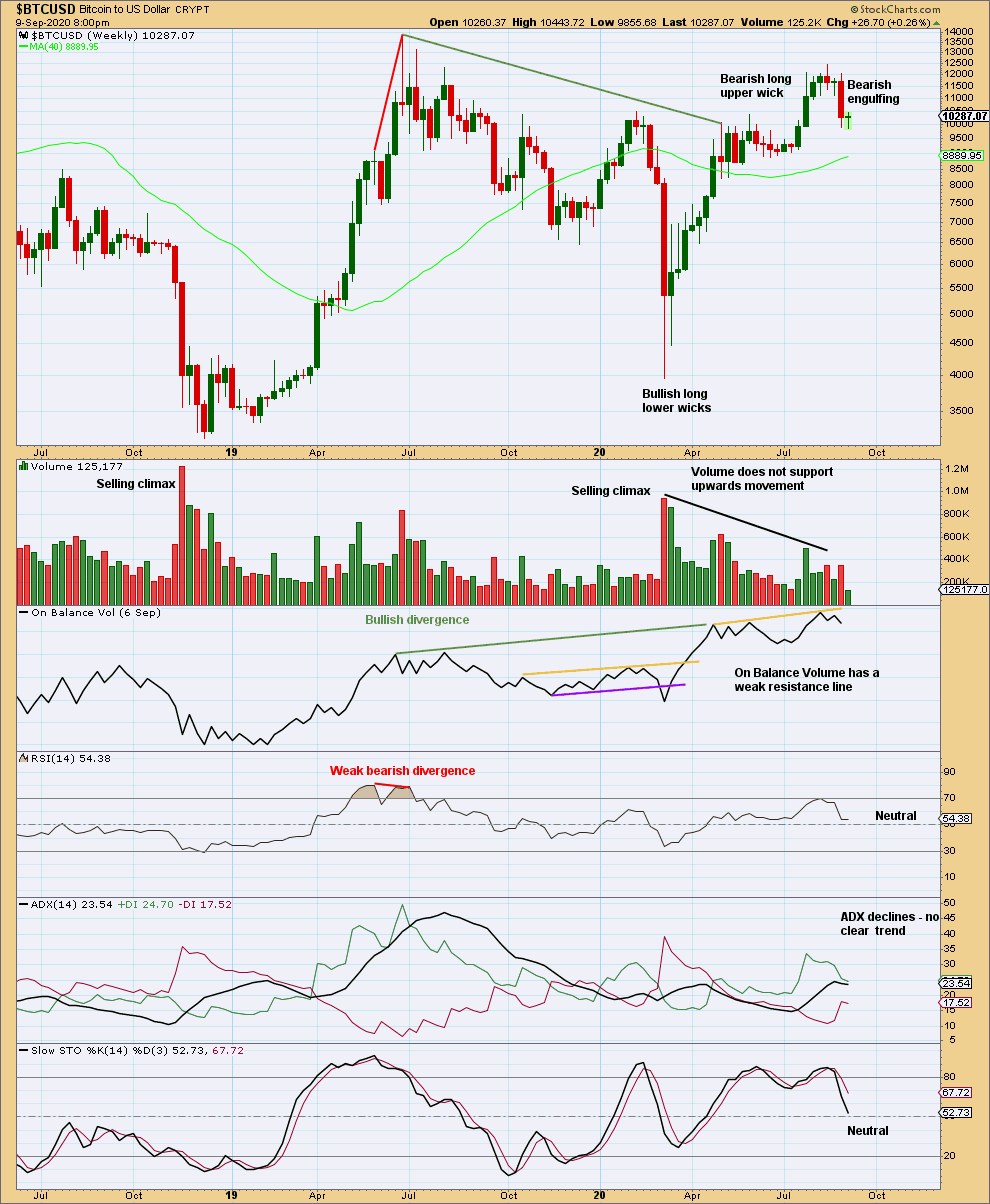 For the short term, a strong bearish candlestick pattern for the last completed week supports the view that a multi-week pullback may have begun here. 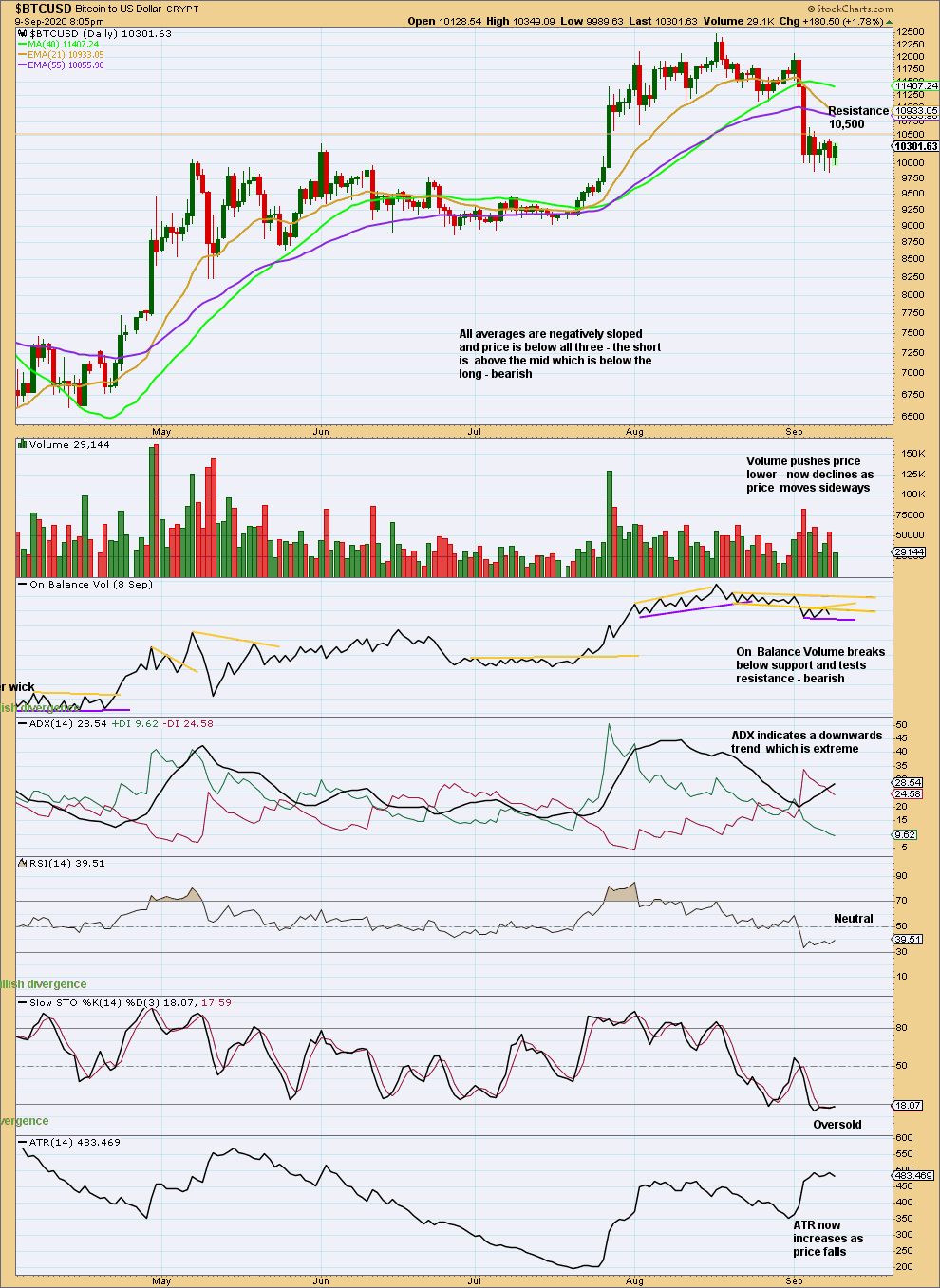 For the short term: the volume profile is bearish; the last signal from On Balance Volume is bearish; ADX is bearish and only just extreme; and, ATR supports downwards movement. It would be reasonable here to expect price to continue to fall until it finds support and RSI reaches oversold. Then look for a bullish signal that a low may be in place.