Last analysis on September 9th, expected more downwards movement for a multi-week pullback to continue. So far price has moved higher, but has not yet made a new high.

Thereafter, the upwards trend may resume with increased strength towards new all time highs. 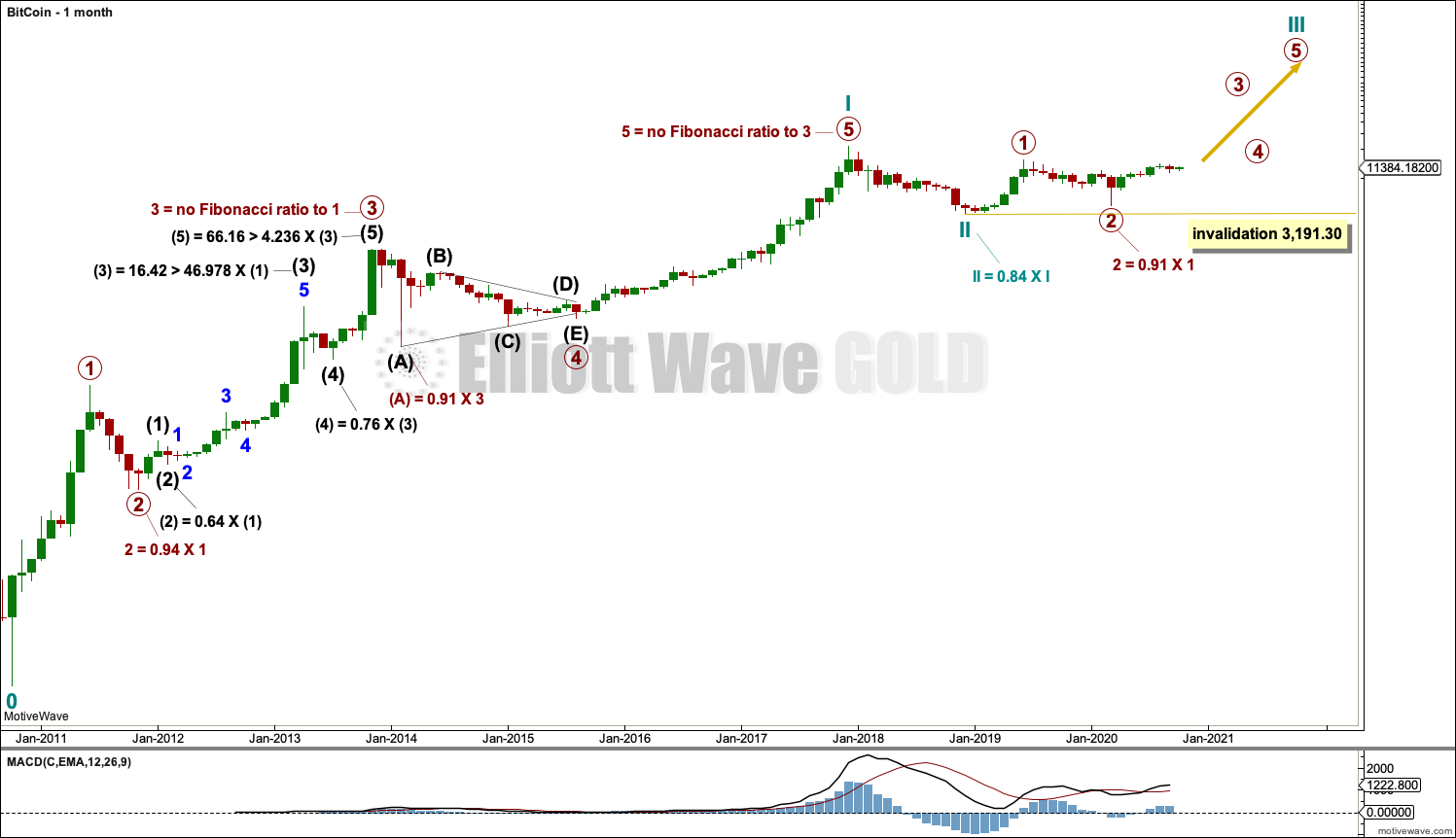 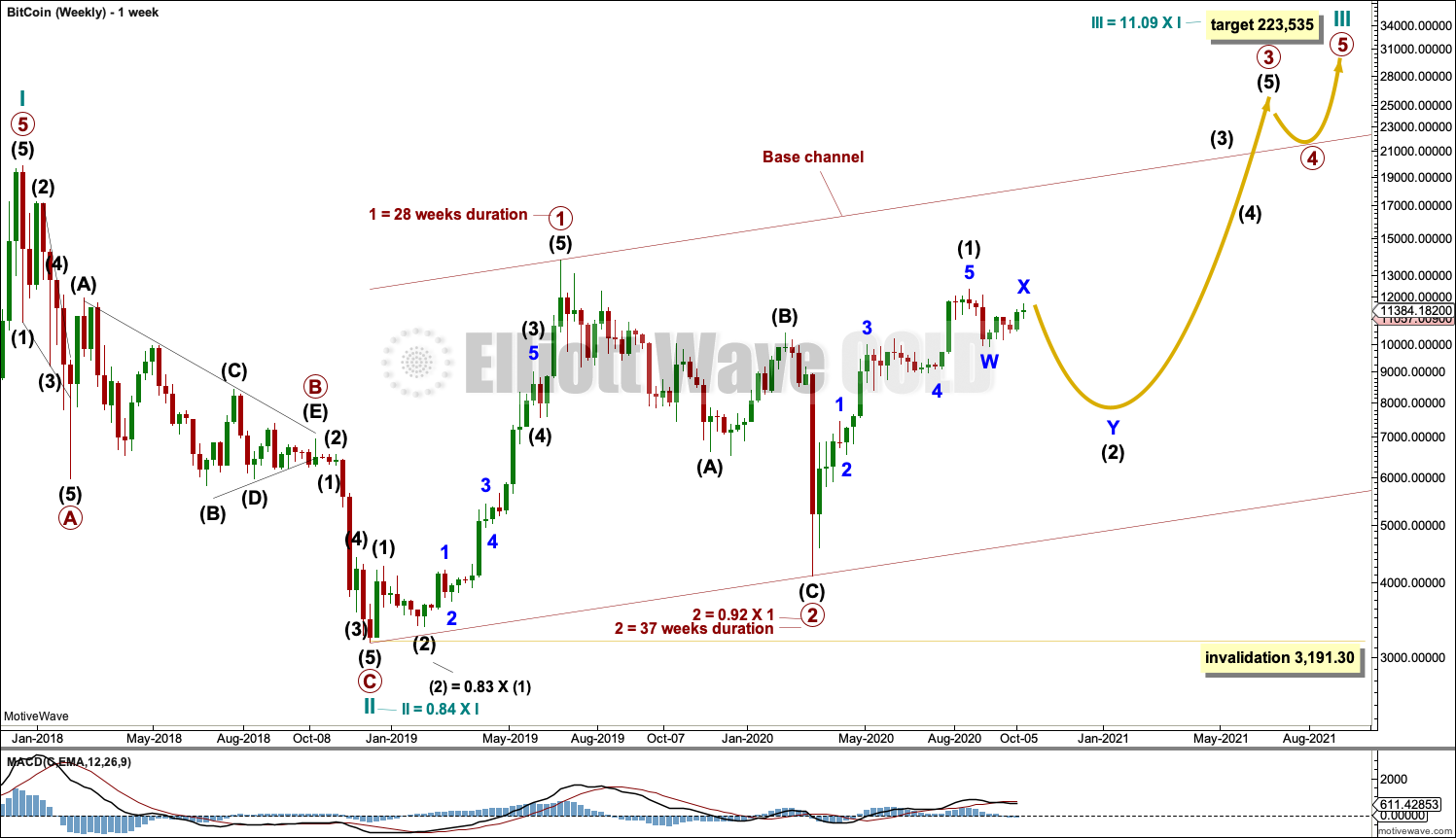 Cycle wave I lasted 7.2 years and cycle wave II may have been over within just under one year. It would be reasonable to expect cycle wave III to last about 7 years, possibly a Fibonacci 8 or 13 years. At this stage, it may be now within its 22nd month.

If this wave count is correct, then a third wave up at two large degrees may have begun. Classic technical analysis will again be used to identify the next major high in place. The target calculated is provisional; if it is wrong, the target may not be high enough. 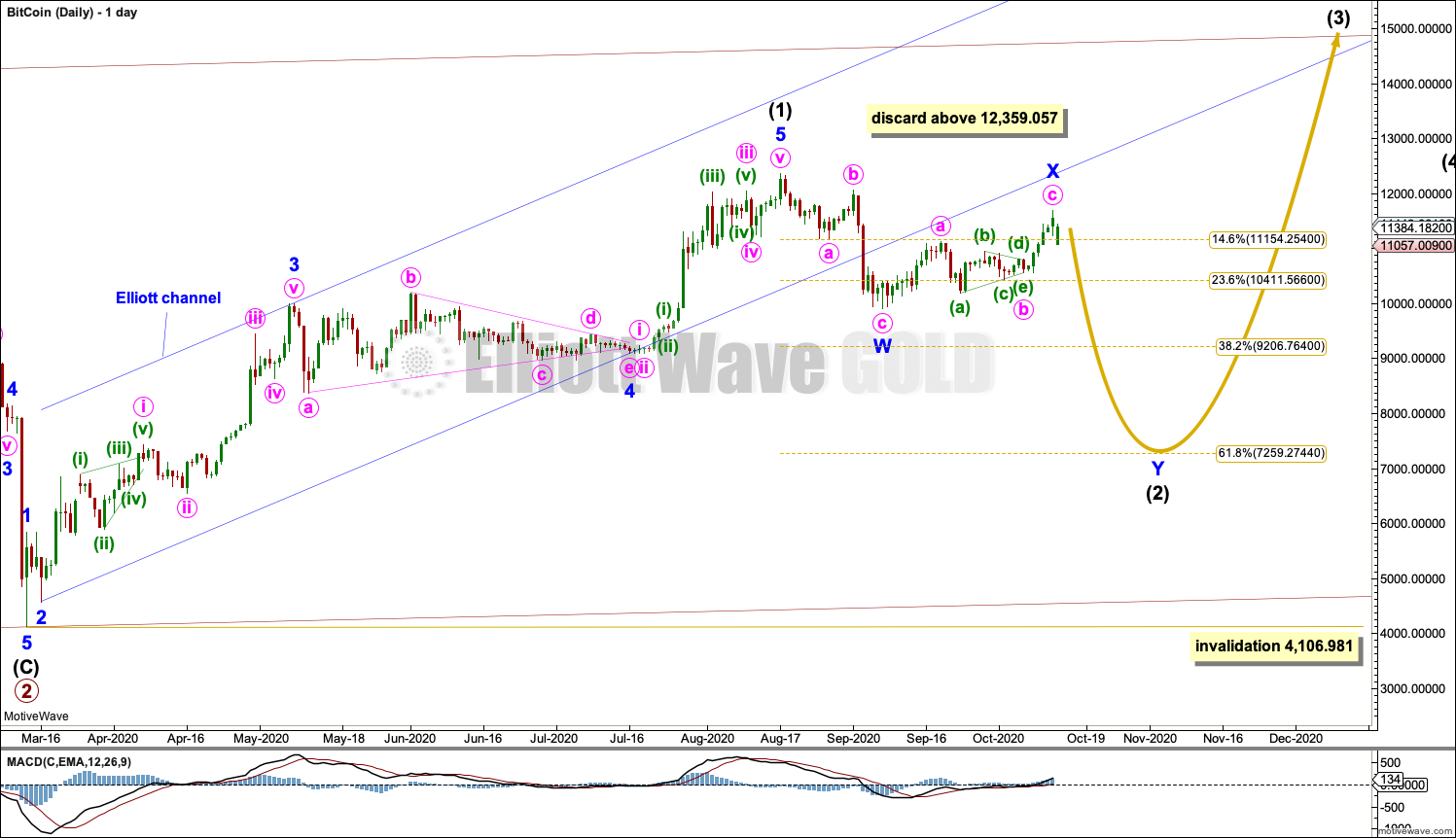 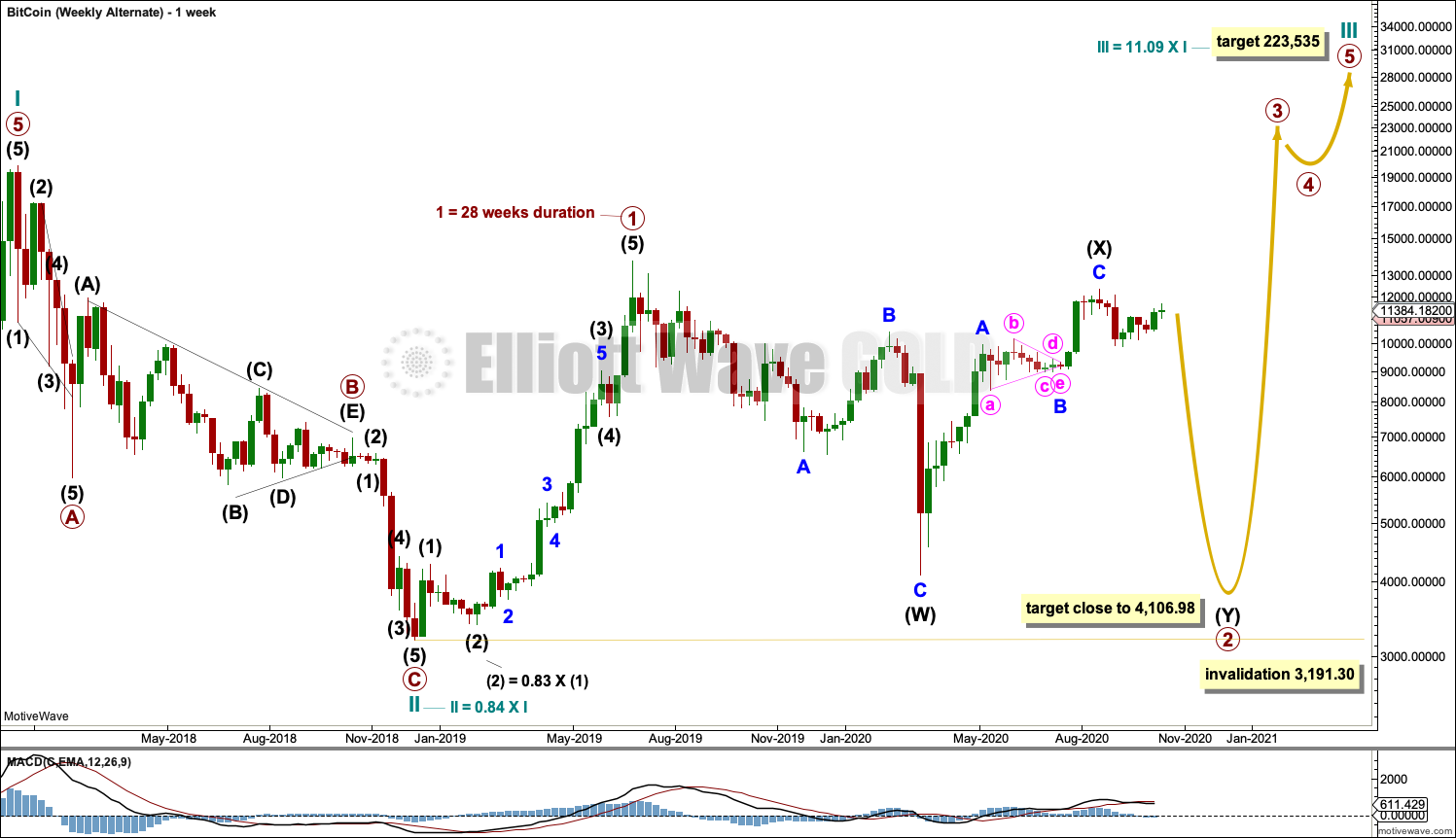 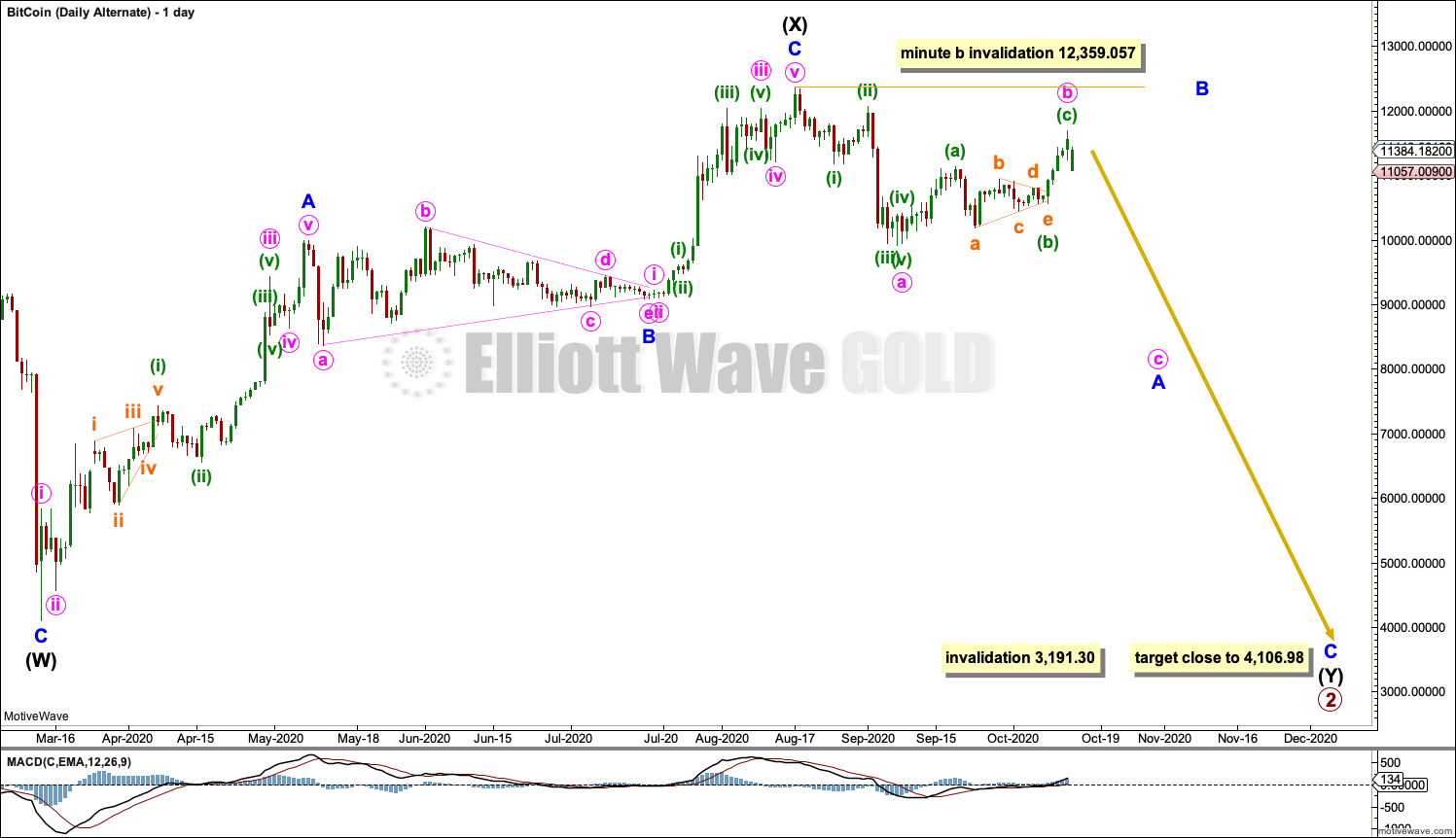 Intermediate wave (Y) may subdivide as a triangle or a flat, with a flat being much more likely.

Minor wave A within a flat for intermediate wave (Y) should subdivide as a three, most likely a zigzag. Minute wave b within the zigzag of minor wave A may not move beyond the start of minute wave a above 12,359.057. 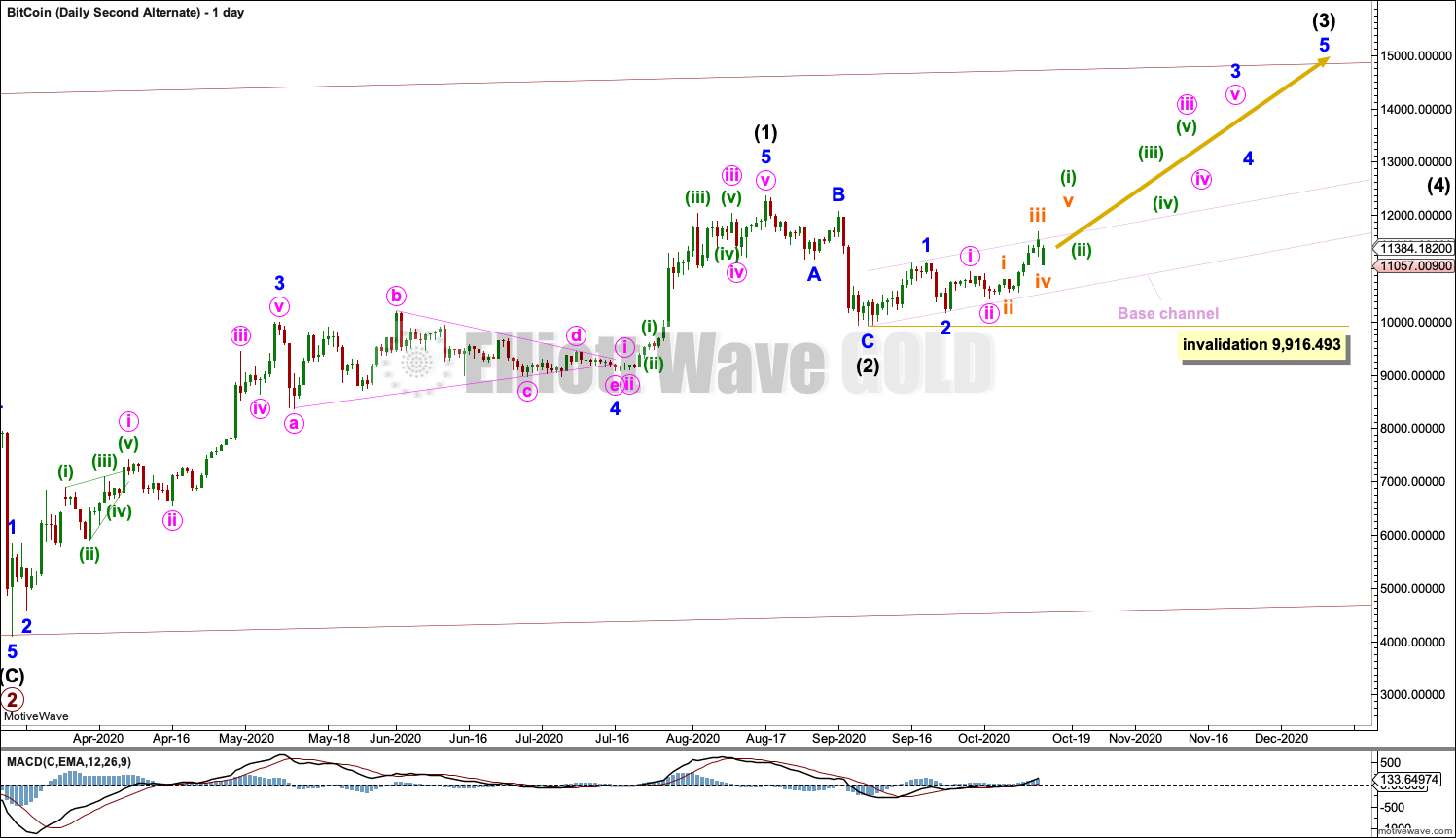 This alternate is published to view how the possibility of intermediate wave (2) being complete would look like.

If intermediate wave (2) is over, then it would have lasted only 21 days to the 155 days of intermediate wave (1). While second wave corrections are more commonly longer lasting for Bitcoin, they are not always so. Cycle wave II was only 0.14 the duration of cycle wave I, although it was also very deep.

A new high above 12,359.057 would see the first two daily wave counts discarded and only this less likely alternate left. 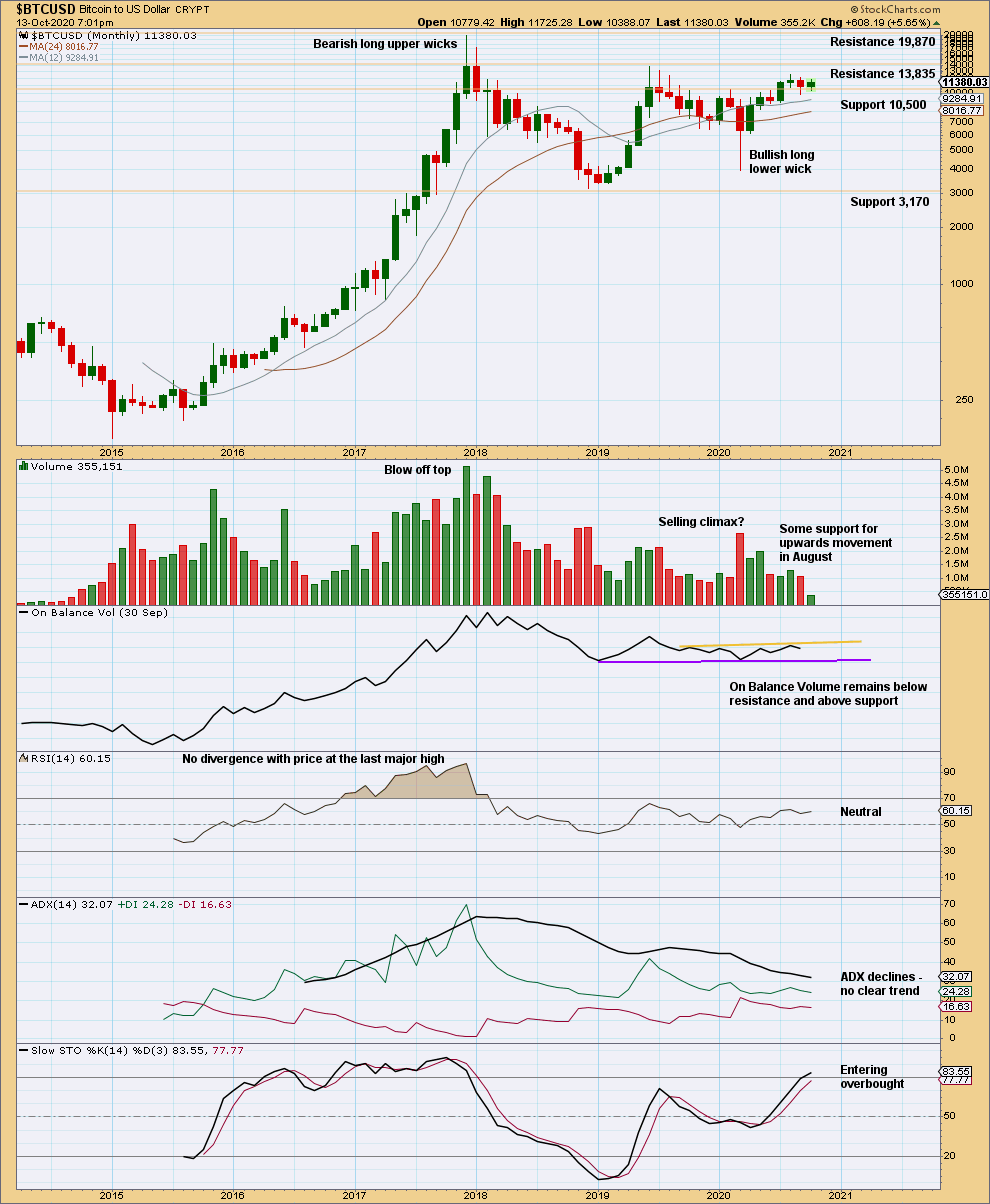 Both price and On Balance Volume remain range bound. 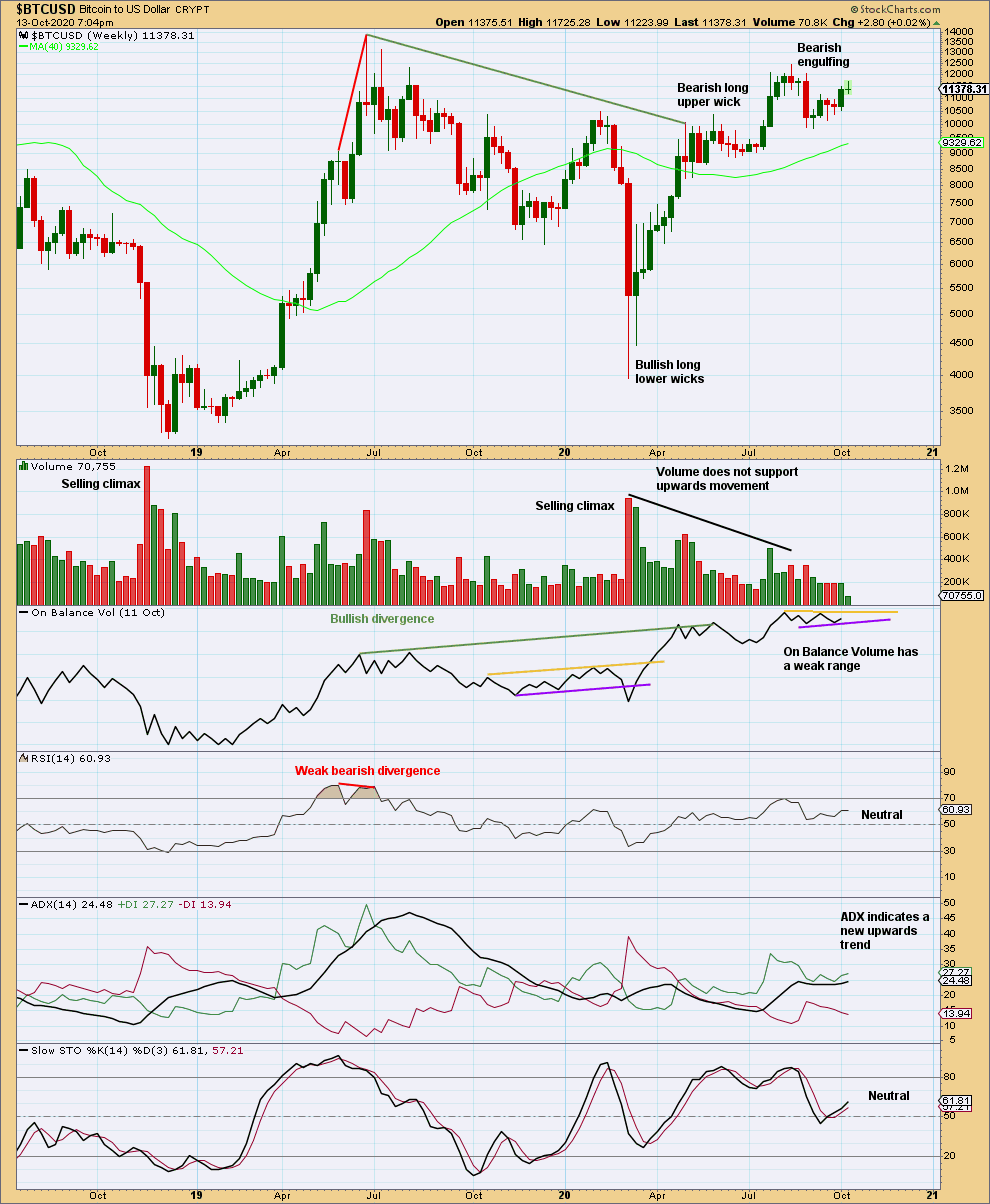 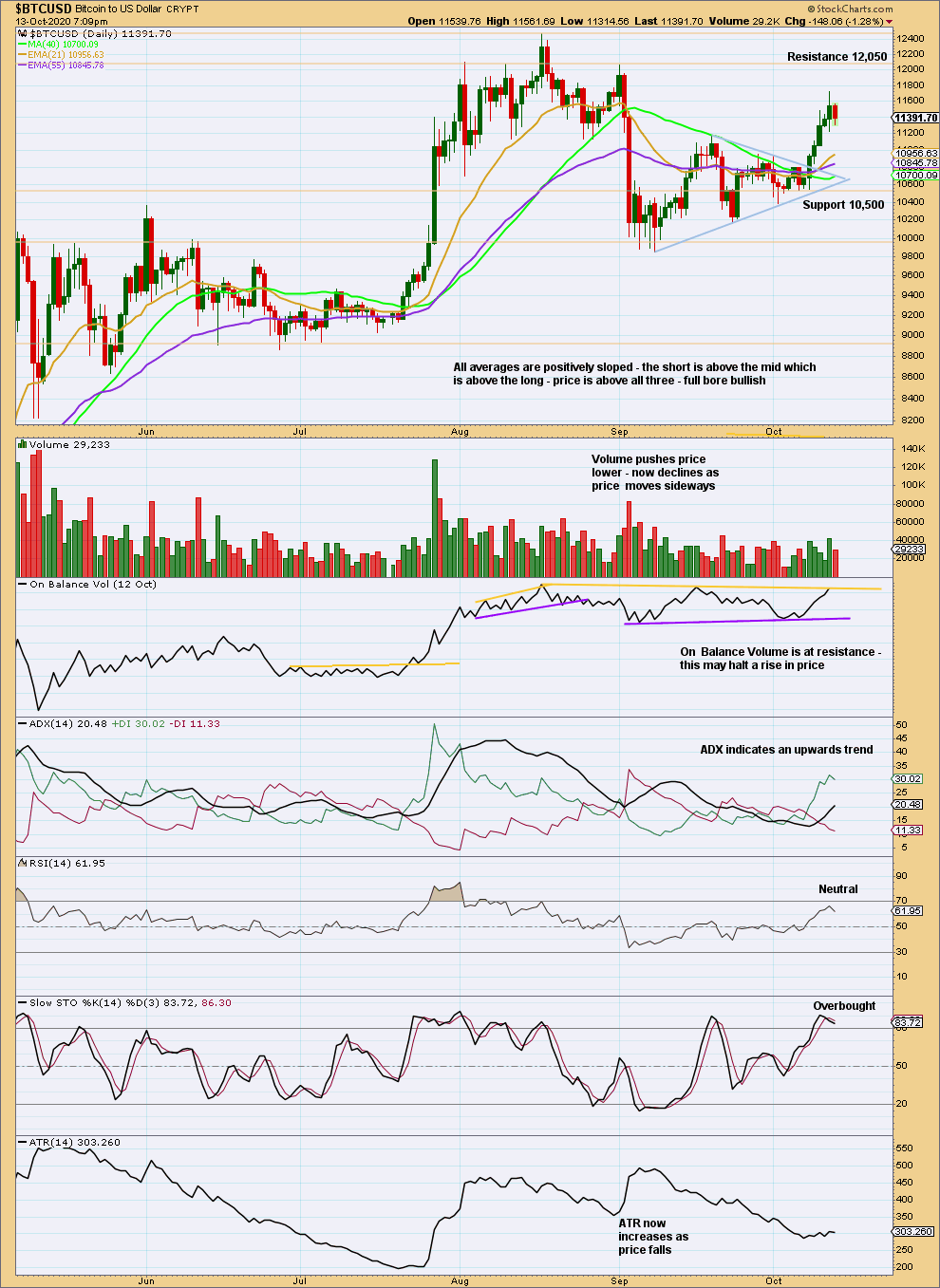 An upwards trend is indicated, which is not yet extreme. However, price is within a strong cluster of resistance and support, and On Balance Volume is at resistance.

A target calculated from the triangle is at 12,099.