Last analysis on the 21st of November expected more downwards movement for Bitcoin, which is what has happened.

Summary: At this stage, Bitcoin may either bounce up to about 5,827 or move sideways. The bounce or consolidation may last about two to three months.

It would be safest to assume that the bear market will continue while Bitcoin remains below 7,234.83. The target is about 1,924, but it may be much lower than this; it is possible this bear market may see the end of Bitcoin. 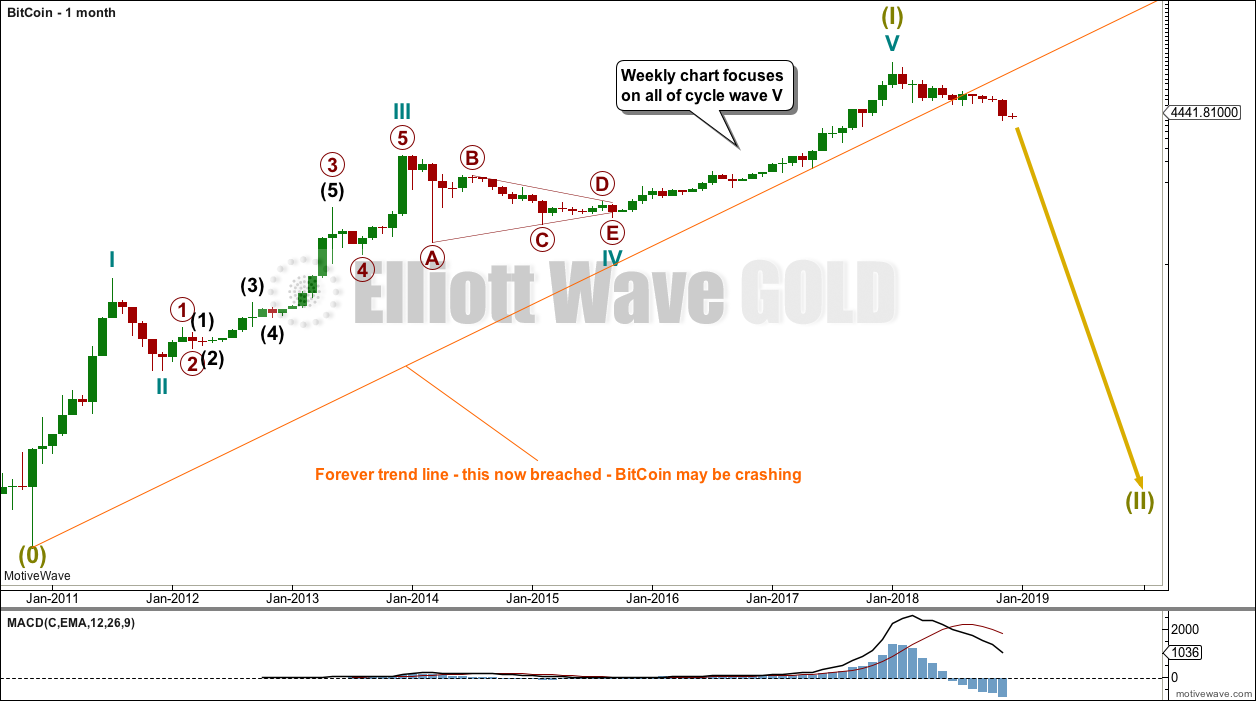 Confidence that Bitcoin was most likely crashing started since the Forever trend line was breached in June. 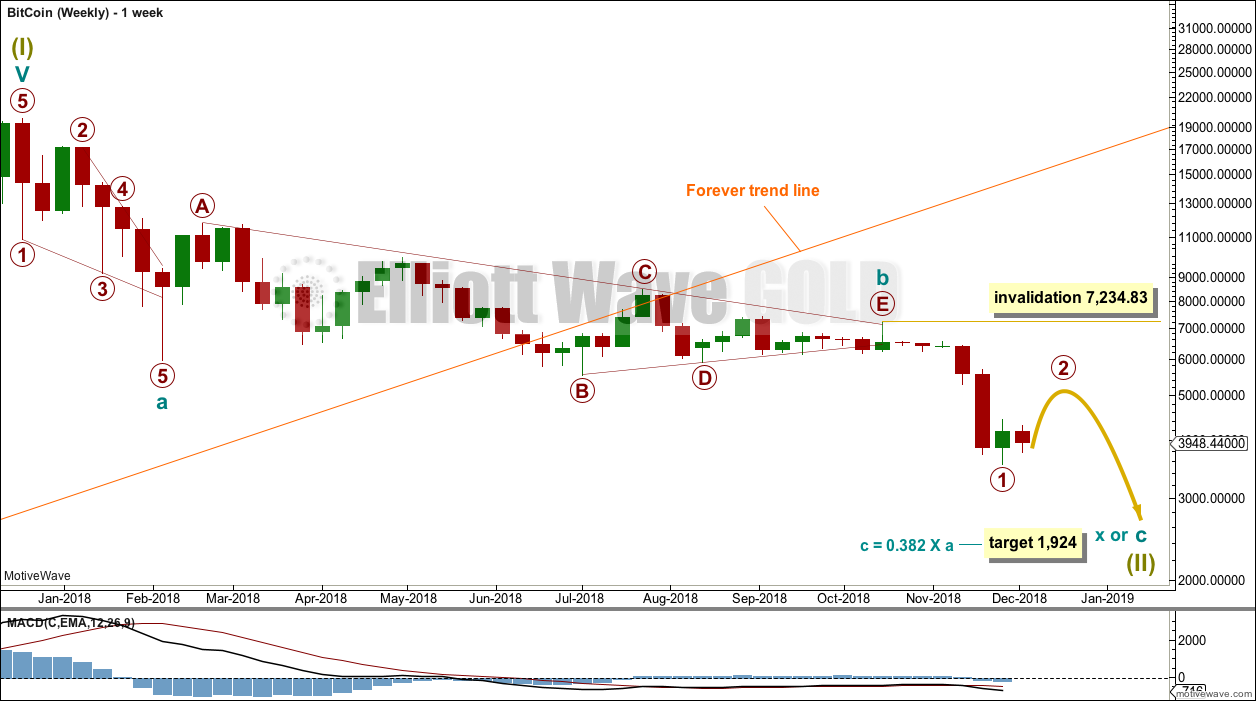 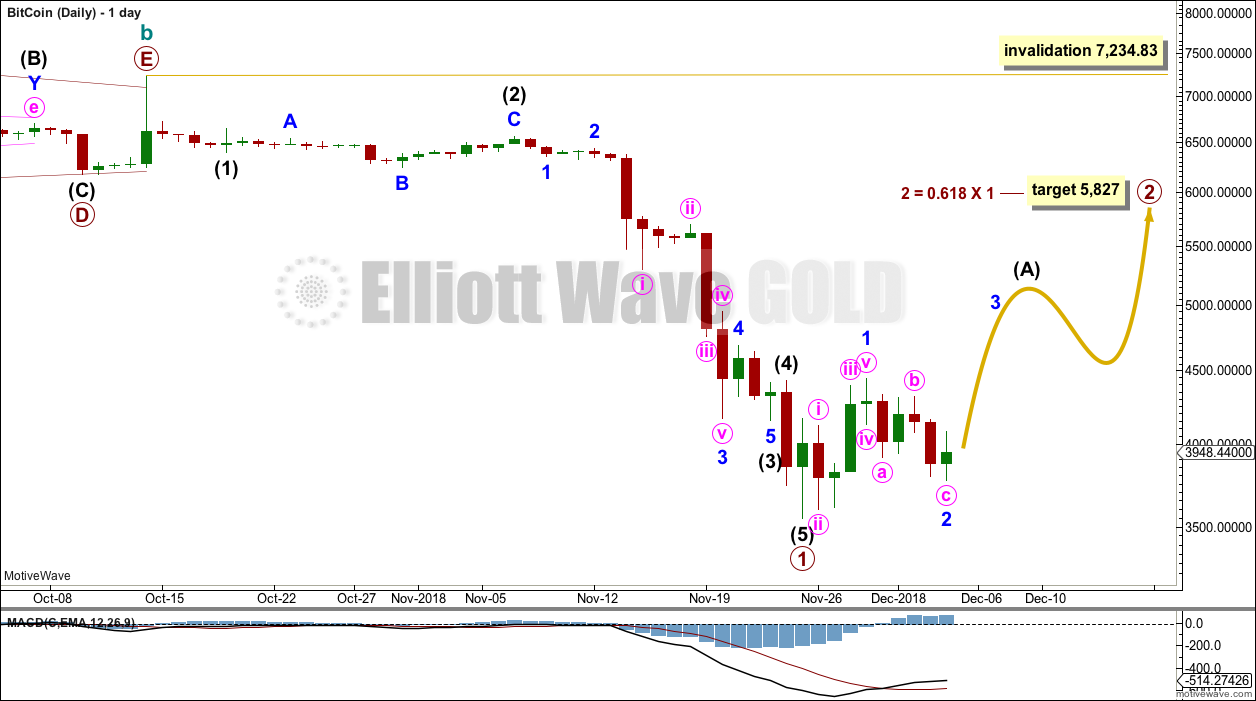 Within cycle wave c, primary wave 1 may be complete.

Primary wave 2 would most likely subdivide as a zigzag and may end about the 0.618 Fibonacci ratio of primary wave 1. 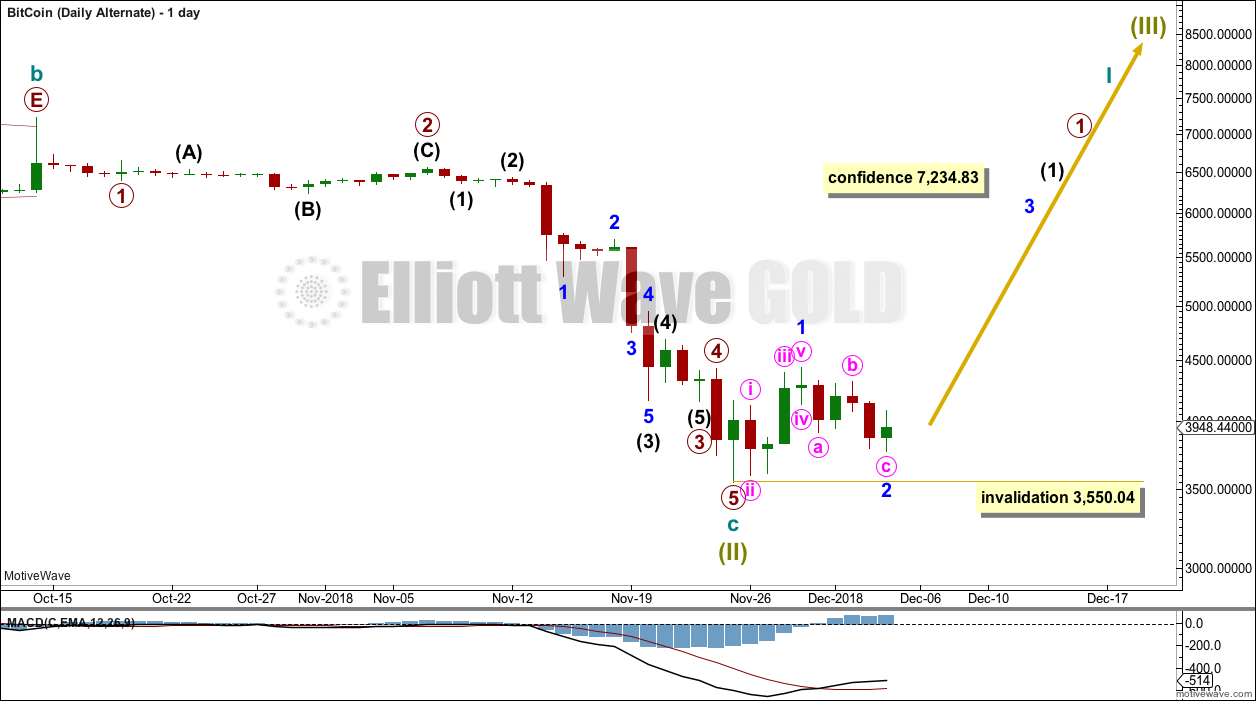 By moving the degree of labelling within cycle wave c up one degree, it is possible that the crash for Bitcoin could be over.

This wave count has a very low probability. It does not follow normal behaviour for Bitcoin.

Normal behaviour for an early second wave correction is for Bitcoin to retrace deeper than 90% of the first wave. This wave count expects that Super Cycle wave (II) was only 82%. While this is very deep, it is not as deep as is normal for Bitcoin.

A candlestick reversal pattern at the low of Super Cycle wave (II) would be fairly likely at the weekly chart level and not only the daily chart, which is not the case at this time. 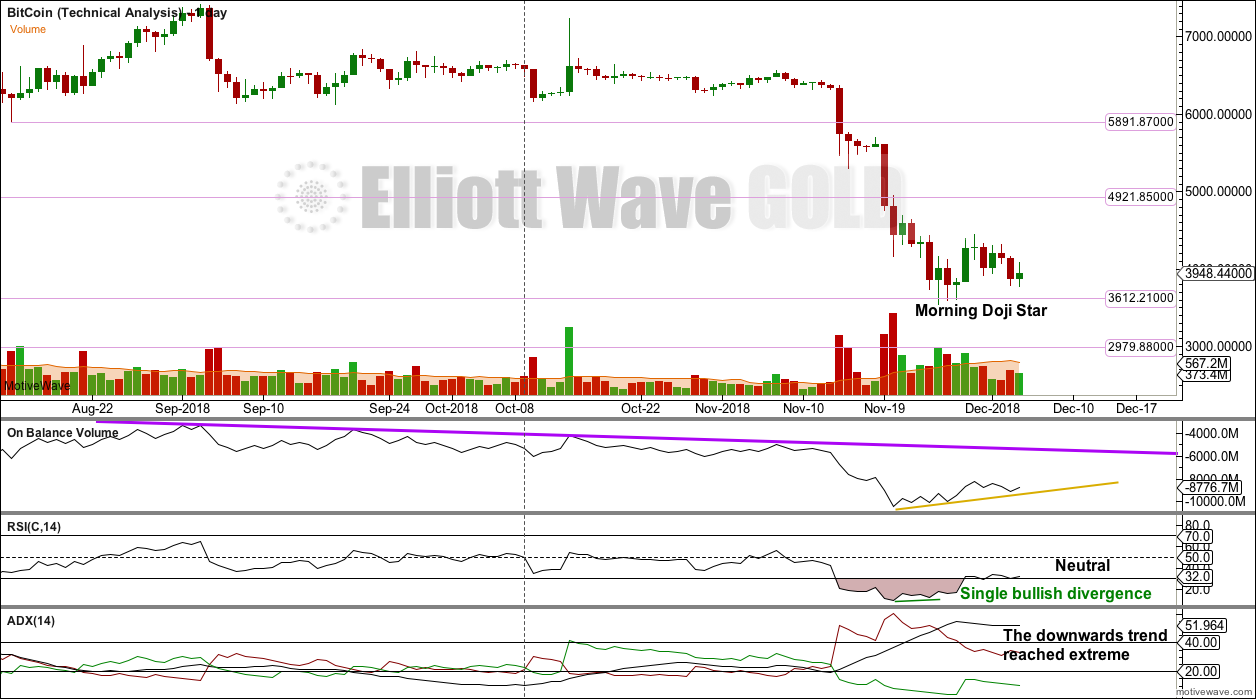 So far at the lowest low from the all time high Bitcoin has only retraced 0.82. While this is deep, its corrections are usually deeper than this.

A bounce or consolidation may unfold for the short to mid term. This view is supported by:

3. The short-term volume profile is bullish.

Support is identified on the chart.